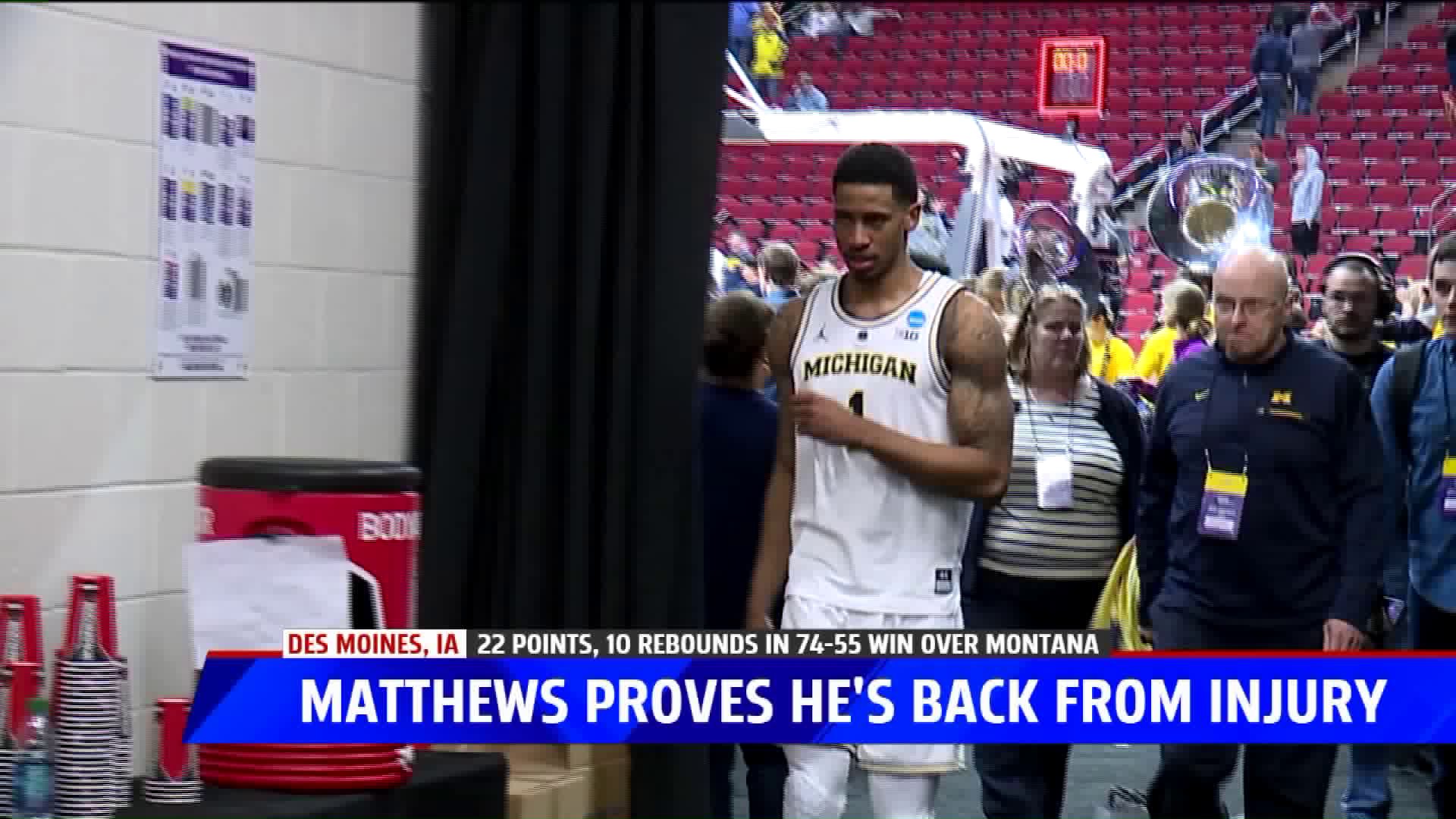 For Matthews, who missed some time due to an injured ankle, it was his highest point output since February 12th.  The redshirt junior also grabbed 10 rebounds in the game.