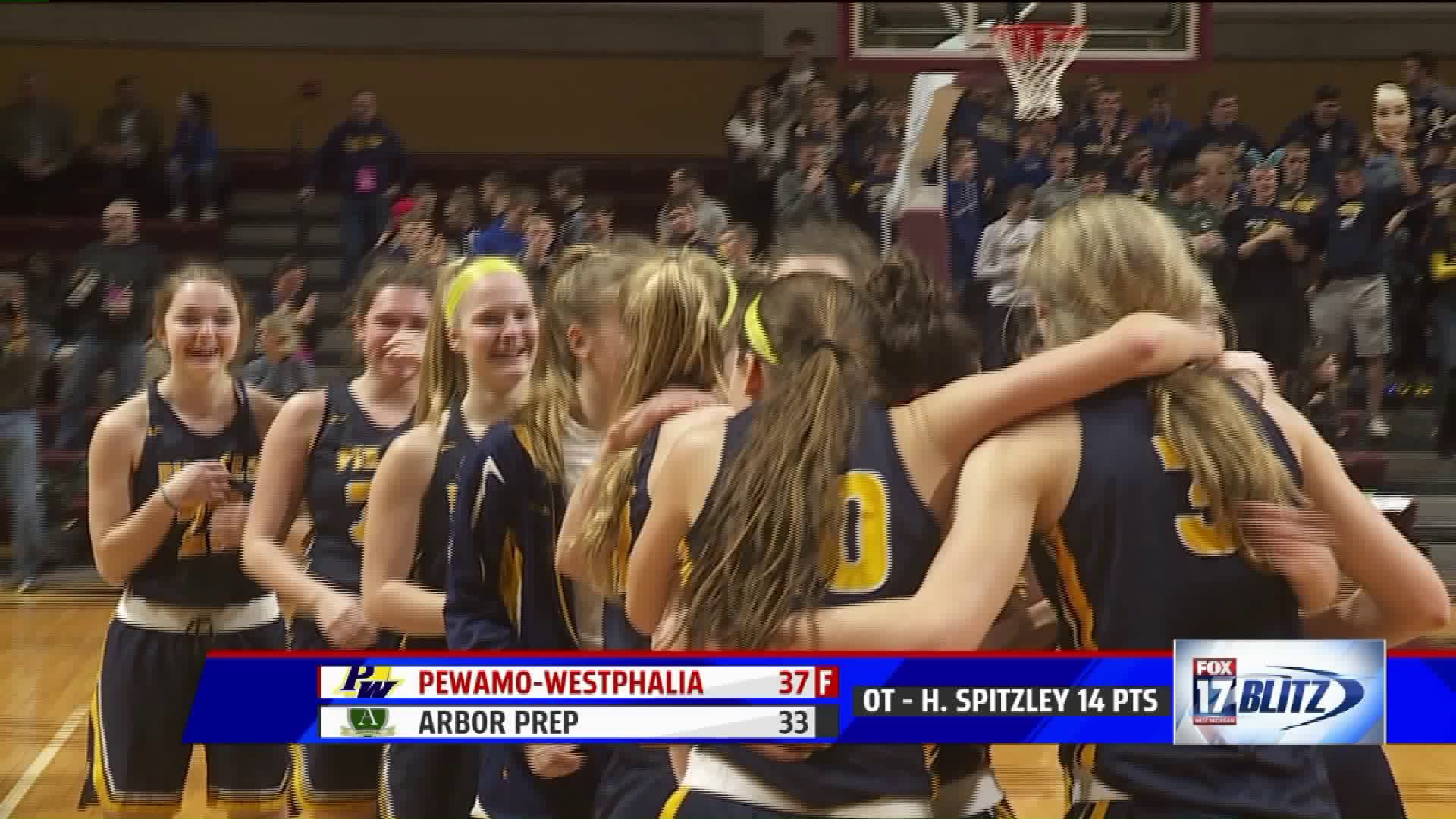 The Pirates advance to the division three state final

GRAND RAPIDS, Mich -- Pewamo-Westphalia scored first in overtime and never relinquished the lead on its way to 37-33 win over Arbor Prep in a division three state semifinal game Thursday at Calvin College.

"Oh my gosh it means the absolute world" junior point guard Ellie Droste, who scored 15 points, said.   "We've been so close every single year that I have been on this team and we are doing this for all the teams that have been here before us it is not just for us this year it is for all the teams that were here before us and just came up that short."

The Pirates lost in the championship game two years ago and in the semifinals last season.  Saturday they have a chance to win the state title in program history.

"I can't wait" junior forward Hannah Spitlzey, who scored a game-high 16 points, said.  "Since freshman year I've been thinking about it and it's in the back of my head all of the time and all of the work that you put in in the off season and practice and after practice you just want it to pay off."