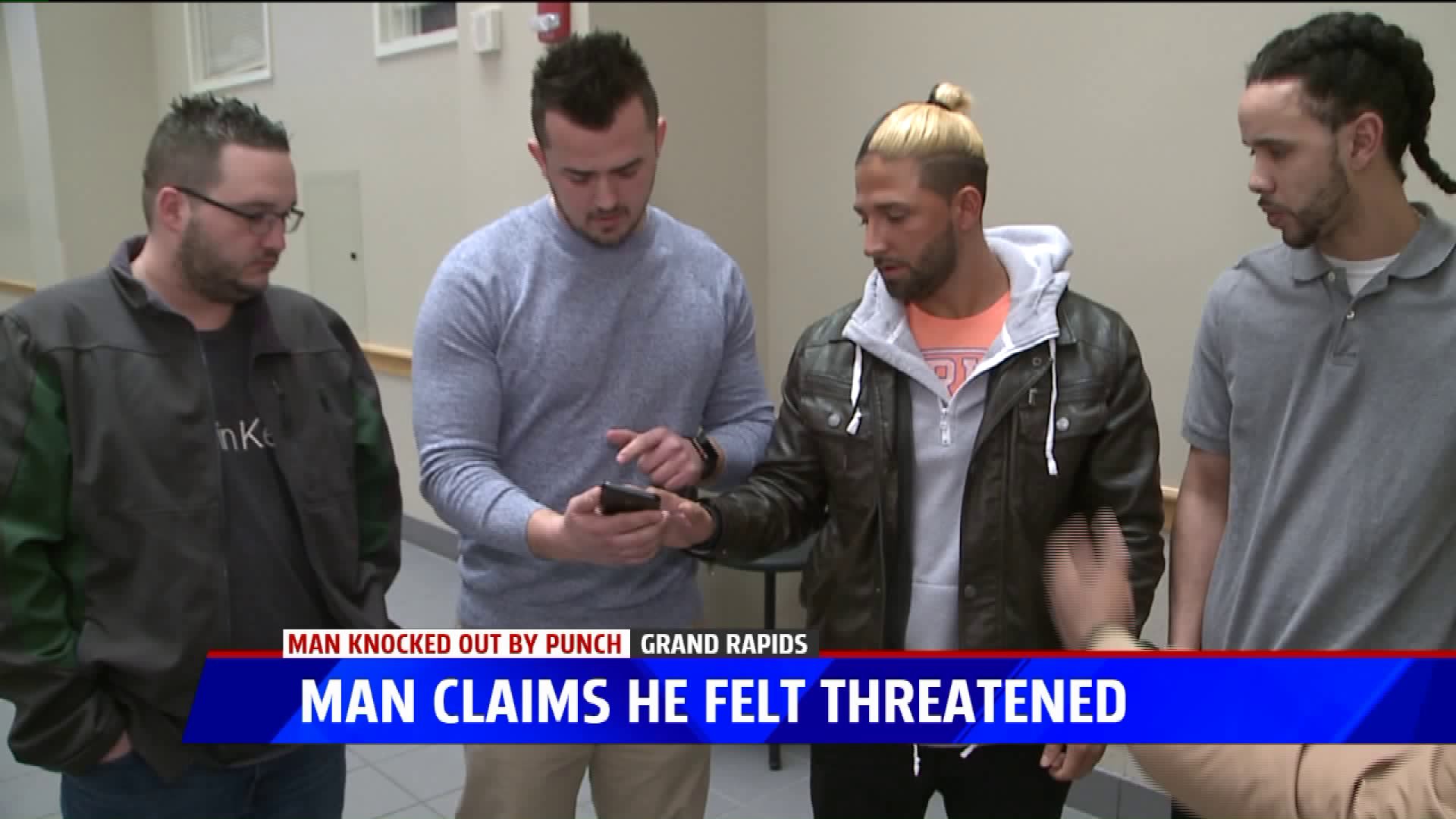 GRAND RAPIDS, Mich. -- Four men wanted for questioning after a fifth man was punched and knocked out cold on St. Patrick's Day have been identified and interviewed, according to Grand Rapids police. The man who admits to throwing the punch, Shawn Engstrom, also spoke with FOX 17.

He said trouble found him when he was out with friends, celebrating one of their birthdays on St. Paddy's Day. The end of what had been a good night was caught on surveillance video. Engstrom said it’s him on that video punching a man in the face.

He said before that, the man had been standing on the corner of Ionia and Cherry Street and hurled profanity and a homophobic slur toward the group.

"As he's walking towards me I didn't know what he was gonna do. It was just a reaction," he explained.

Engstrom said he has post traumatic stress disorder from previously being assaulted. He said he feared for his safety. The man fell out cold in the road after his punch. One of Engstrom's friends, Joshua Maysonet, picked up the man's cell phone.

He said he ditched it when he realized it belonged to the man who got punched. That video has gotten more than 23,000 views after Grand Rapids police posted it on Facebook page on Wednesday. They had asked for the public's help in identifying four of the men.

Engstrom said, "It was weighing on me for like two days, and then I called, as soon as I see it I gave [police] a call this morning."

The four friends, who said there was also a fifth friend, interviewed with investigators Thursday and hoped to clear their names.

Maysonet said, "I don't steal. I have no criminal record. I'm not a violent person. I'm a family man."

Engstrom said, "We weren't drunk. We weren't stumbling around. We were aware of what was going on. Yea, it's just unfortunate that that happened."

According to a news release from police Thursday afternoon, the man who was punched remains in critical condition. Engstrom said he'll have to wait to find out if any charges will be pressed.