Spartans and Wolverines prepare for opening round matchups 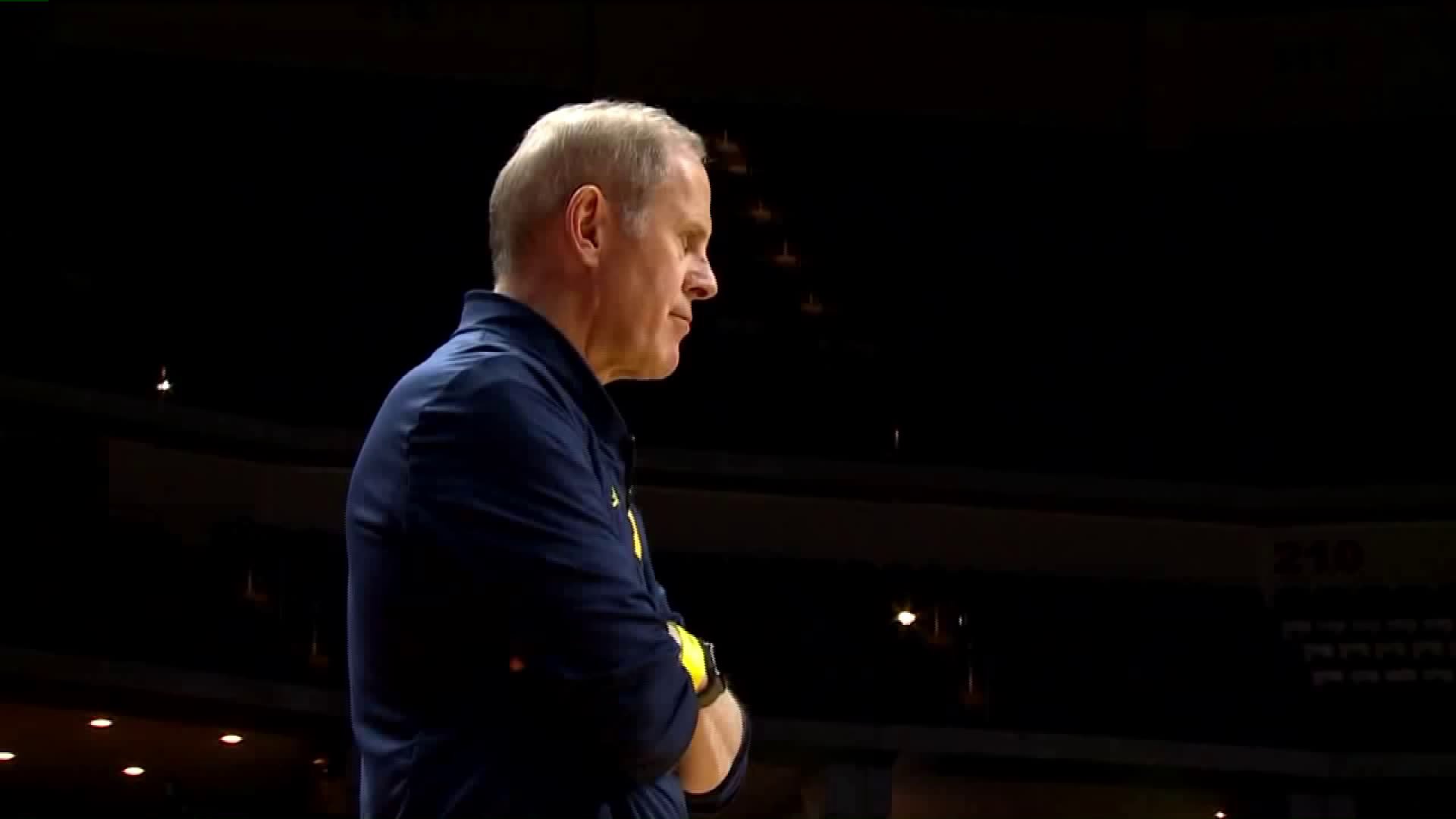 DES MOINES, Iowa -- Both Michigan and Michigan State square off against 15-seeds in the opening round in the NCAA Tournament on Thursday. The Spartans are focused on their matchup with Missouri Valley Conference champion Bradley.

"You can throw seedings out the window in this tournament," Spartans senior Matt McQuaid said, "they're good and that's all I see, I see a good team that we have to be ready for."

Tom Izzo says the Braves are a team they can't overlook.

"If there are upsets they happen with three-point shooting and not being ready to play," Izzo said Wednesday before practice, "I think we'll be ready to play but they have some shooters."

The 2016 NCAA Tournament is still fresh in some minds of the Michigan State seniors, after the two-seed Spartans fell to 15-seed Middle Tennessee State, ending their season. McQuaid and fellow senior Kenny Goins are focused on one game at a time and now younger players like Grand Rapids Christian product Xavier Tillman are understanding that mentality thanks to former Spartan, Matt Costello.

"Matt Costello is on our coaching staff a bit and he says all the time, 'don't take any game for granted, you have to be locked in from the jump, shots may not go your way but you can always defend and that's what we're going to focus on," Tillman added.

Meanwhile, Michigan is preparing for Big Sky regular season and tournament champion, Montana in a rematch of the NCAA tournament opening round from last season.

"They have a bunch of fourth and fifth year guys," Wolverine head coach John Beilein said, "that could make the difference. This is one of the better basketball teams of the lower seeds," he added.

In last year's tournament, the Grizzlies held an early 10-0 lead on Michigan before the Wolverines went on to advance with a double digit victory, that game is still fresh in the players' minds.

"They almost kicked our a** last year," senior Charles Matthews recalled, "they had a 10-0 lead on us so I know what they're capable of, we aren't taking them lightly at all."

For freshman Ignas Brazdeikis, it's all about how the Wolverines prepare for their opponents that has him confident.

"We prepare for every game very similarly and we take every team we play very seriously. I think that relieves a lot of pressure on the court, I know this is the biggest stage in college basketball so I'll be ready," Brazdeikis said.

Michigan State will face Bradley at around 2:45 pm ET while Michigan and Montana will tip sometime around 9:20 pm ET, both at the Wells Fargo Center in Des Moines, Iowa.