Wolverines look to lean on unselfishness in the NCAA Tournament 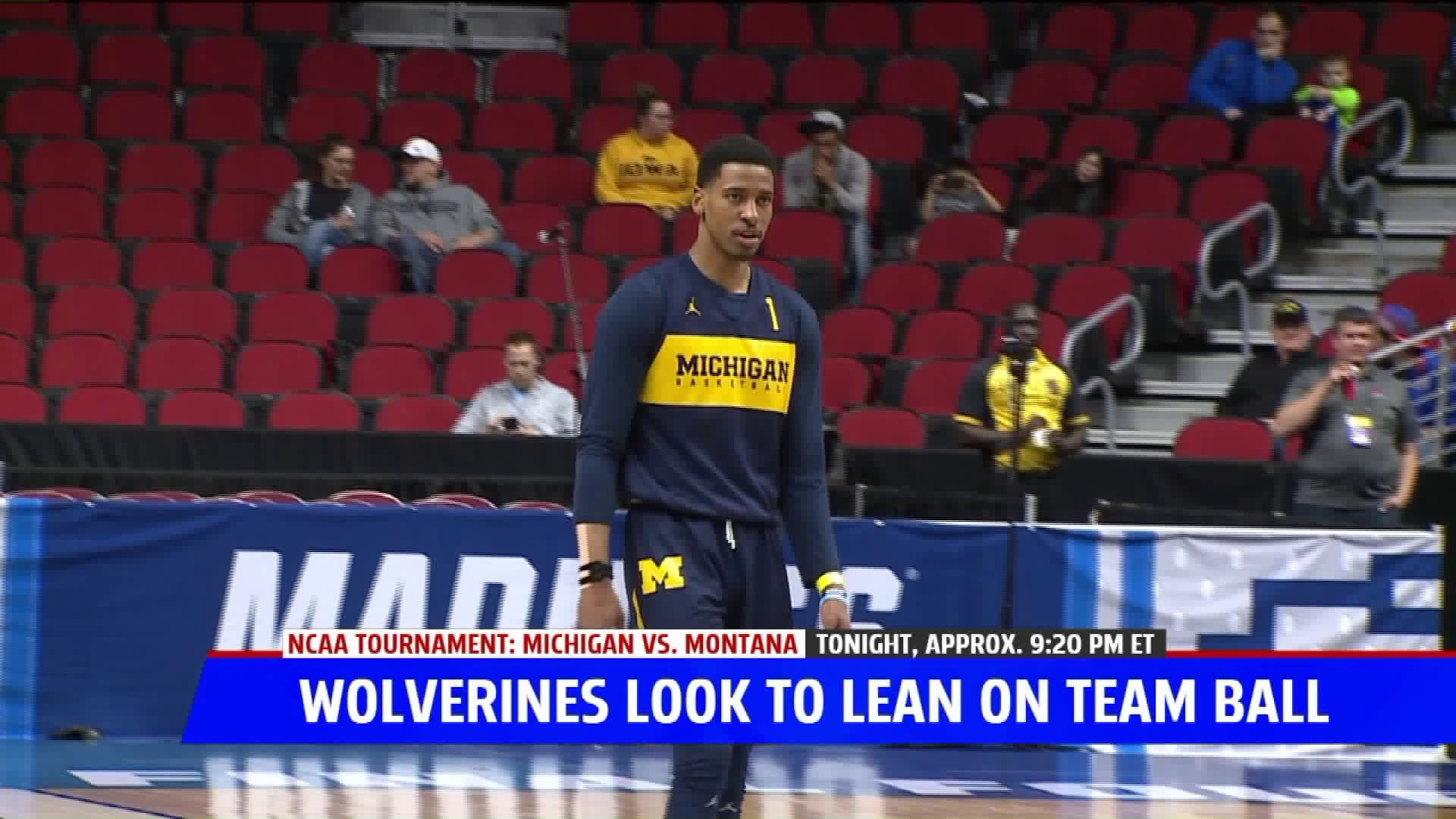 DES MOINES, Iowa -- The Michigan Wolverines are looking to lean on team chemistry and an unselfish way of play on Thursday night when they face Montana in the NCAA tournament.

"Team basketball and making the right plays," sophomore guard Jordan Poole said on what it will take to go deep into the tournament. "I feel like we've shown that in the Big Ten tournament games, being able to compete the way we did, I feel like that's what it'll take."

Kalamazoo Central alum Isaiah Livers is ready for his second trip to the NCAA tournament as well, but in a much bigger role this March.

The Wolverines are back to being the loose and fun locker room they were before Sunday's loss to Michigan State and have put that in the rearview mirror. According to senior Charles Matthews, there's a few keys to having a successful tournament.

The Wolverines face the Grizzlies in the late game on Thursday night, tipoff will be approximately 9:20 pm ET.