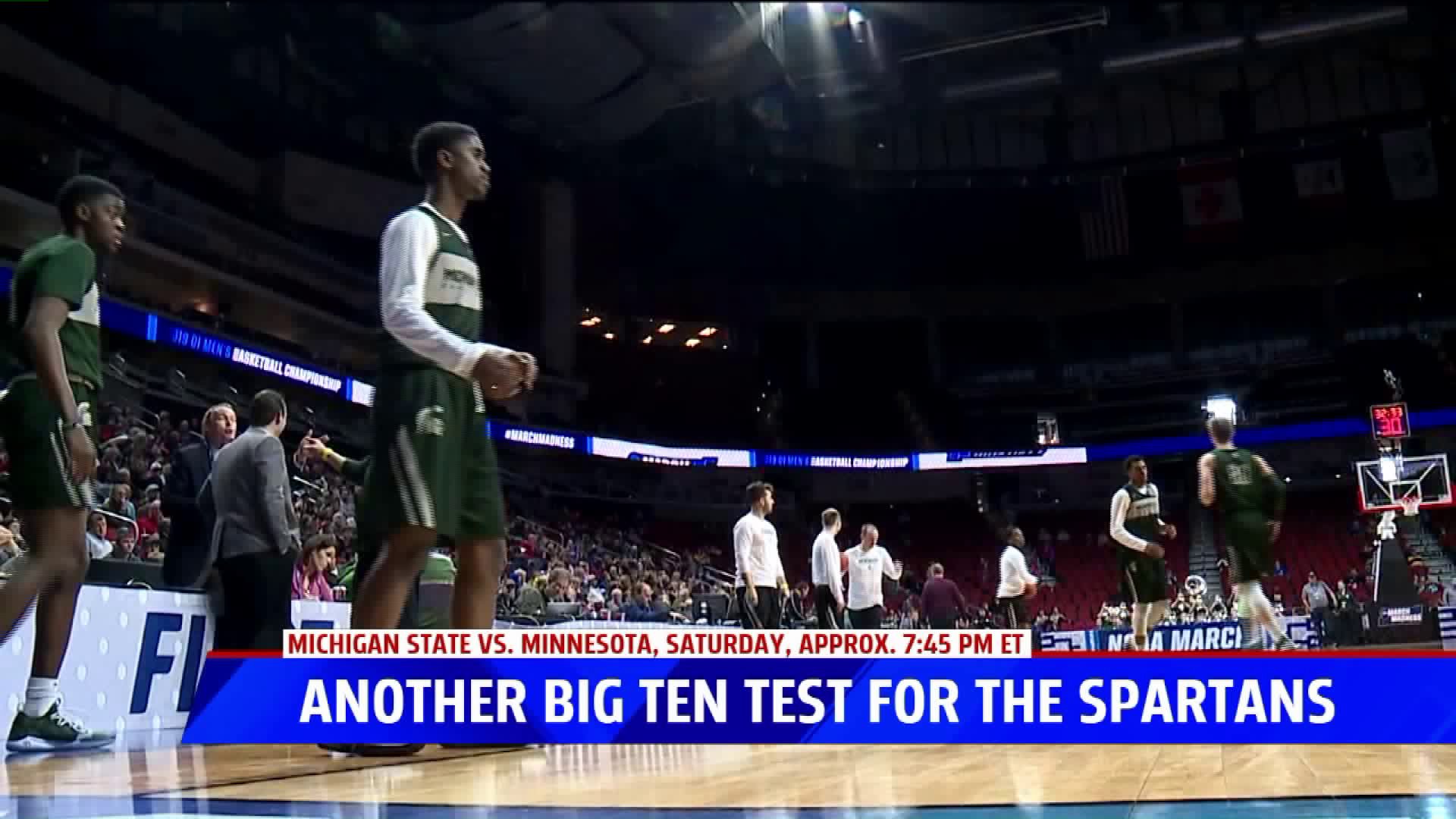 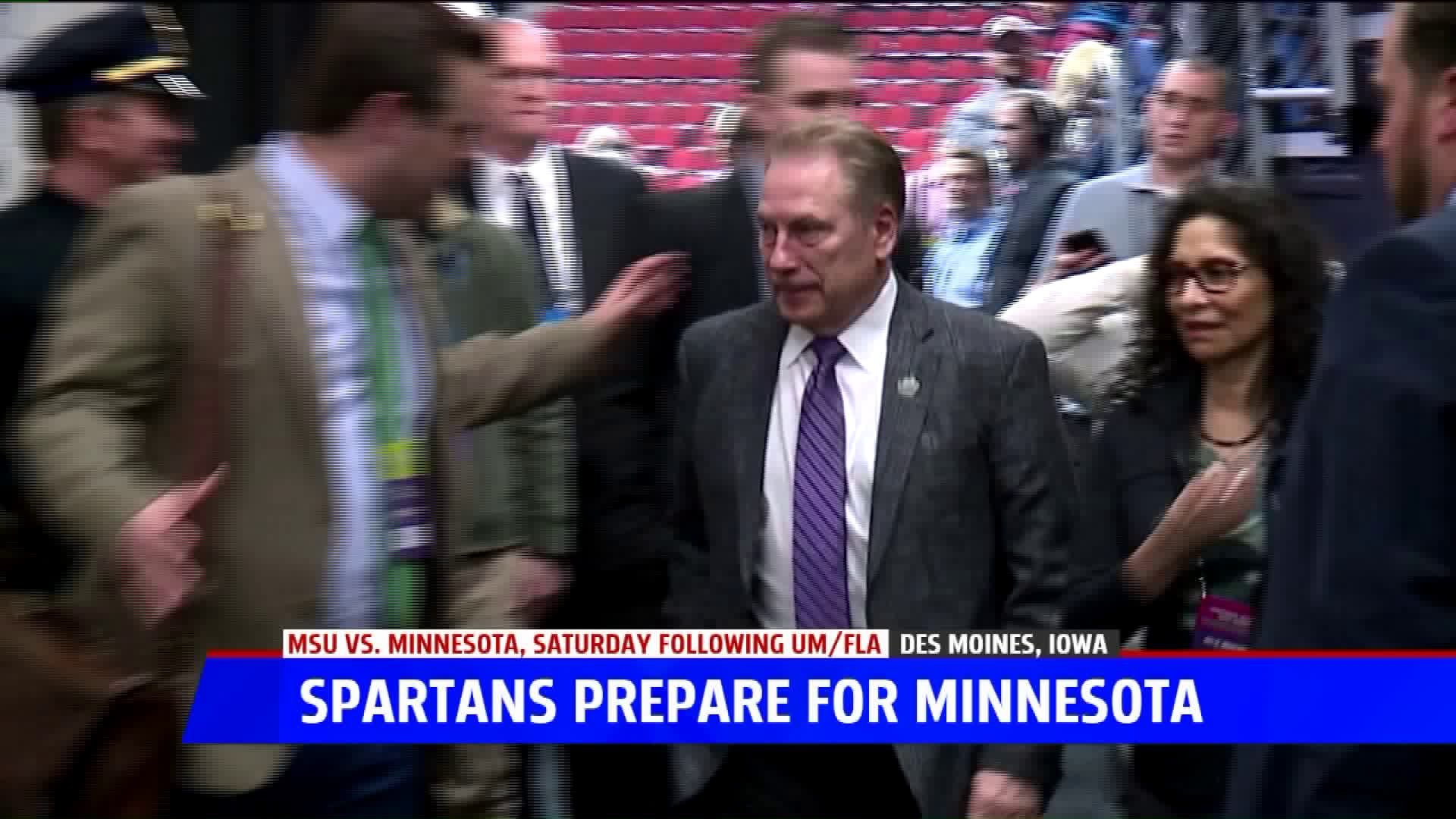 DES MOINES, Iowa — Michigan State has drawn conference foe Minnesota in the second round of the NCAA Tournament Saturday at Wells Fargo Arena.

"I don`t think anybody likes the fact that we have to play a conference game," Michigan State head coach Tom Izzo said. "You know, we felt like we just won the Big Ten Conference, then we won the Big Ten Tournament. Now we've got the Big Ten NCAA tournament. It doesn't make it any easier cause they're a  different team than the one we played and so are we."

The Spartans won the only regular season matchup between the two 79-55 Feb. 9 at the Breslin Center in East Lansing.

"It`s gonna be a huge challenge," Michigan State junior point guard Cassius Winston said. "They are playing much better than when we played them before, their two guards are playing really well right now. But like I said, it's the Big Ten, so you know it's going to be a battle, and I feel like we're comfortable in that."

"Our scouting report, I feel like we can rely on that," Michigan State sophomore forward Xavier Tillman said. "We have played them before, and we`re comfortable, a little more comfortable, because with a new team you've got to adjust to all their plays, and their schemes and how they do stuff."

Saturday's game is scheduled for around 7:45 p.m. or 30 minutes after the Michigan-Florida game ends.