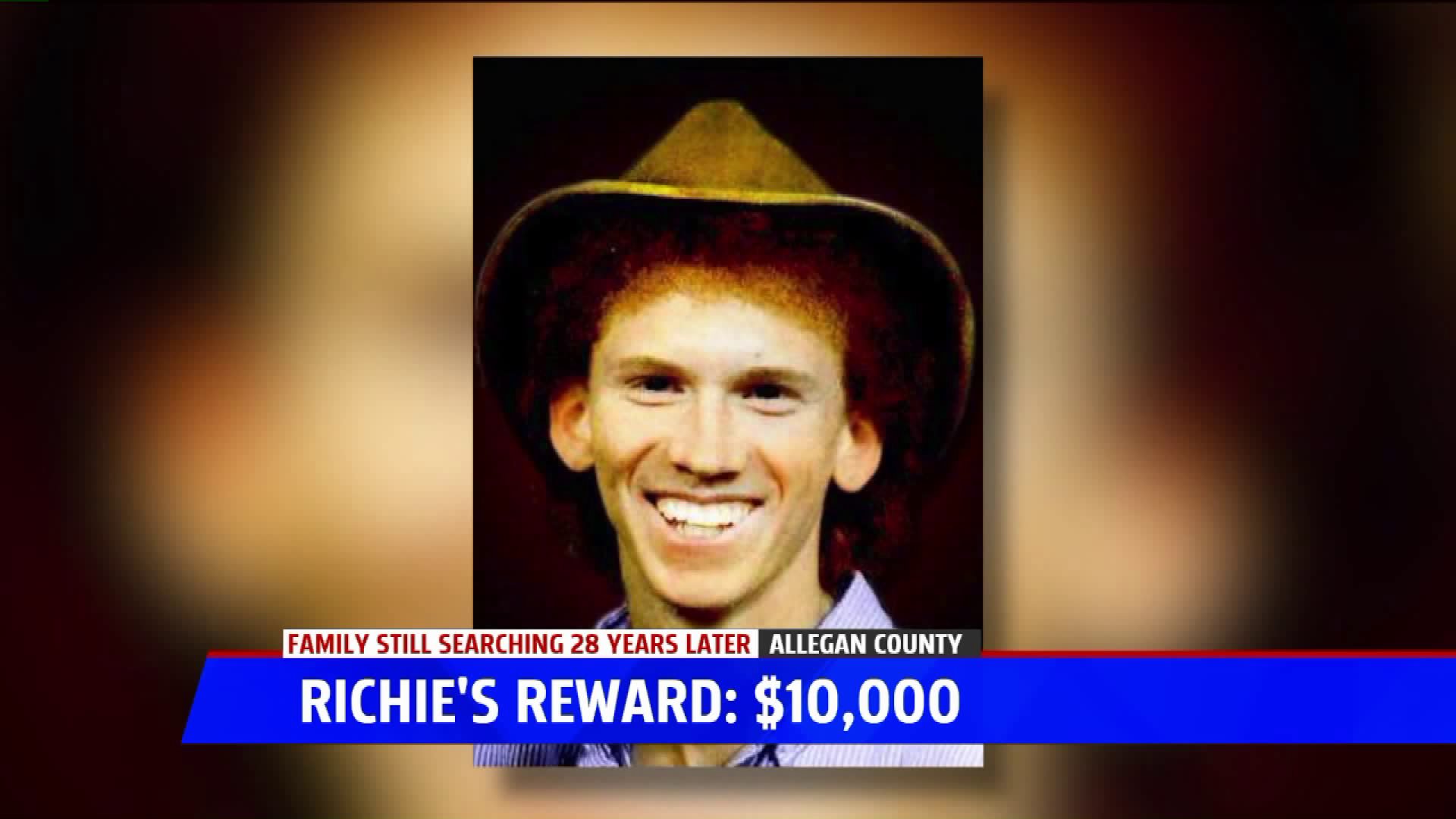 ALLEGAN, Mich.--It's been 28 years since Richard Hitchcock vanished without a trace. But, his family continues to search for answers about his disappearance. With help of the community, their offering their biggest cash reward yet.

It's been 28 years since Kellie Boers has seen her cousin Richard Hitchcock.

"Somebody knows what happened and where ever they put him we just want that answer," says Boers.

He hasn't been seen or heard from since.

28 years later and his family tells me they are still hoping to answer this question: what happened to richie?

"I want to see some closure I want to be able to find him," says Steve Hitchcock, Richie's brother.

THIS IS NOT THE FIRST TIME BOERS HAS STOOD IN FRONT OF A MIC THANKING A CROWD OF PEOPLE WHO LOVE RICHIE.

Spending the years waiting for answers. Raising a cash reward for details about his whereabouts to five thousand dollars.

But Saturday night, she up the ante.

"Our goal today is to raise five thousand dollars. We're hoping that 10 thousand dollars a price tag that somebody is willing to come and collect that money on and tell us where his body is," Boers says.

This is the biggest reward Richie's family and friends have offered and they say they'll keep going.

Because to them giving up on Richie is not an option.

Boers says they've raised the money need to make the cash reward ten thousand dollars. The remainder of the funds will be used to help other families with missing loved ones. The Facebook page dedicated to finding Richie has been active for years and is a great place to donate and send information. If you have any information about what happened to Richie or where is remains are you can also call the Allegan county sheriff's office at 269-673-0500.