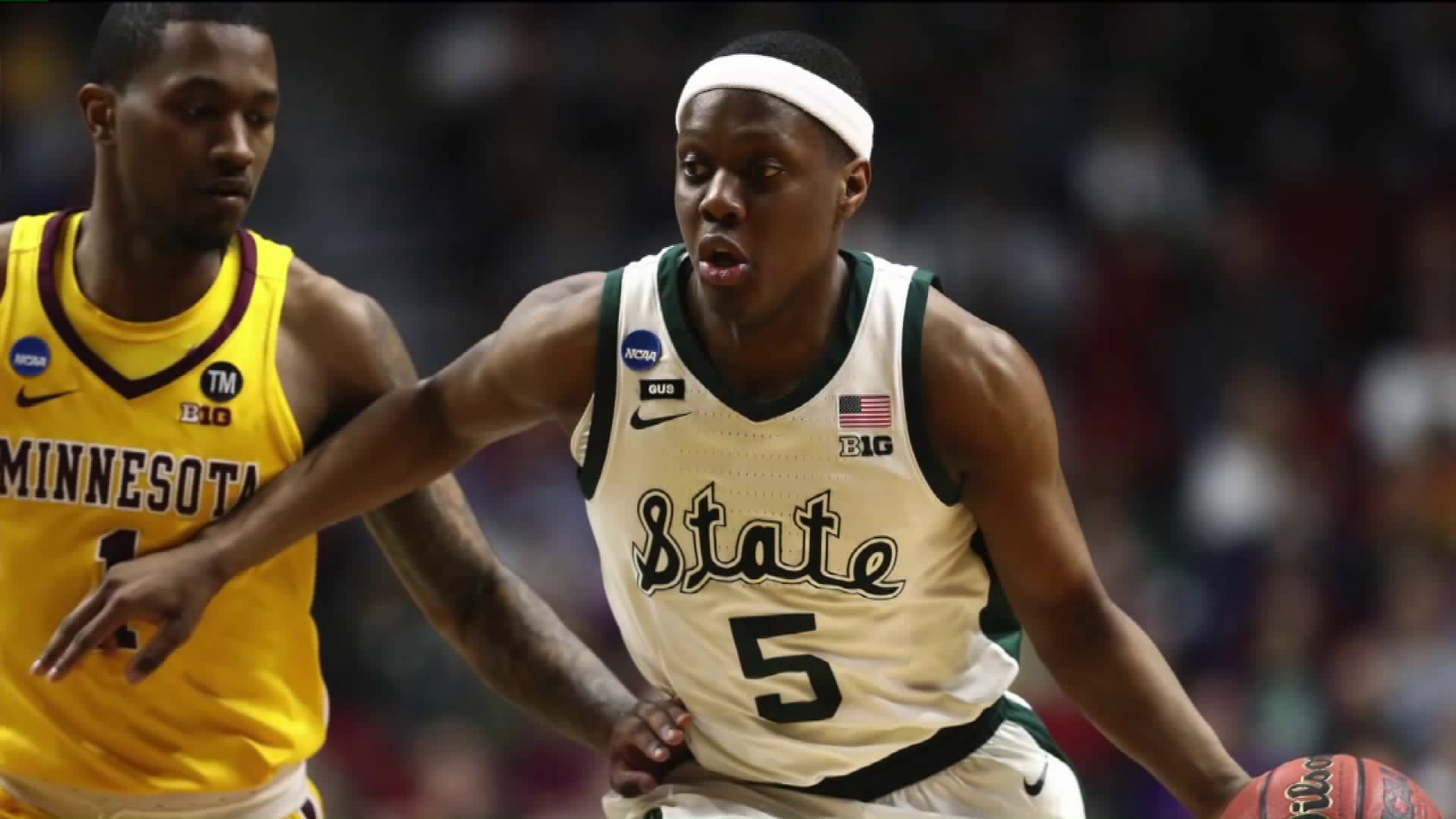 DES MOINES, IA. -- Michigan State has punched its ticket to the Sweet 16. The Spartans thrashed Minnesota on Saturday night in the second round of the NCAA Tournament, 70-50 .

And in so doing, second-seeded MSU moves on to play LSU, seeded third in the tournament's East Region semifinal in Washington, DC. The victory ends a frustrating three-year drought from the Sweet 16.

The Spartans' Saturday night romp over Minnesota resembled the 79-55 spanking Michigan State delivered to the Golden Gophers in their regular-season game back in February. This time, Minnesota was missing star senior Jordan Murphy, who is nursing a back injury sustained in an opening-round game against Louisville.

After trailing 33-19 to Michigan State at halftime, the Golden Gophers roared back to pull to within nine points, 40-31, before the Spartans cranked it back up. They went on a 12-2 run and took a 52-33 lead with 10:35 to go in the second stanza.  Winston scored seven straight points during that run. One highlight was a steal followed by a three-pointer moments after the junior point guard took a blow to the head and hit the deck.

Michigan State (30-6) led by as much as 20 points in the first half, with a commanding 24-9 rebounding advantage at one point. The only thing that kept Minnesota in the game in the first half were repeated turnovers that the Golden Gophers converted into most of their points.

Gabe Kalscheur #22 of the Minnesota Golden Gophers shoots the ball against Kenny Goins #25 of the Michigan State Spartans during the second half. (Photo by Jamie Squire/Getty Images)