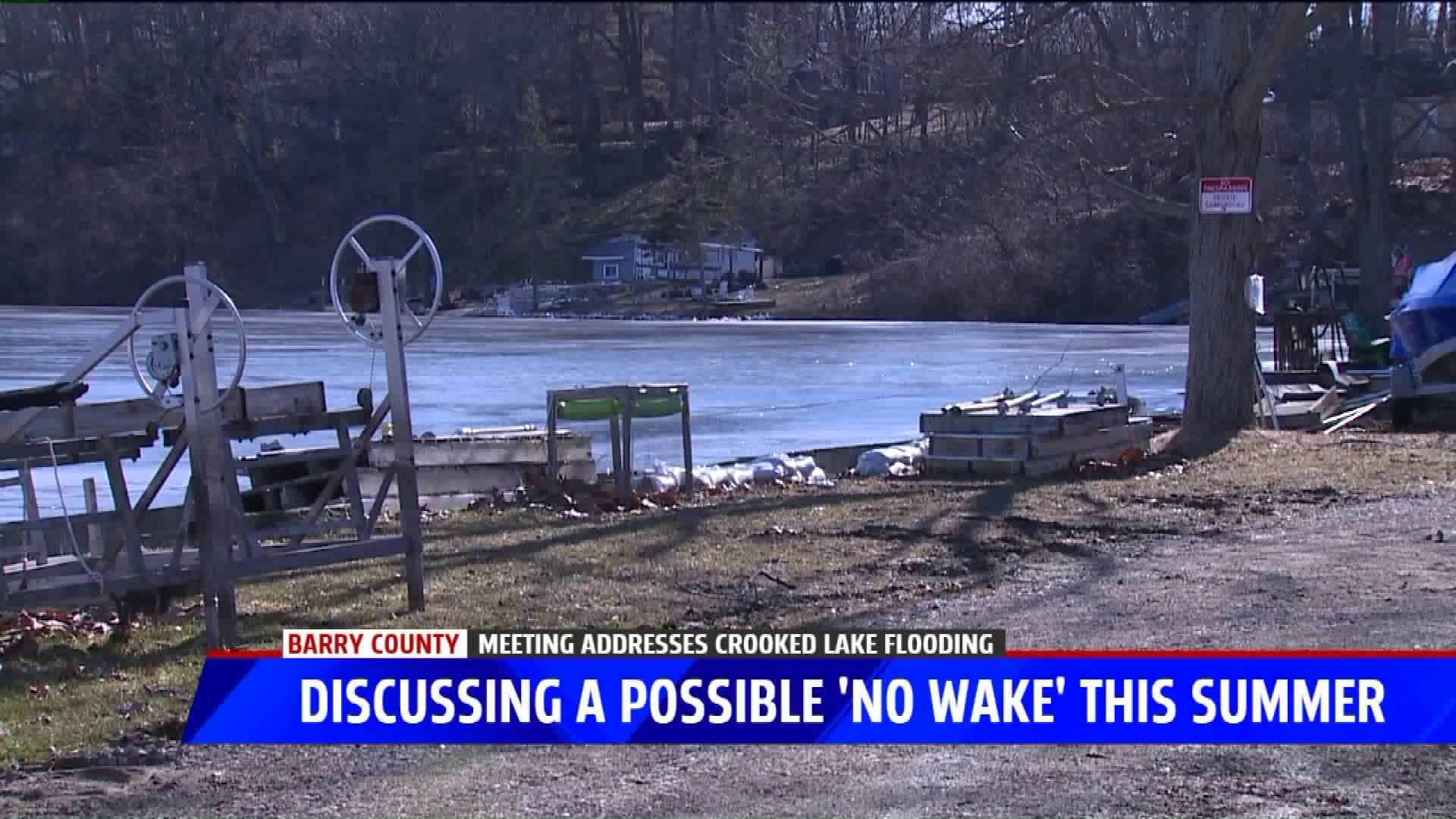 No wake discussion for Crooked Lake

PRAIRIEVILLE TOWNSHIP, Mich. — Spending summer days on the lake is a Michigan staple, but people who live on Crooked like are trying to navigate mixing summer fun with record flooding.

Some residents suggested making the entire lake a no-wake area, while others wanted to find a solution to allow people to use the public boat launch while keeping the hard-hit areas safe.

“The wake that boats are making when they’re out having fun is minimal to what God is doing to them,” Simpson said. “All you gotta do is have a wind storm and you can’t stop the wind from blowing 20 miles per hour all day.”

Area fishing clubs want to have contests, which would produce some waves, but want to compromise first. Suggestions ranged from temporarily suspending wake to mapping out areas where fisherman should slow down.

Overall, those who attended the meeting agreed it was a community decision, but no official determination was made Monday night.