Kent GOP energized ahead of Trump rally in Grand Rapids 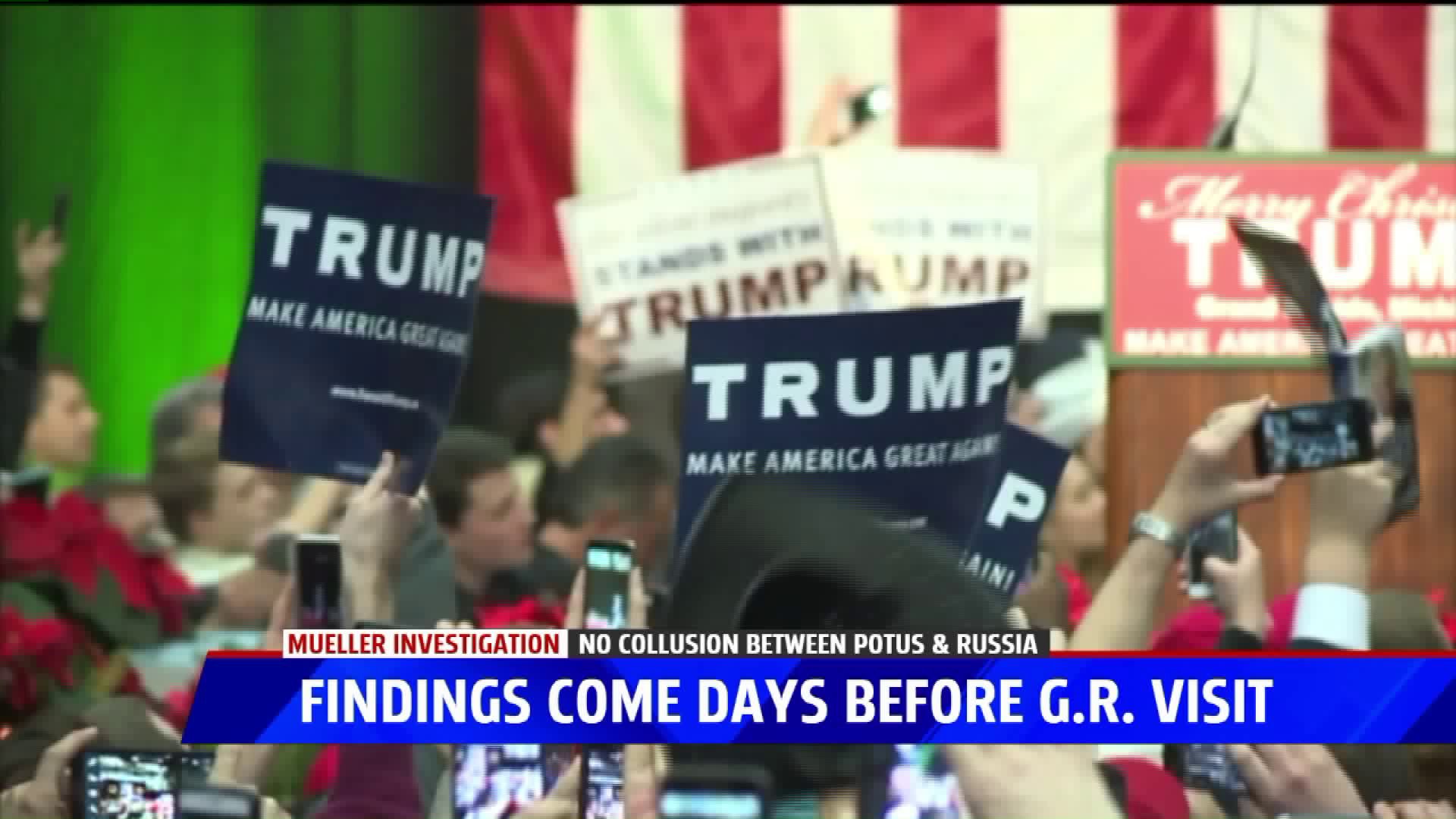 Thursday's rally will be the president's first major public appearance since Barr's summary of the Mueller investigation clearing the president and his campaign of colluding with Russia. The summary is less clear when it comes to obstructing justice.

Still, the president and his supporters feel vindicated after a nearly two-year investigation.

“This confirms what all of us here in Kent County, all Republicans, what we’ve already expected to see that 'yep, no collusion.' That’s what we expected," Executive Director of Kent GOP Shana Shroll said.

Shroll says the news of the conclusions of the Mueller investigation will fuel an already energetic crowd at Thursday's rally.

“There has been so much excitement in this community just from the moment we found out that he was coming," Shroll says.

Michigan Democrats in Congress aren't as quick to call the investigation quits, demanding that the full Mueller report and its underlying documents be made public.

The Special Counsel's entire report should be made public. The Attorney General's summary raises many questions, which is why full transparency is necessary.

Congress and the American people should have the opportunity to read every page of Special Counsel Mueller's report.

Protesters are expected to show up outside the president's rally, something Shroll says doesn't faze her party.

"I think there’s always gonna be a give and take between Republicans and Democrats on any of these issues," Shroll says. "But you know, I feel good about it and like I said, my number one priority right now is just making sure that we get through Thursday and have a great showing for President Trump when he’s here for the rally."

Though the 2020 election is still over 19 months away, the fact that the president chose West Michigan as a rally stop during this critical week in his presidency has local supporters excited that more presidential appearances may be in store.

“It’s a great opportunity and it indicates to us that the president is taking Michigan seriously, Sholl says. "Obviously it is a battleground state. He won it in 2016, which was incredible and so he’s obviously making that a priority again in 2020 and so, we’re gonna be ready for it.”

Meanwhile, Trump remains the subject of over a dozen investigations. Many experts focusing on the Southern District of New York's investigation into matters including the president's alleged hush-money payments and business dealings.