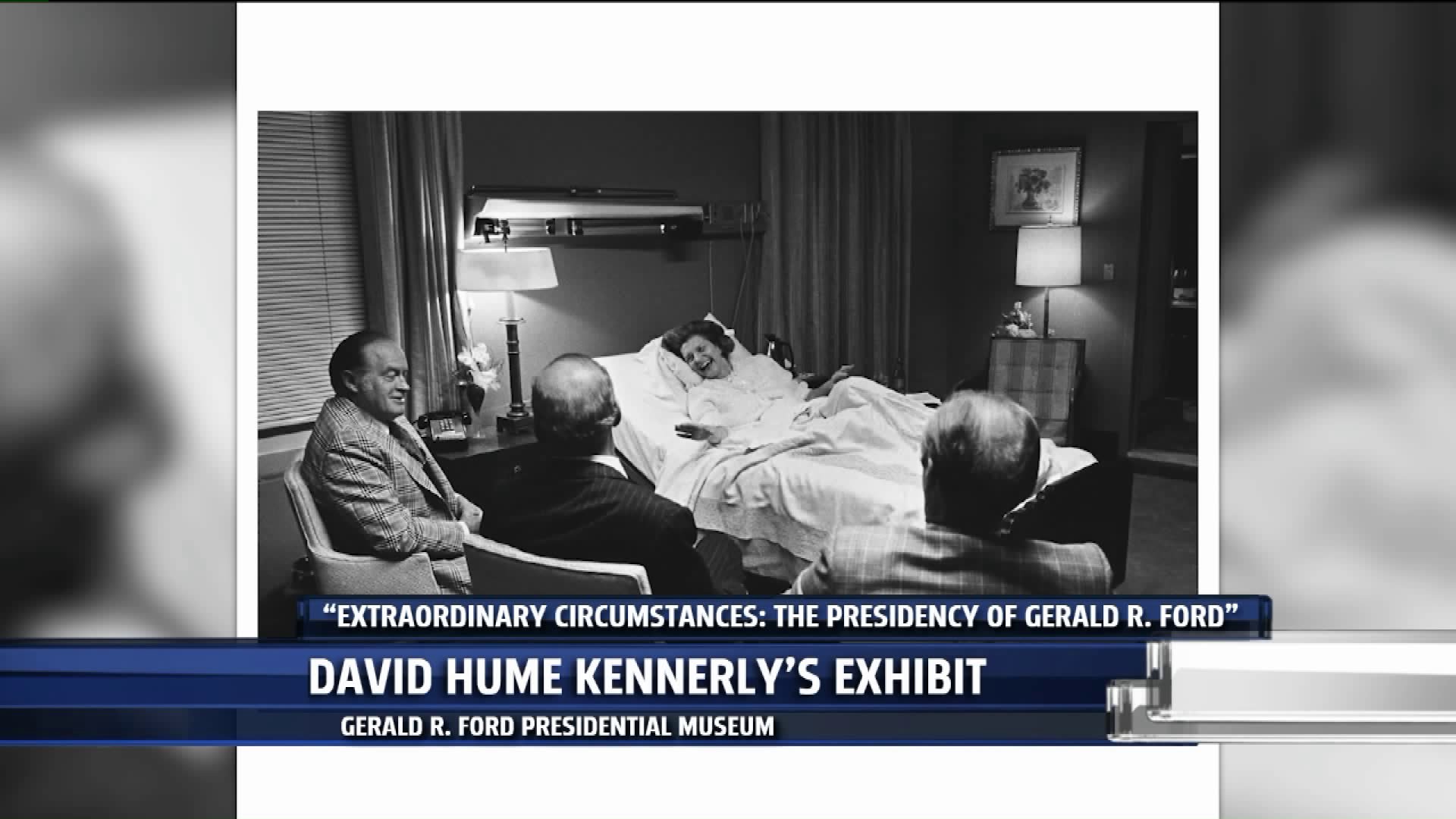 With their life literally on display at a local museum, there are still some very candid moments from late President Gerald R. Ford and First Lady Betty Ford's life that people might not have seen. But now they can with a new photo exhibit now on display at the Gerald R. Ford Museum.

Susan Ford Bales, daughter of the late president, talks about the exhibit and shares stories behind some of the photos taken.

Photographer David Hume Kennerly’s exhibit “Extraordinary Circumstances: The Presidency of Gerald R. Ford” is a collection of major events and behind doors candid moments of President Ford's presidency and the Ford family.

In 1972, Kennerly was awarded the Pulitzer Prize in Journalism for a portfolio of his photos from the Vietnam War, the Ali-Frazier fight, refugees from East Pakistan in India, and combat in Cambodia. Two years later, at age 27, he accepted an appointment to serve as Ford's chief presidential photographer.

The Chief Presidential Photographer at that time had unfettered access upstairs, downstairs, to him, his family, and the inner workings of the White House. So David’s work not only captured historic images of the presidency but also the personal side of the Ford family

The exhibit opens with a ribbon cutting at 5 p.m. tonight and the full exhibit open to the public on Tuesday

More information can be found at fordlibrarymuseum.gov.