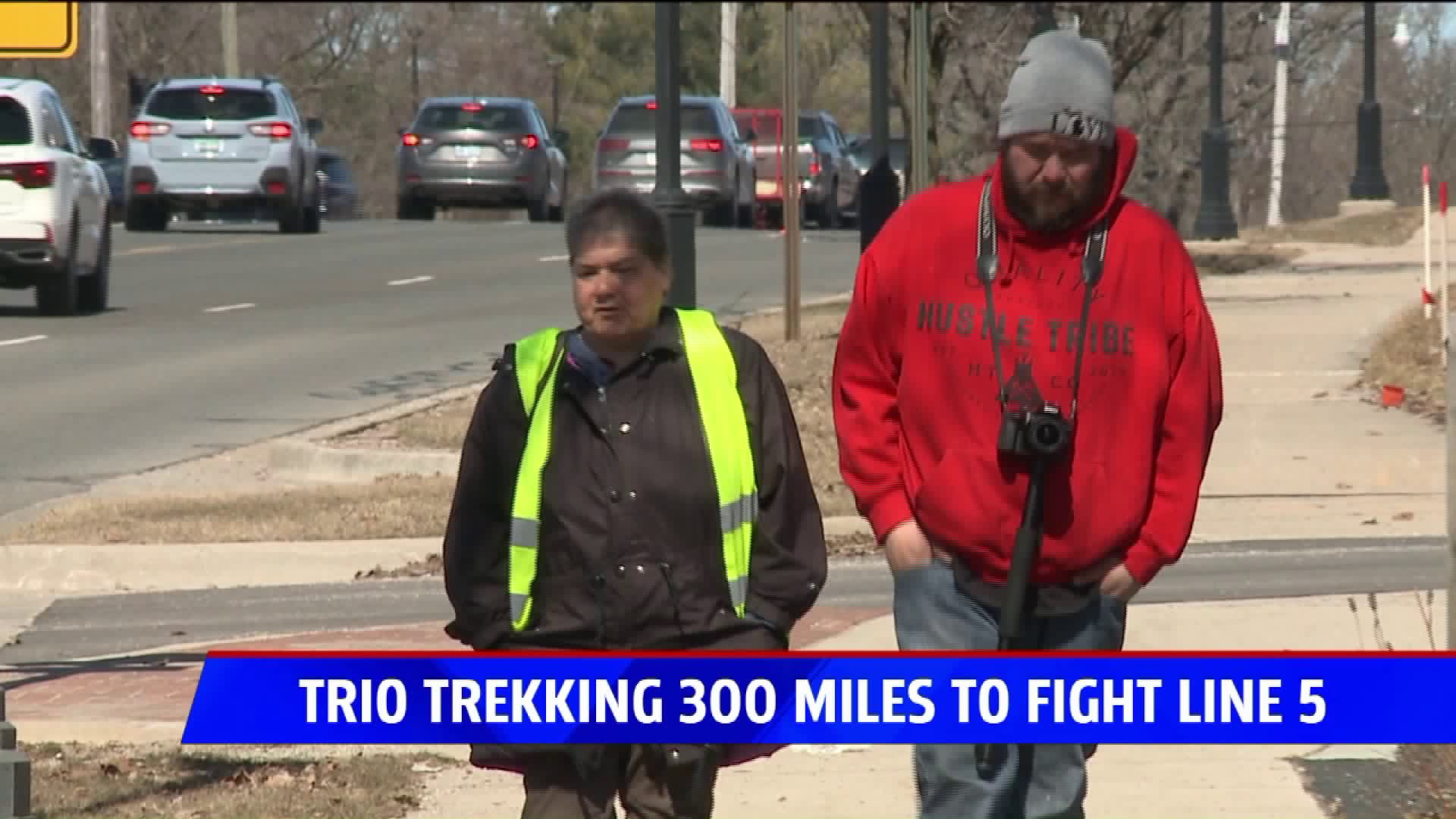 The indigenous group is seeking to shut down Enbridge’s Line 5 pipeline.

Nancy Gallardo, Cody Bigjohn Jr., and Sarah Shomin started their trek at the end of February and plan to make it to Lansing on Friday.

The group has been using the statewide journey to raise awareness about Enbridge’s Line 5 project.

“It’s really an epidemic of bad water in this beautiful ‘Pure Michigan’ state,” says Gallardo. “We’re finding it’s not so pure. There’s a lot of polluted waters in this state.”

Along the route, the group tries to talk with those they meet and educate them about their mission. They’ve also been sharing their journey on social media by posting photos and memories online.

Once the group makes it to Lansing, they hope to talk with lawmakers and Gov. Gretchen Whitmer about the future of Line 5.

Ultimately, they would like to see the pipeline entirely shut down. They also want the governor to live up to her campaign promises. Whitmer previously pledged to block a plan that would allow parts of Line 5 to be replaced using a tunnel under the Straits of Mackinac.

Enbridge Energy provided the following statement about the pipeline:

"Line 5 is important infrastructure for Michigan – serving propane needs, moving Michigan production and providing crude supply to refineries that serve the State.  Enbridge’s Line 5 is pivotal to the quality of life most people in Michigan enjoy and to the State’s economy. On an average day, Line 5 delivers 540,000 barrels (22.68 million gallons) of light crude oil and natural gas liquids to facilities in Michigan’s Upper Peninsula, and refineries located in Detroit, Toledo and Sarnia, Ontario.  Line 5 is part of a larger energy infrastructure system serving Michigan and the region and is a critical infrastructure element ensuring the safe transportation of the following:

Line 5 is also an important piece of the larger oil and natural gas industry in Michigan which: