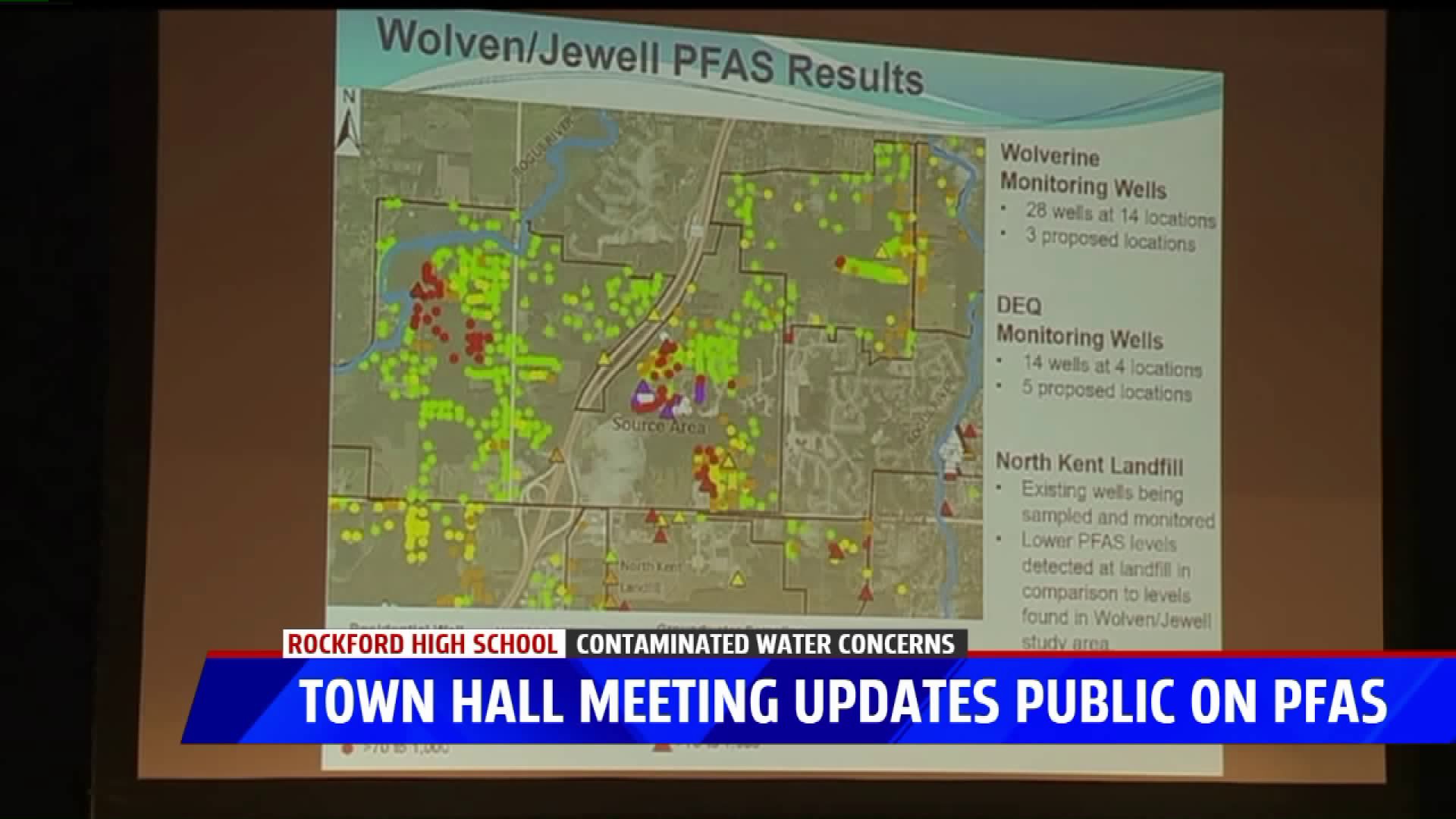 The Environmental Protection Agency and Michigan Department of Environmental Quality sent representatives to present the latest research into the contamination linked to Wolverine Worldwide.

Test results from three sites linked to Wolverine were presented at the meeting.

Out of 561 results, 77 are still testing over the recommended 70 parts per trillion in the Wolven and Jewell area, 39 are above the limit near the House Street dump, and none are above 70 ppt near the North Kent landfill.

The EPA outlined plans to start what is being called “cleanup action” this summer, though it’s unclear what that exactly means.

Part of the update Tuesday night was Wolverine continuing to work with the MDEQ to install whole-house and point of use filters in the community. The company is also conducting sampling of the wells and reporting results.

Part of the plans for the future include forming a community advisory group.

“We`ll be able to review the reports that come in and maybe give some guidance, opinions to those as they go out to the community,” said Jennifer Carney, one of the residents affected by PFAS.

Carney said she thinks the cleanup process is going to take years, which is why it’s important to get the community involved.

“This is not going away anytime soon, so that`s why when we formed this community advisory group, we will definitely need to have people who have been affected in one way or another, so they will be invested in this.”