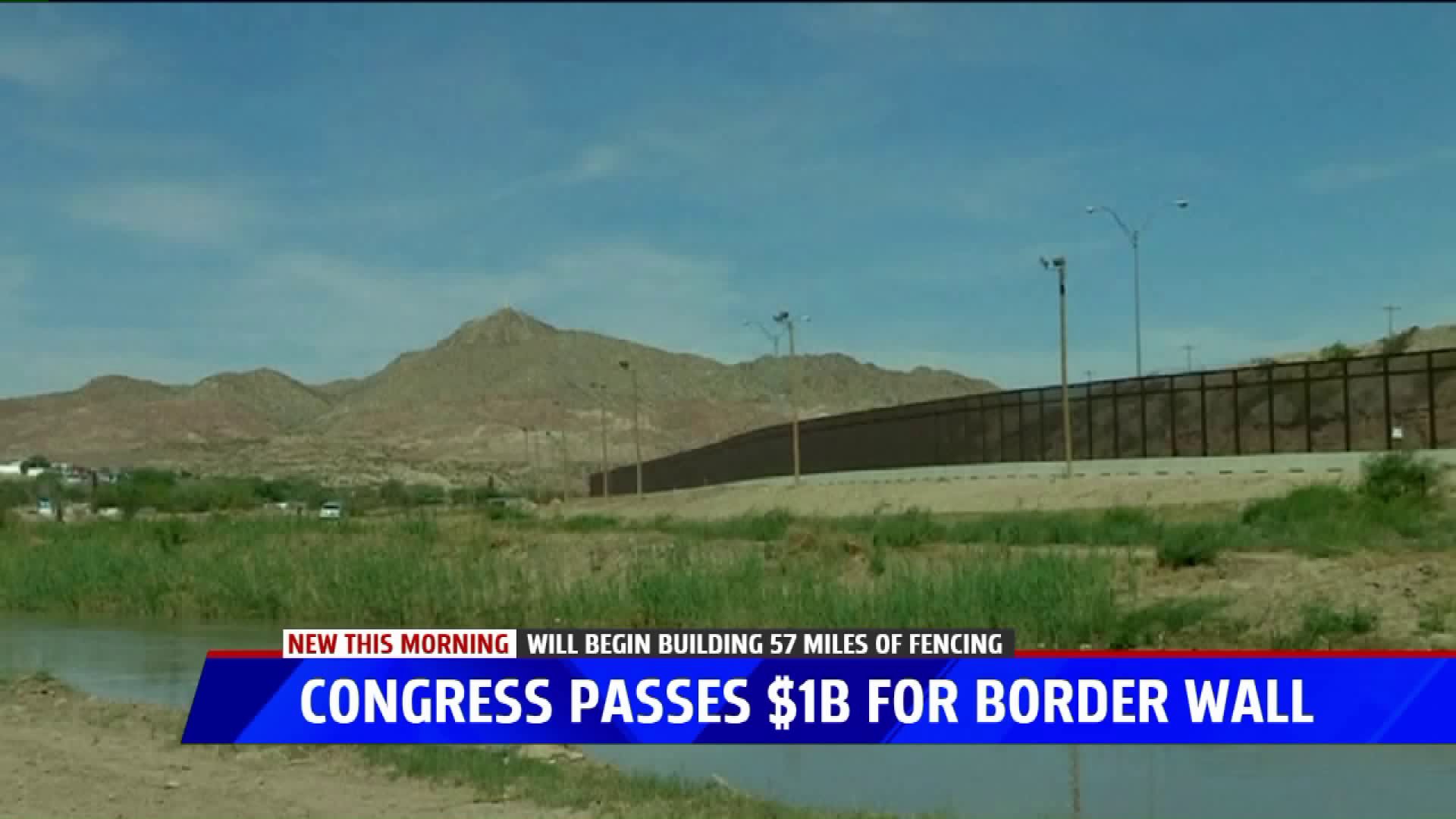 (FOX NEWS) -- The Pentagon notified Congress late Monday that it authorized the transfer of up to $1 billion to erect 57 miles of "pedestrian fencing" along the U.S.-Mexico border in direct support of President Trump's national emergency declaration from last month.

The fencing, which will be 18 feet high, is to be erected in the Yuma and El Paso sectors, the statement read. The Pentagon's announcement was notable. A reporter from the New York Times tweeted that it is the first time the funds will be transferred under section 284 for the border wall.

Section 284 allows the Pentagon to "construct roads and fences and to install lighting to block drug-smuggling corridors across international boundaries of the United States in support of counter-narcotic activities of Federal law enforcement agencies," the statement read.

The Pentagon's announcement was made as Trump nears a victory over Democrats as the House tries to override his first veto, a vote that seems certain to fail and allow his declaration to stand. The vote, which is set for Tuesday, would keep the border emergency intact, which for now, would allow the president to shift an additional $3.6 billion from military construction projects to work on a barrier along the southwest boundary.

"The president will be fine in the House," said Minority Leader Kevin McCarthy, R-Calif., in a brief interview. "The veto will not be overridden."

Donald Trump Jr. tweeted, “Christmas came early this week,” in response to the announcement.  He was likely also referring to special counsel Robert Mueller’s report that said there was no evidence of collusion between the Trump campaign and Russia in the 2016 presidential election.

Patrick M. Shanahan, the acting Secretary of Defense, announced that the funds will be used to support the Department of Homeland Security and Customs and Border Patrol. He authorized the Army Corps of Engineers to begin its planning and execution.

A group of Democratic senators criticized the Pentagon’s move and called the maneuver a violation of congressional appropriations, Bloomberg reported. Democrats have called the national emergency declaration a crisis manufactured by Trump

"The $1 billion reprogramming that the department is implementing without congressional approval constitutes a dollar-for-dollar theft from other readiness needs of our Armed Forces," Sens. Patrick Leahy, D-Vt., Dick Durbin, D-Ill., and others wrote in a letter to Shanahan, according to the report.

Even with his veto remaining intact, Trump may not be able to spend the money for barriers quickly because of lawsuits that might take years to resolve.