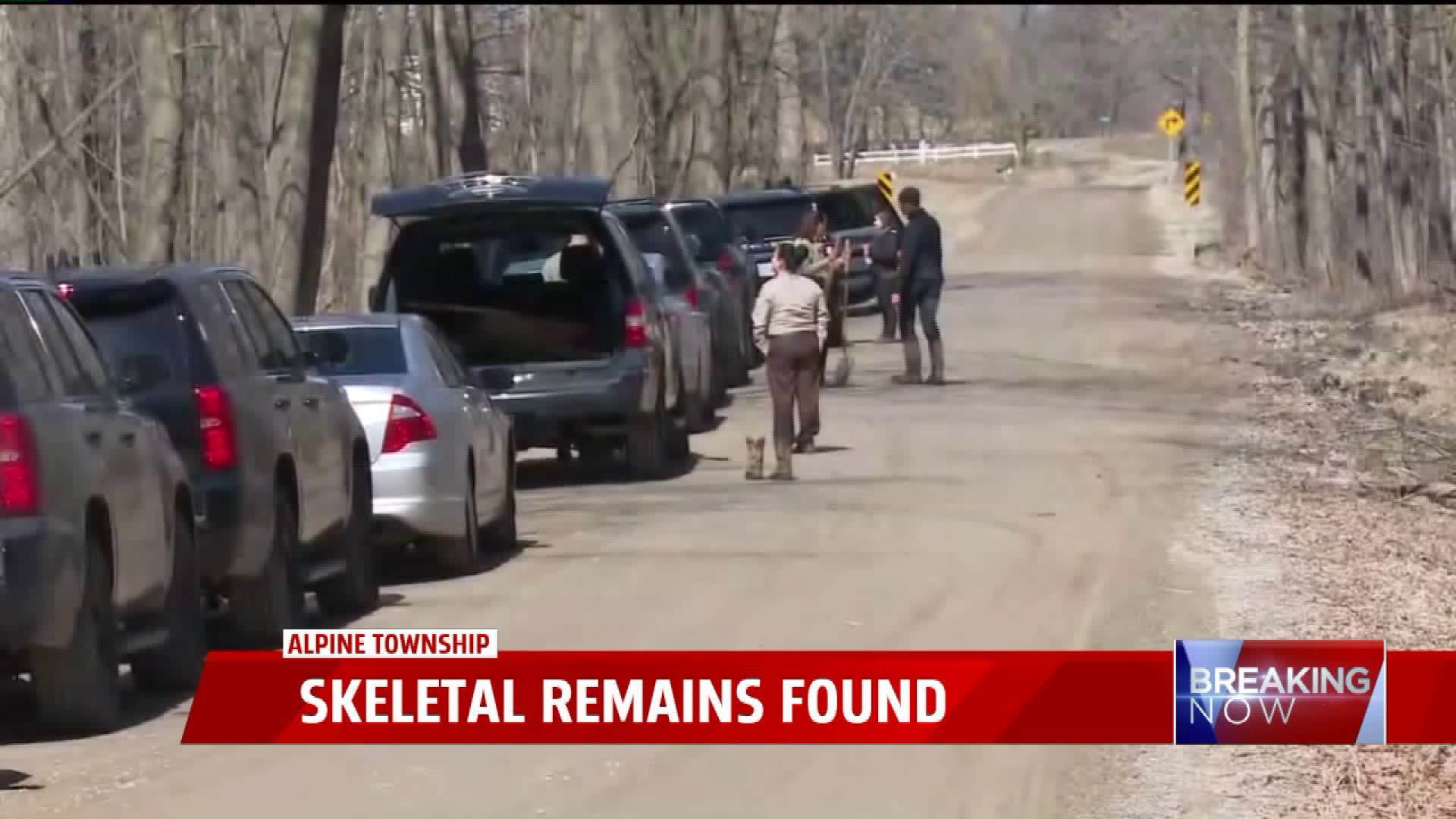 The remains were found Sunday off Kenowa Avenue and Six Mile Road in Alpine Township. Authorities said the remains are believed to be human, but are waiting for an anthropology report to be completed on them in East Lansing this week.

Investigators are still working to figure out how the remains got there and the person’s identity.

“At this point, we do not have a positive identification on the remains,” Kent County Sheriff’s Office Sgt. Joel Roon said. “We’re considering all possibilities and have obviously reached out to area agencies for unidentified missing persons, etc.”

Roon said skeletal remains often show signs of trauma and investigators are working to determine if any previous trauma can be identified.

The remains were found by a neighbor in the area while he was walking on his property looking for deer antlers. He said he alerted authorities and investigators have been at the property since then.

Roon said the remains appear to  have weathered several seasons, and they were mostly above the ground.

"This isn't like a grave or a burial, they'd been so long that had sort of settled into the ground, they were almost all the way above ground is my understanding," he said.

Authorities ask the public to avoid the area while they investigate to preserve the scene.