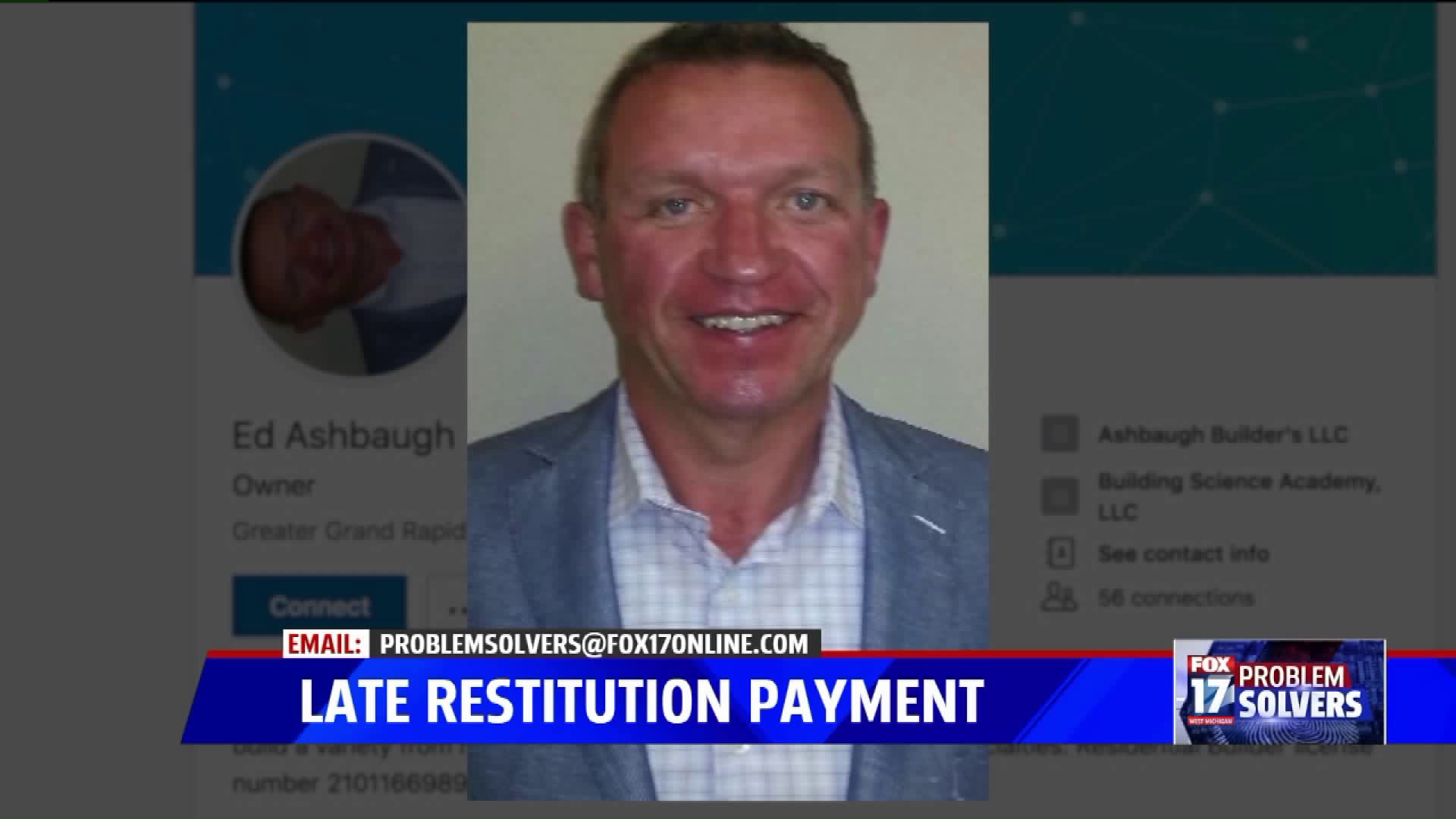 HUDSONVILLE, Mich. — Pam Noles said she settled for about one fourth of what she was owed from contractor Ed Ashbaugh to get things over with. Years later, he still has not paid.

She said she made the mistake of hiring Ashbaugh of Ashbaugh Builders to paint her previous home and replace the windows. It ended with her taking him to court over shoddy work and settling the case for $7,750.

"He originally owed me, like, for all the damages like $26,000. But I had been battling him for a couple of years, and I just wanted to be done with him and all the complaints," Noles explained.

Ashbaugh's deadline to pay was July 1, 2015. Part of Noles' trouble collecting the debt includes the fact her attorney, Tim Vandenberg, got in trouble with the law.

As previously reported by FOX 17, Vandenberg was accused of forgery in other cases. Noles said Vandenberg admitted dropping the ball on her case.

"To him, I think it was like a lower settlement. So maybe it wasn't as important but being a single mom, to me, it is a good chunk of money," she said.

So Noles reached out to the FOX 17 Problem Solvers for help, and we called Ed Ashbaugh on the spot.

Ashbaugh said he fell on tough times and said he fought cancer.

"I'm homeless. I've been homeless for almost two years. I sleep in my van. It's not even my van. It's my children's van," he said.

However, according to his business's Facebook page, Ashbaugh's business was still active into at least 2016. As a side note, another customer left a review calling him a thief.

"Well, I don't know what you're looking for man. I just can help ya. There's nothing I could do," Ashbaugh said.

Noles said she can't afford to hire another attorney. She just hopes Ashbaugh or someone close to him sees the light.

"I really need my money, and I want people to know what kind of person he is," she said.

"I don't want him to do this to anybody else," Noles added.

If you're hiring a contractor the Better Business Bureau suggests you do your research. Check for a builder's license. Ashbaugh had a license at the time.

Also ask for references, see to it they're bonded and insured, and never pay in full upfront.