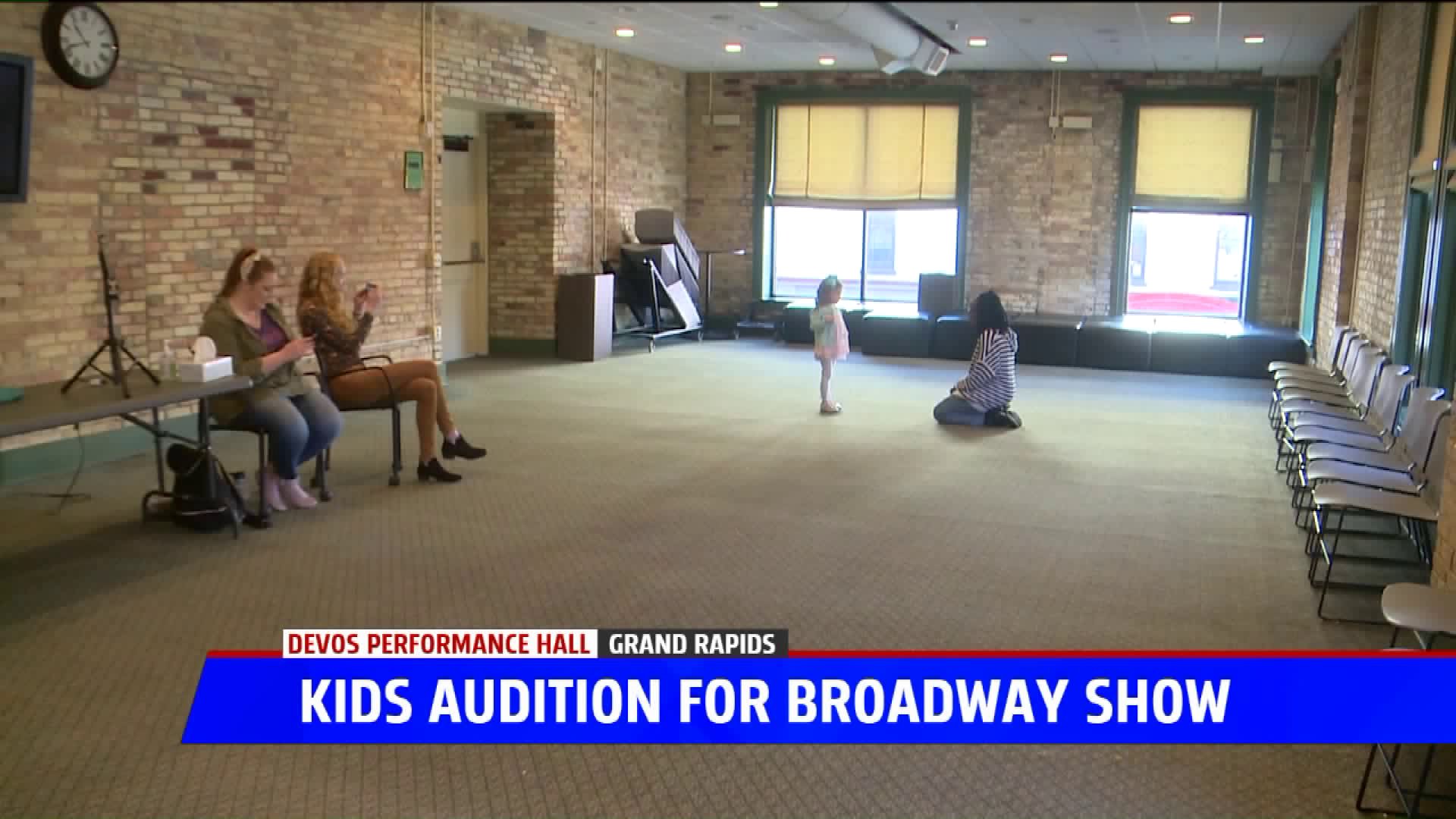 GRAND RAPIDS, Mich. -- Some of the youngest and most talented people in West Michigan had the chance to audition for a new musical coming to Grand Rapids.

"Waitress" the musical will hit the stage at DeVos Performance Hall, 303 Monroe Ave. NW, for eight shows between Tuesday, April 30, and Sunday, May 5.

Inspired by the 2007 movie of the same name, the Broadway show tells the story of a waitress and expert pie maker searching for happiness in the Deep South.

On Monday, Broadway Grand Rapids held auditions for the part of "Lulu," hoping to find the youngest member of the cast. The two young girls ultimately selected to fill the role will perform four shows each while "Waitress" is here in town.

Tickets start around $40 apiece and can be purchased here broadwaygrandrapids.com/waitress.