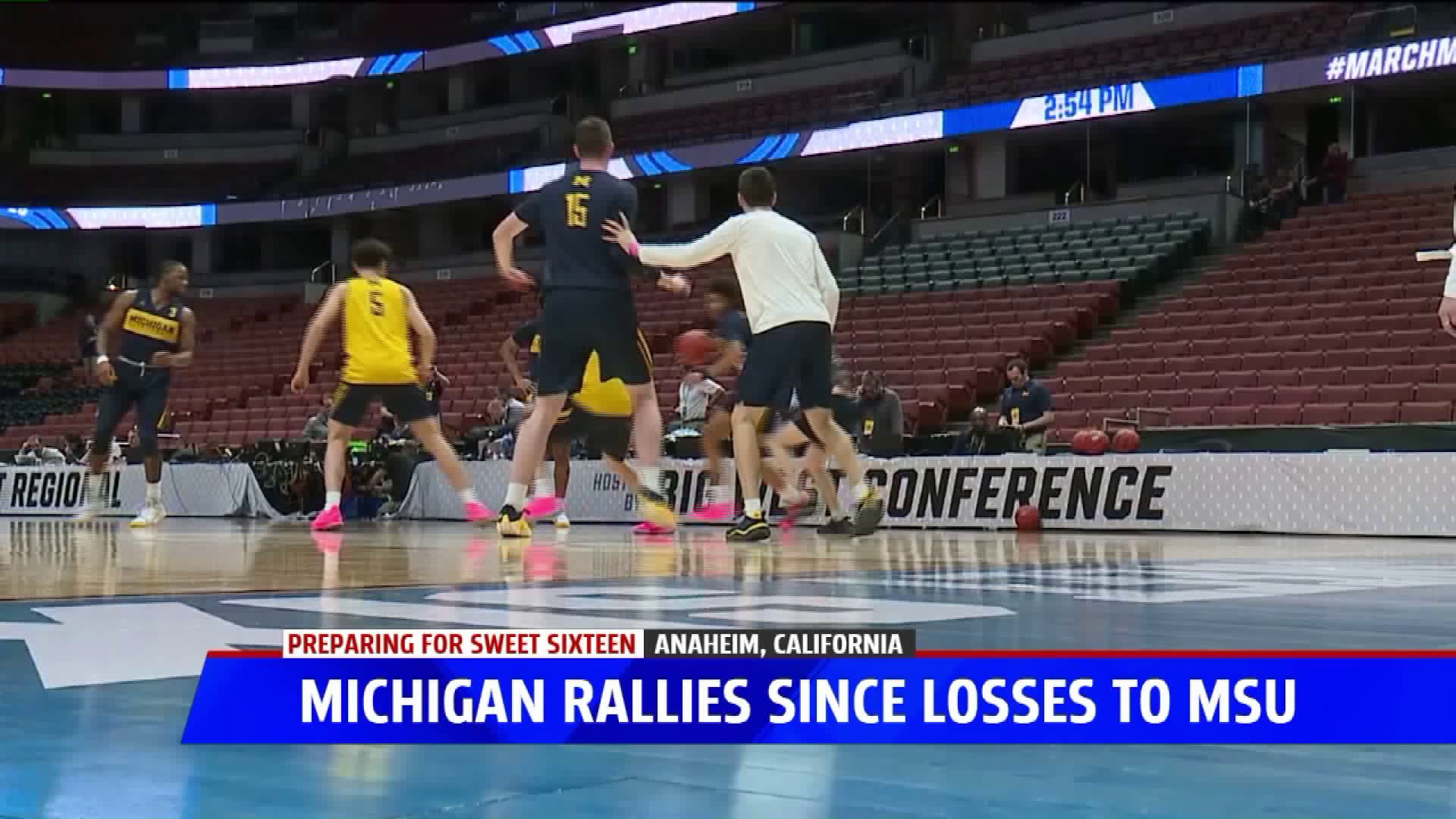 ANAHEIM, CA -- It was a feeling of frustration in the Michigan locker room after the 65-60 loss to Michigan State in the Big Ten tournament championship in Chicago. After the game, many questioned whether the Wolverines could rebound from the loss and make a run in the NCAA tournament. The question has been answered as John Beilein and his team prepare for the Sweet 16.

When asked about it after the win against Florida, Coach Beilein himself referred to the team as 'salty' after the loss to Michigan State, the team's third in just three weeks.

"Salty?" Wolverines sophomore forward, Isaiah Livers asked, "oh, yeah we definitely were. It's like, we go to the Big Ten Championship and we lose to them three times in three weeks, we're going to be salty, like why can't we beat these guys? Coach basically said 'they just played better than you.'"

It's safe to say the Wolverines are back to playing with a chip on their shoulder with a lot of team chemistry as well.

"We have a great group of guys," junior center Jon Teske said, "we're connected and Coach Beilein always says, 'one heartbeat' so as long as we stay poised and stay together [we'll be fine]."

The Wolverines are now looking for their second consecutive trip to the Elite Eight but first need to find a way to get by defensive powerhouse, Texas Tech in the Sweet 16.

"It's going to be a struggle," Teske added, "two great defensive teams going at it, we'll have to knock down open shots and take care of the ball and not waste possessions."

The Wolverines have been led by lone senior, Charles Matthews and after the past three NCAA tournament runs, he's well aware of how good teams are at this point.

"I feel like everybody you go against this time of year will be good so we have a challenge in front of us and I think we'll be ready for it."

The Red Raiders are ranked third in the nation in scoring defense, allowing just 59 points per game, one more than No. 2 ranked Michigan, creating what should be a low-scoring affair.

"Our focus is just on beating Texas Tech and trying to move on because that's what's most important right now," freshman Ignas Brazdeikis added.

The Red Raiders and Wolverines will tip off at 9:39 PM ET from the Honda Center in Anaheim, California.