Michigan prepared for defensive slugfest against Texas Tech in Sweet 16 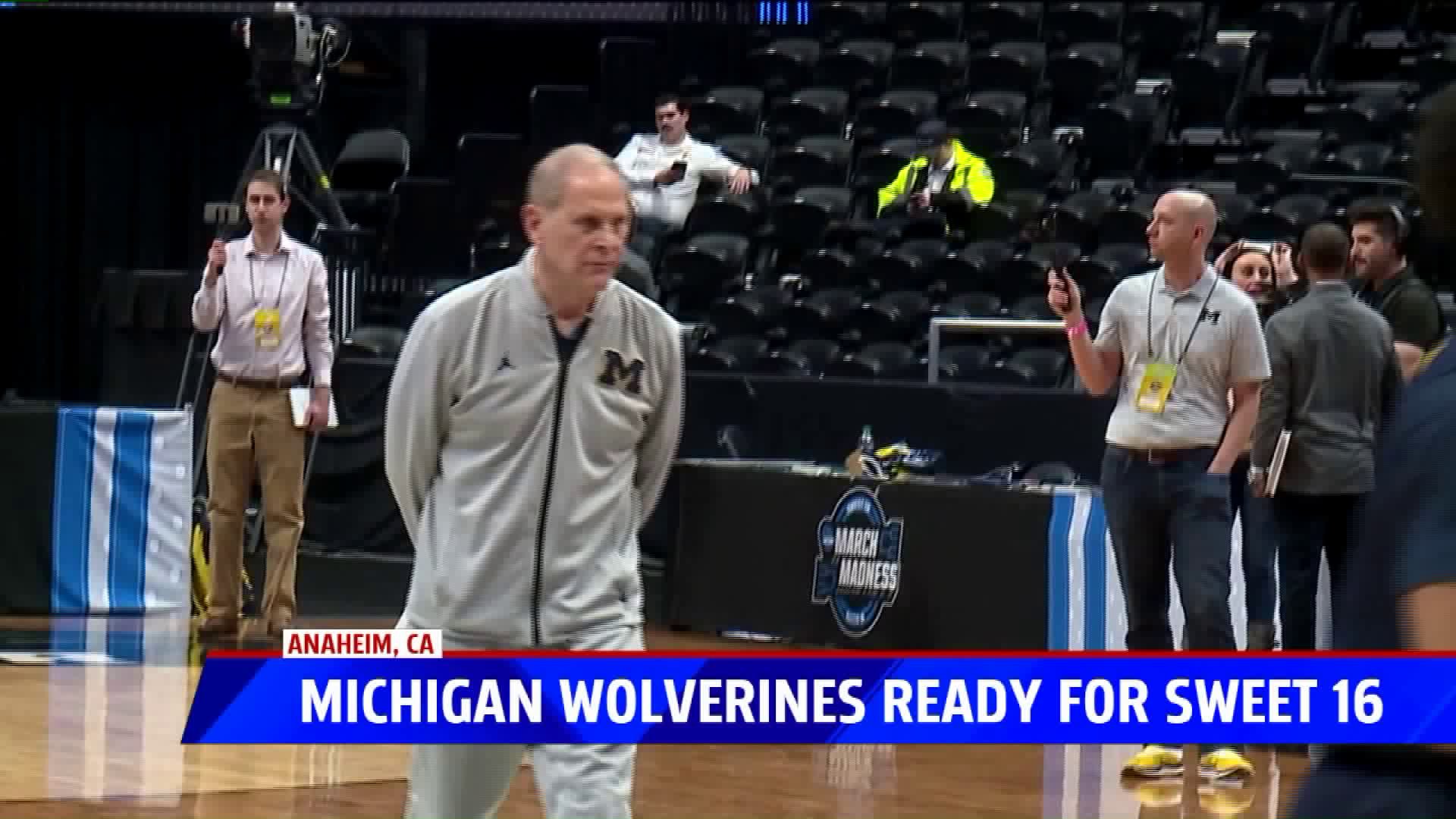 ANAHEIM, CA -- It's a matchup between two of the three best defensive teams in the country as Michigan gets set to square off with Texas Tech in the Sweet 16 on Thursday night.

The Wolverines are ranked No. 2 in the country in scoring defense, allowing just 58 points per game while the Red Raiders are just a point behind them allowing 59.

"They play a unique style of defense," Michigan sophomore Jordan Poole said, "we haven't seen it which makes it really good, it's not common and we're still learning and finding ways to attack them."

Junior center, Jon Teske knows what kind of game the Wolverines are in for.

"It's going to be a struggle," he said, "offensively, we have to find open shots and knock down those shots, take care of the ball and not waste possessions."

The Red Raiders will run a full-court press unlike any the Wolverines have seen, although players have said Illinois is a fair comparison.

"They love to speed teams up," sophomore Isaiah Livers said, "where teams have less time on the shot clock and less time to run sets, we have to be good out of our flow offense."

While the defensive battle is a storyline, Michigan senior Charles Matthews knows what it's like this time of year.

"They're a very good team, it is what it is," Matthews said, "I feel like everyone you go against this time of year will be good so we have a challenge in front of us and I think we'll be ready for it."

With a win, the Wolverines are looking for their second straight trip to the Elite Eight. Michigan and Texas Tech will tip off at 9:39 PM ET on Thursday night at the Honda Center in Anaheim.