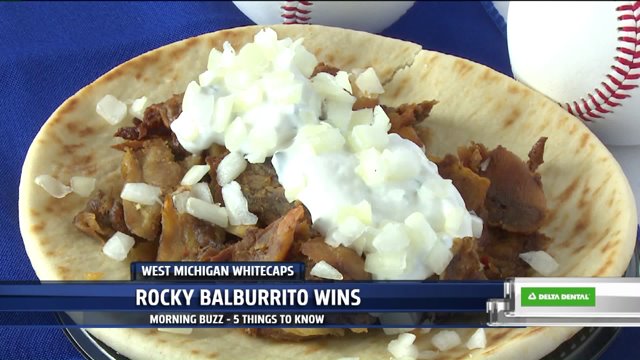 1. There might be one person who calls off work today, and the rest of their life! A single ticket sold in Wisconsin matched all six numbers in last night's Powerball drawing.

Due to strong ticket sales, the jackpot climbed to an estimated $768.4 million at the time of the drawing with a cash option of $477 million.

2. Drivers can expect to pay more this year for the state's mandatory fee to cover catastrophically injured drivers.

The fee will now cost $220 per vehicle; that's more than double what it was a decade ago. The increase is to cover anticipated new claims and expenses as well as existing claims.

Michigan is the only state to require Unlimited Lifetime Coverage for medical costs resulting from car crashes.

3. Due to overwhelming demand, Nick Offerman is adding a second show to his tour in Kalamazoo this fall.

The first show is set for 7 p.m. and the second for 9:30 at Kalamazoo State Theatre.

Tickets go on sale on the comedian's website this Friday at 10 a.m.

4. Results are in, the West Michigan Whitecap's Fan Food vote is over. The winner is the Rocky Balburrito.

It's a cheesesteak rolled into a burrito, then it's deep fried. This is just one of several new additions to the menu for the team's 2019 season.

Pork Skin Nachos, Deep Fried Bread Pudding, a Chicken Gyro, and Street Corn Nuggets are among a few others, as well as wine slushies.

The Whitecaps' home opener is on Saturday, April 6.

5. Now pet lovers can match their pooch this summer with swimsuits made out of plastic bottles.

They're made by a company called Kove. They come in a variety of options from trunks to full body suits, to even bikinis!

The trunks cost around $25.