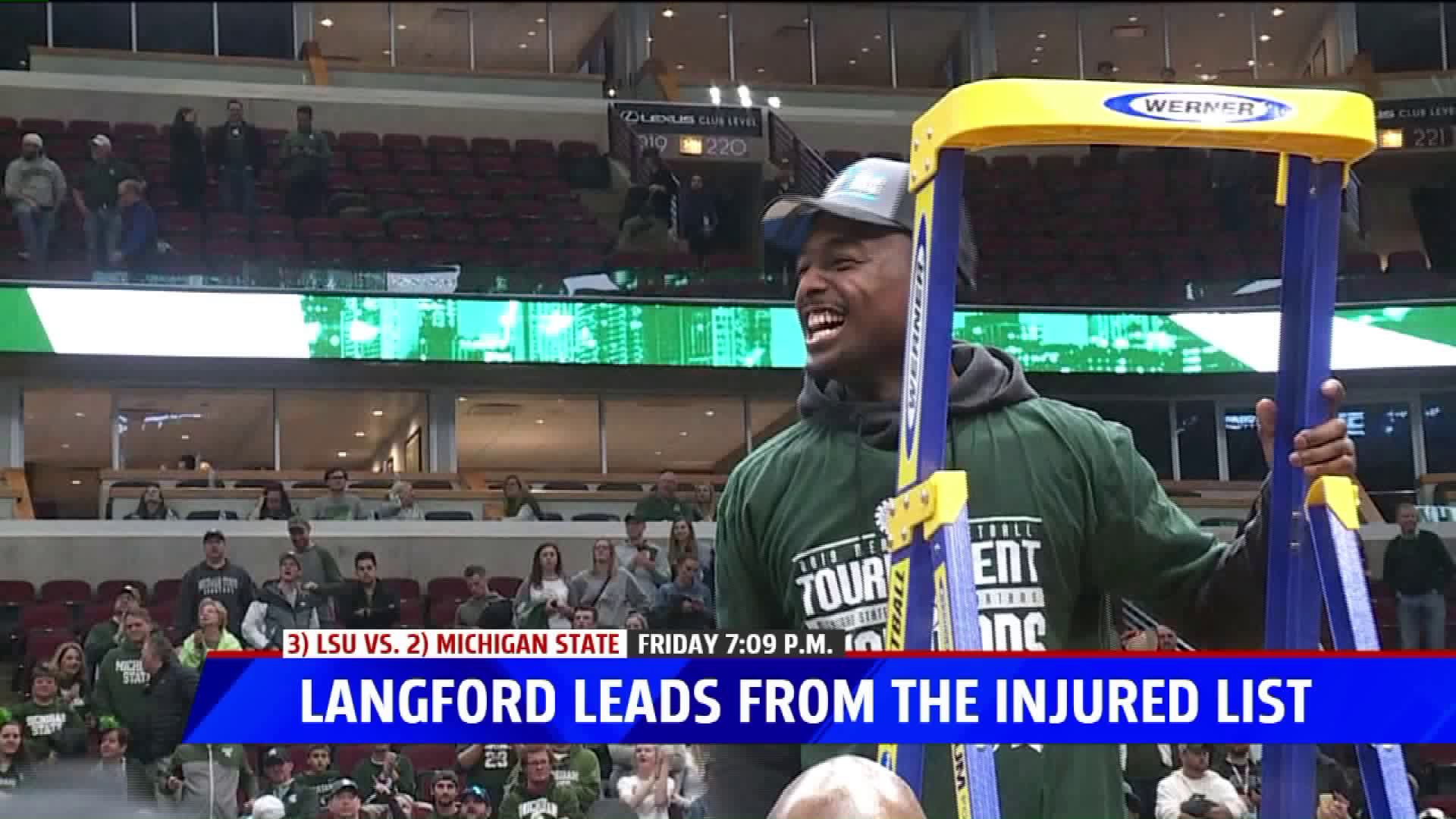 WASHINGTON — Michigan State basketball has had to deal with multiple injuries to key players this season.

None have been more impactful than the loss of junior guard Josh Langford, a team captain and leader.

"I think the biggest part in understanding leadership when you don't feel like leading,” Langford said.

Those moments have certainly occurred as the Huntsville, Alabama native has not been able to play in a game since December.

"There is not really words to express how hard it's been,” he said.

Still, he has continued to be there for his teammates.

"Even when he went down, he gave a heart-wrenching speech that all of us respected us even more for and just the way he's been able to keep us all involved and keep us all still responsive to him has just been amazing this year,” said senior forward Kenny Goins.

Senior guard Matt McQuaid said Langford has been like a coach since going down with the injury.

"He's been one of the biggest roles on the team, his voice carries so much weight with everybody and what he says when he speaks up in meetings and huddles, he's always helping coach,” McQuaid said. “Coach said when he went down, he's going to turn him into a coach and he's been doing a great job of that and we all love Josh."

"When you are called to be a leader and are in a captain position you have to always step up and be for your guys even in times when you feel like you need somebody to be there for you,” Langford said.

When he was healthy, Langford averaged 15 points per game and was a good perimeter defender.

"Losing him was a lot, but he's at least taking on some of those responsibilities and hasn't let them go even when he's limping around on a bike at first, now he actually can walk around in a boot, he's out there shooting free throws, I might put him in if we get a technical because he makes them all,” Izzo said.

Once the ball is tipped Friday night, Langford will not be able to make a shot or get a stop, but he will be doing everything he can to help his team advance.

"Josh Langford was maybe our best player or one of and he is definitely our best leader,” Izzo said.