Point guards in the spotlight at Sweet 16 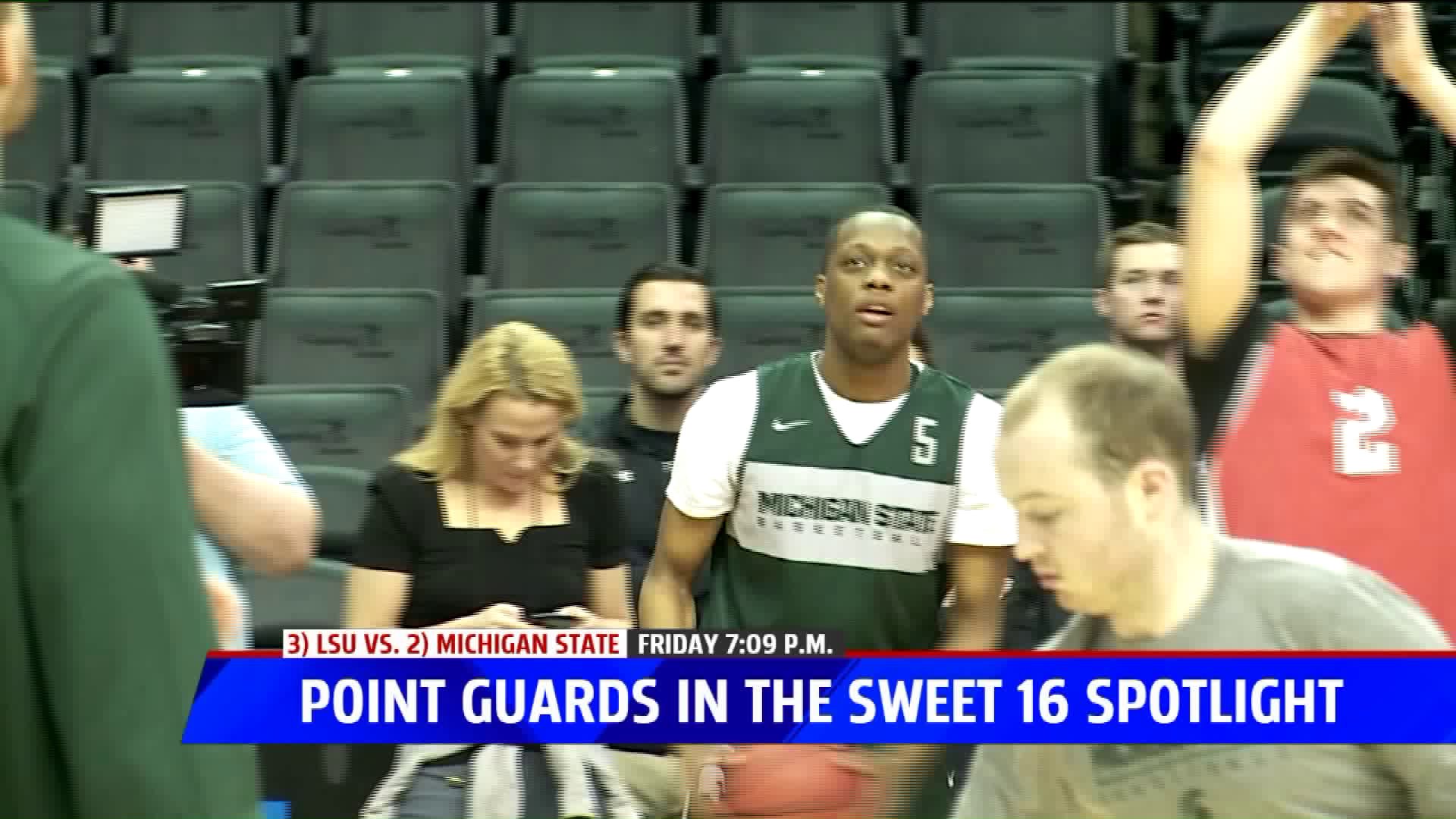 WASHINGTON — All eyes will be on the backcourt during Michigan State’s Friday night matchup with LSU in the Sweet 16.

MSU is back in the Sweet 16 for the first time since 2015, thanks in large part to stellar play from Big 10 Player on the Year Cassius Winston.

Winston will have one of his biggest tests of the year Friday when matches up with LSU sophomore point guard Tremont Waters.

"Similar that they both can score and they both can pass,” Izzo said. “Waters takes a lot of chances on defense he is kind of like a rover in football he's all over the place I think we are going to have to be aware of that.

“Cassius isn't the same kind of defender, but Cassius has been shooting the ball with extreme confidence, I think it will be something to watch."

Waters says he’s not getting into the hype of an individual matchup.

"It is a team sport obviously I don't really get into matchups and everything that goes into that,” he said. “That is for everyone else to evaluate. I go in knowing that I have to run my team and it’s about myself, my teammates and the coaching staff."