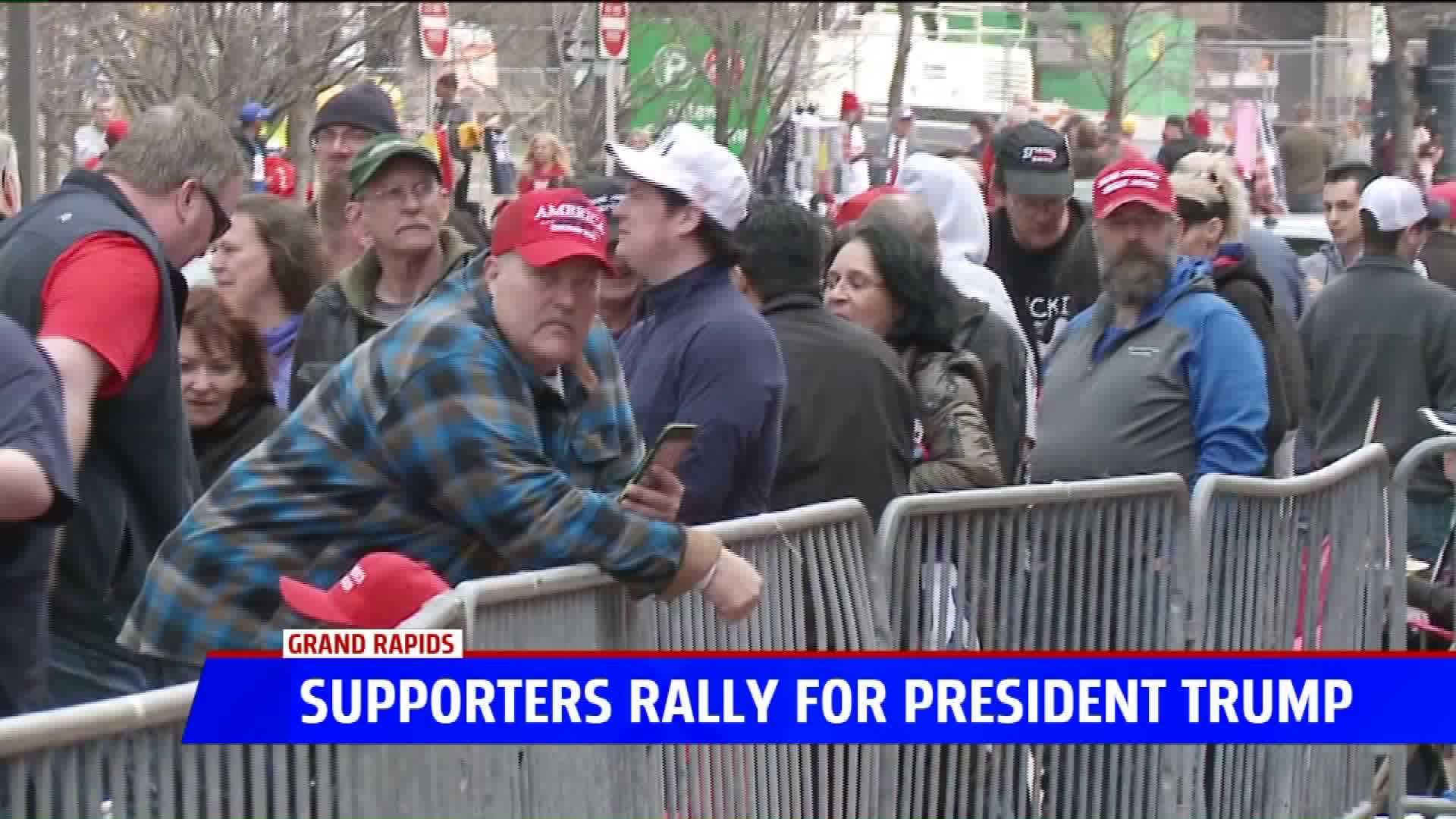 The last time Trump was in town was when he was a candidate, one of his last stops before being named President-elect.

This time, his presence comes on the heels of a very big week, creating an upbeat atmosphere for his arrival. The 11,000-seat Van Andel Arena was packed to the brim with supporters.

Several people started waiting outside the arena late last night in hopes of getting in to see the president.

Tony and Christine Cariuty drove from Lapeer to attend the rally.

“He speaks, he takes action,” said Tony Cariuty. “He’s followed through on his promises, and he speaks from the heart.”

Others came from even further.

Terry Marsh and her children made a five-hour trip from Sault Ste. Marie.

“This is what they wanted to do for spring break,” Marsh said.