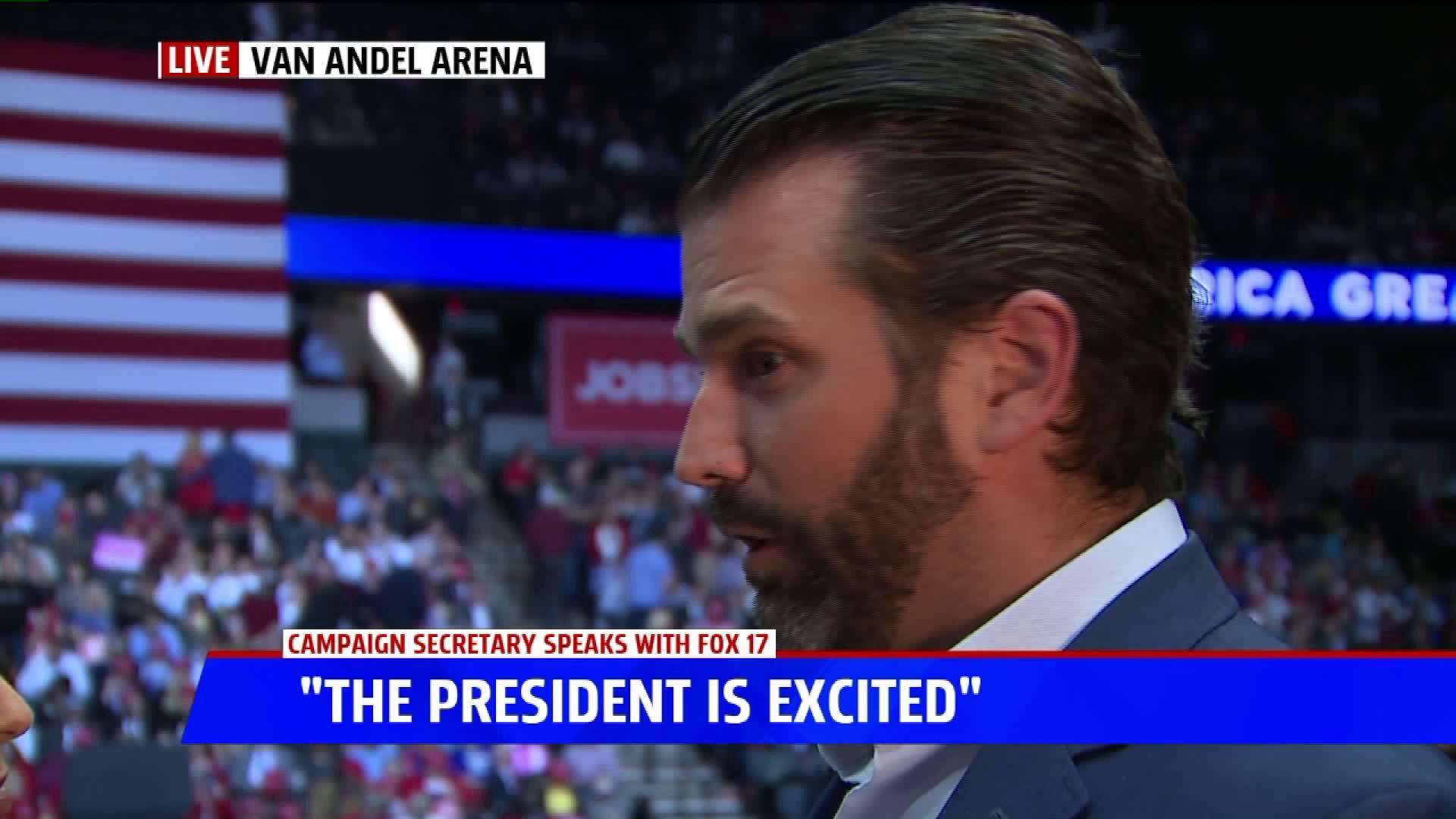 Among them was his son, Donald Trump Jr., who spoke about several issues connected to the president’s re-election campaign.

Trump Jr. said the campaign is glad to have Special Counsel Robert Mueller’s Russia investigation behind them.

“Obviously it’s been pretty good. When you hear about being a traitor and all this nonsense that’s been pedaled for the last two years, even though you know it’s nonsense, you still have to deal with it. so, it’s great to have that behind us,” Trump Jr. said.

Despite Michigan electing Democrats to multiple positions during the mid-term elections, Trump Jr. said he’s confident the state will vote to re-elect the president.

Several Democrats have announced they will be seeking the nomination to run against Trump in 2020. Trump Jr. said the president is confident in beating anyone.

“I think right now, he’d be happy to run against any of them, because the crazy leftist ideas that are being dispersed,” he said. “People backing the Green New Deal would only cost a mere $93 trillion.

“I don’t know that there’s anyone who could beat him right now.”