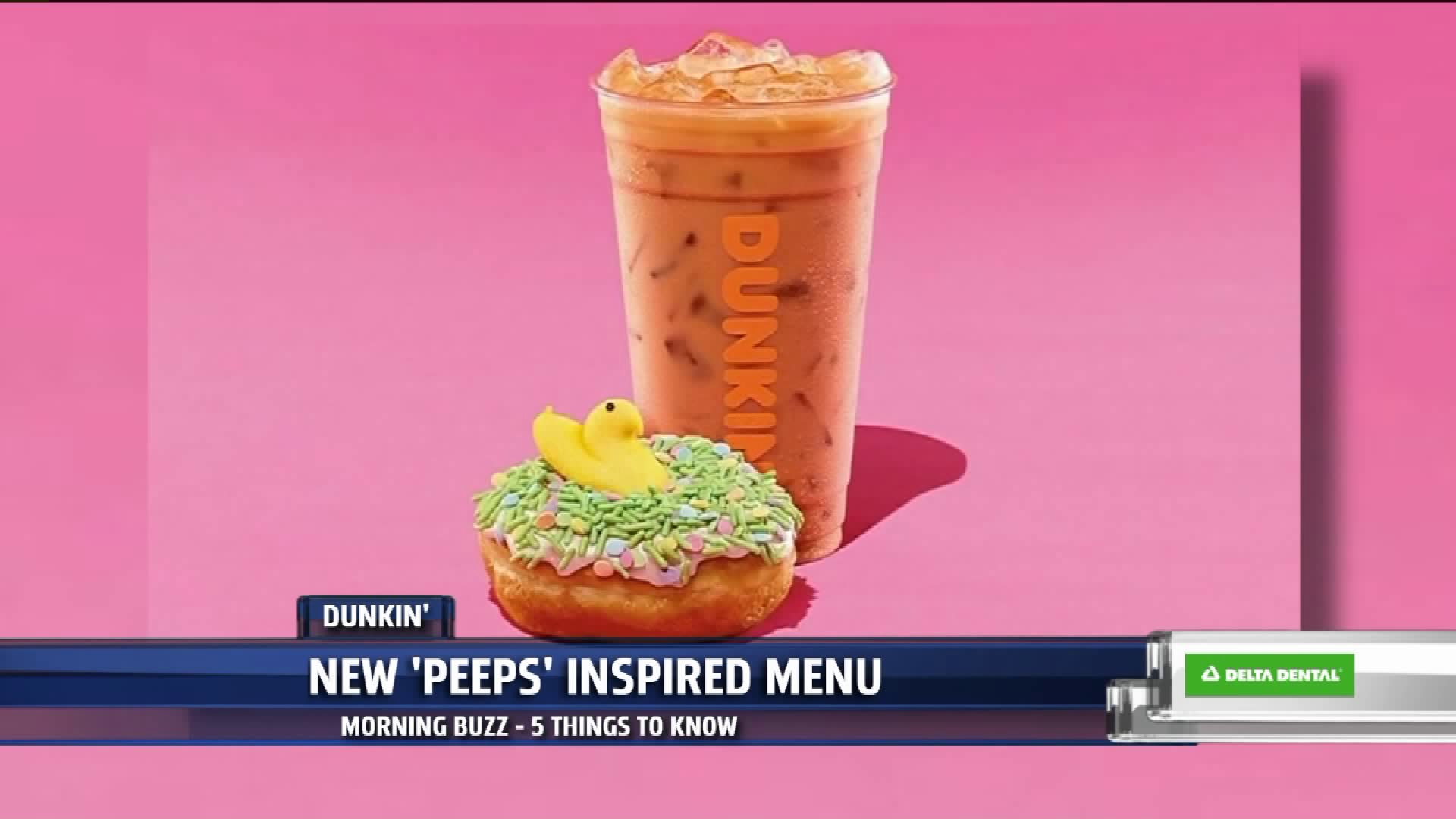 In his first rally since the findings of the Russia investigation came out, Trump started by claiming a victory.

He also promised to protect the automotive industry and said he would devote more money to the great lakes.

His rally at Van Andel Arena drew around 15,000 people downtown. This was his first trip back to West Michigan since he became president.

2. If you're looking for things to do with the family this Spring Break, a local museum is offering a deal.

The Grand Rapids Art Museum is offering free admission for kids 17 and under. It includes free entry to GRAM's current exhibitions and related programming.

The deal is good from tomorrow through April 7.

3. Fountain Street Church is celebrating 150 years in Grand Rapids, and there will be a special brew released in its honor.

The church is partnering with Brewery Vivant for a limited edition Saison beer called Fountain Streeter. It will be released at a party at the brewery on April 10.

There will be music, 150th-anniversary merchandise from the church and of course, beer.

4. A teacher in Texas was inspired by her students' art so much she now wants to wear it. She turned their art into a dress!

Rebecca Bonner is an elementary school teacher in Highland Village.

For two weeks, she let them use sharpies to draw all over a plain white dress she bought off Amazon.

Bonner says it taught the children to be respectful of other people's art, and feel a sense of accomplishment.

She wore the dress to the school's annual art show.

5. Spring has sprung, and Dunkin' is celebrating with some new tasty treats. The company is rolling out a new Peep-inspired menu.

Next week, a new Peeps marshmallow-flavored coffee and Peeps donuts will become available, and it's just in time for Easter.

The Peeps coffee will be available in iced and hot. The donut is topped with bright festive sprinkles, icing, topped with a sweet peep.

Again, the new options will launch on April 1.