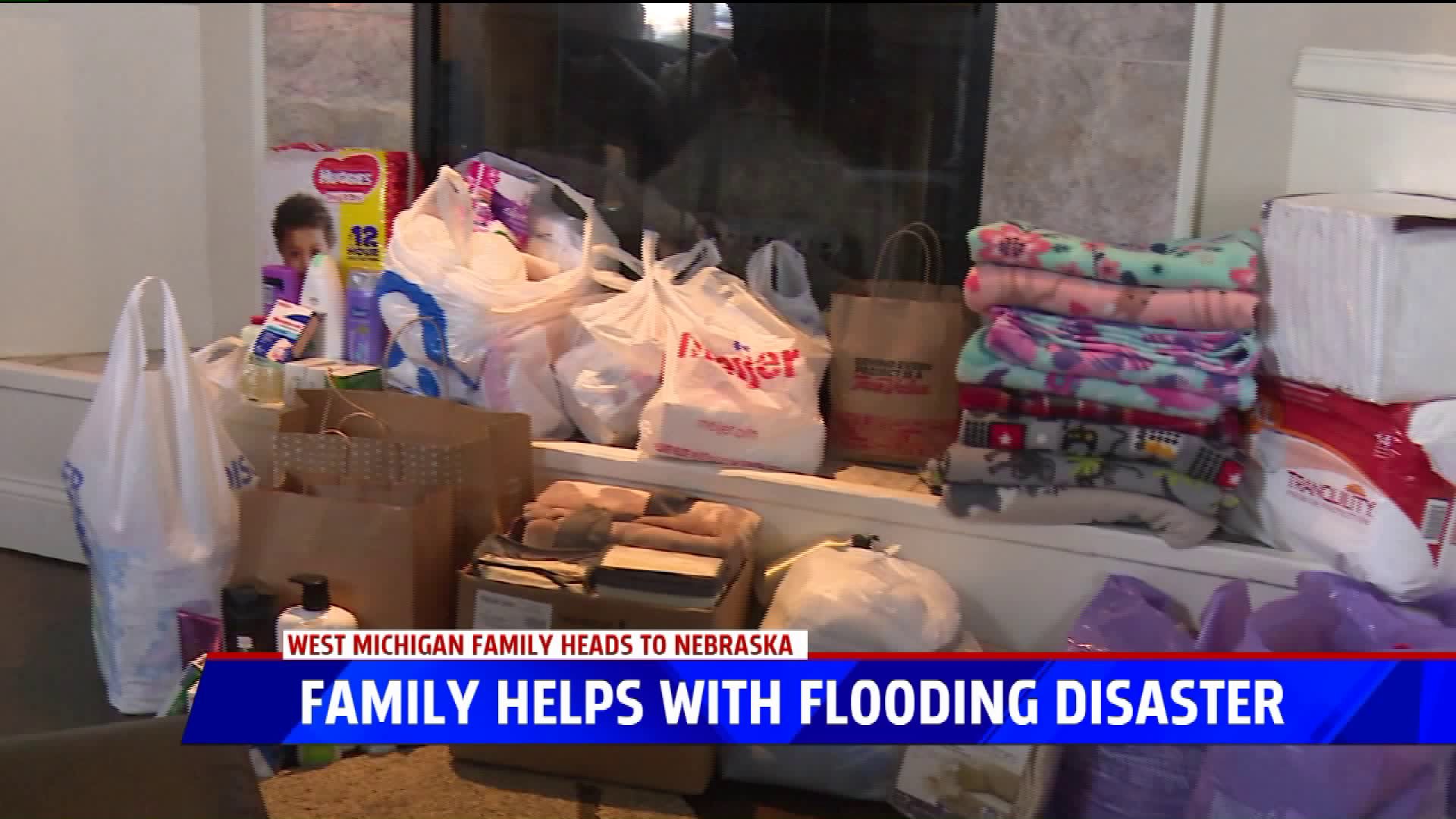 RAVENNA, Mich.--Thousands of lives changed after a bomb cyclone ripped through the midwest leaving extensive damage in Nebraska. Farmers throughout the state lost the land and livestock they depend on to survive and the damage is something West Michigan mother and farmer,  Liz Brandt, says would be hard for any farmer to bounce back from.

"It's effecting not only the farm itself but money for these farmers for the year," Brandt says.

Livestock loss or stranded is something Brandt tells me she couldn't imagine. The owner of the small farm saying the detrimental flooding will leave a lasting impact long after the water recedes.

"Their livelihood's been taking away if this happened to my farm I'd be devastated," Brandt tells FOX17.

Brandt's family started gathering donations on Thursday March 28th and after posting about her efforts on Facebook, she says the donations started flowing in.

But, with her family's trip just days away she says there is still so much to collect.

"You're helping farmers get back on their feet and families. If this were my kids that were sleeping in a shelter I would absolutely appreciate any help that came my way," Brandt says.

The family plans on heading to Omaha on Thursday April 4th and would like to have all of the donations by the 3rd, if you would like to go on the trip or  give donations stop by Liz Brandts Facebook page, stop by Zeigler Chrysler Doge Jeep in Grandville, or contact Liz at joshlizlillian@gmail.com.