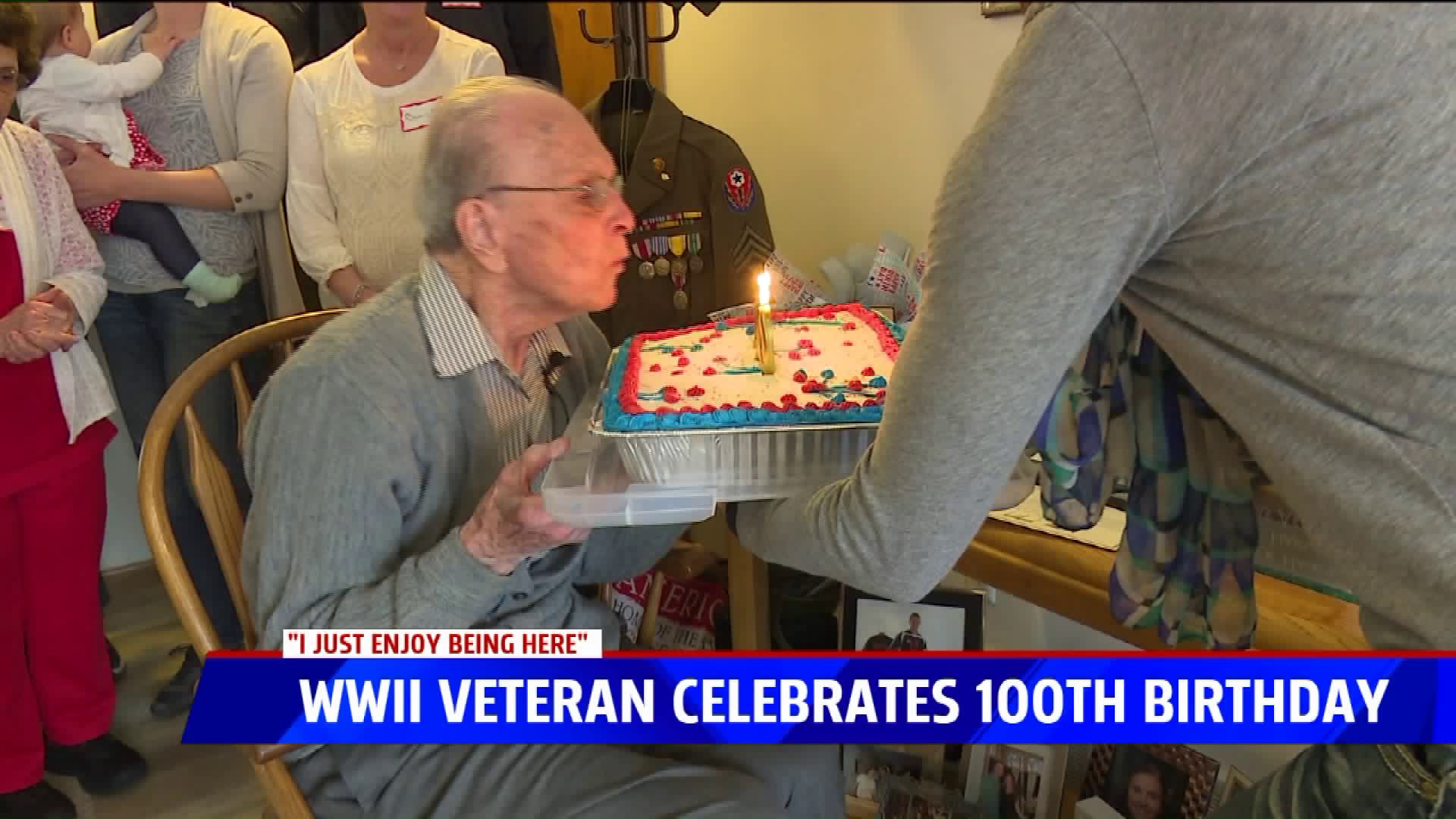 Anyone who lives to be 100 years old certainly will have a lot of stories to tell. Today one West Michigan family invited us into their home as they celebrated the three-digit milestone with the patriarch of their family.

Turning 100, for Wayne Trimpe, isn’t the only unbelievable thing he’s accomplished. Surrounded by several generations on Saturday afternoon, sharing stories of his century lived, which include playing high school football with a young Gerald Ford.

“I got drafted eight months before we went to war.” Trimpe told FOX 17 he served in World War II and can still vividly recall seeing German torpedo planes approaching his soldiers.

“They had taken the machine guns off of their tanks and put them along our ship like this way forward on each side," Trimpe says with a smile. "They shot down three planes.”

After being stationed in northern Africa, Italy and France, Trimpe returned home to get married and start a family. He owned his own business and even skied competitively until the age of 91.

At this stage in his life, he finds joy in simplicity; going without some modern staples, like TV. He his secret to making it through a century is a simple one.

“My whole life was just thinking positive and it worked out for me.” He says, “...I just enjoy being here.”

In April, Trimpe and his family are traveling to Washington D.C. as part of the Honor Flight Network so he can visit war memorials.