Izzo, Michigan State looking to get past Duke struggles 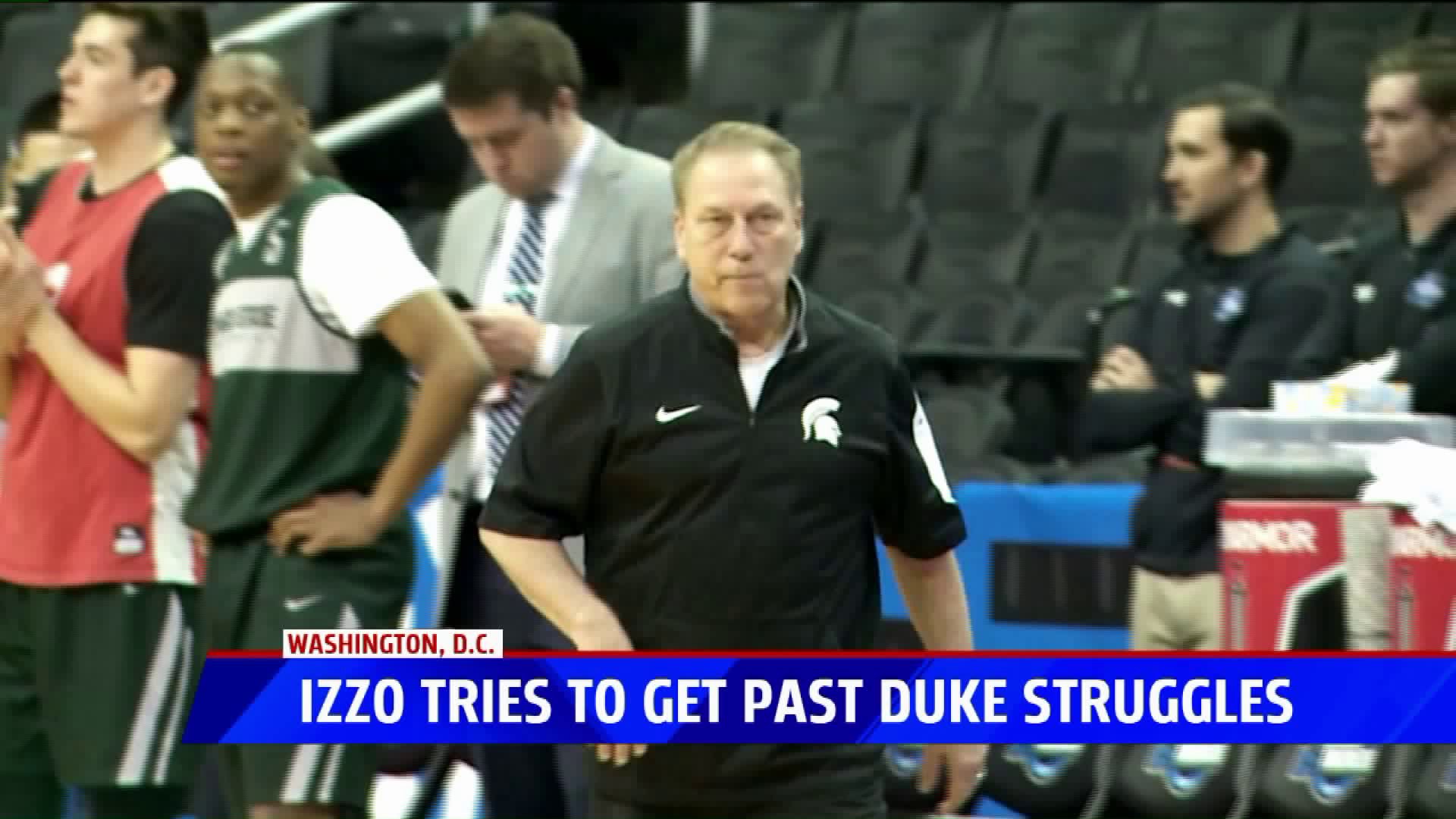 WASHINGTON, D.C. -- In 24 seasons as Michigan State head coach, Tom Izzo has won over 600 games, nine Big Ten regular season titles, a national championship and been to seven Final Fours, but he has not done so well against Duke.

"You always keep an eye on, and I think everybody does this in life, the programs that have been successful" Izzo said.  "How do they do it and how do you beat them.  I figured out how they do it a little bit, I haven't figured out how to beat them so I'm still working on that, that is why we are still a work in progress."

Izzo is just 1-11 head-to-head against Duke and Mike Krzyzewski in his career with another shot at the Blue Devils Sunday night in the East regional final.

"We want to win to help him out too" Michigan State guard Cassius Winston said.  "He is up there with the greatest coaches of all-time, so is coach K so it's a chance to go to a final four, a chance to beat Duke all type of things just make you excited to be out there."

Izzo's lone win against Duke came in an regional semifinal in the NCAA Tournament in 2005 when the Spartans went to the Final Four in St. Louis.

"Obviously because of the relationship I have with coach I want for him" Michigan State guard Aaron Henry said.  "I know he is a competitor I know how much he loves and cares for us as players it is a two-way street we want that for him as well and he talks about how much he loves it and how much it means to him so I want to do it for him too but more importantly for the whole program."

Sunday night's winner will head to Minneapolis and the Final Four.  Sunday's East regional final is schedule to top at 5:05 p.m. at Capital One Arena.