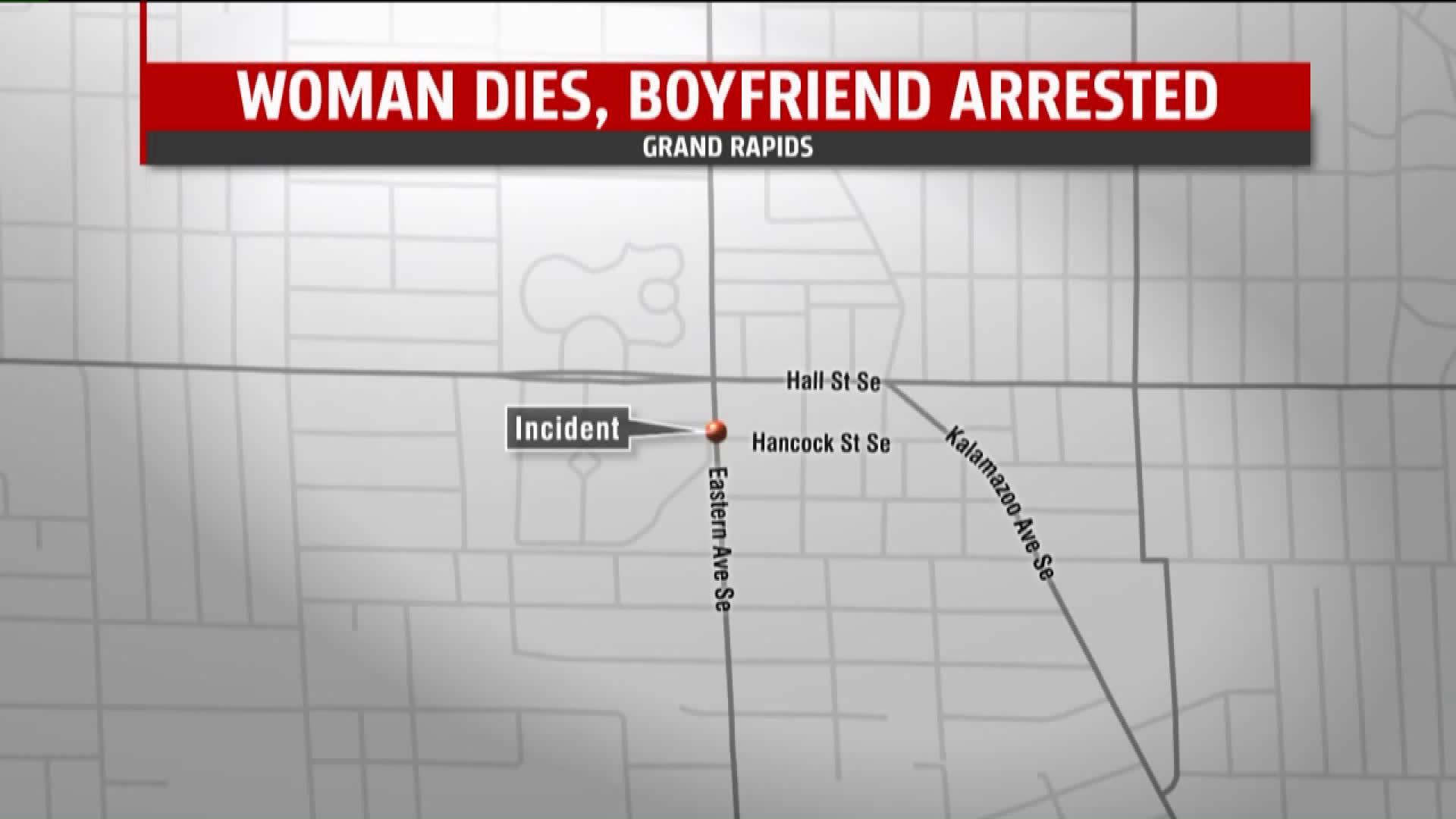 GRAND RAPIDS, Mich. -- Police say they are investigating the death of a woman on the southeast side of Grand Rapids.

It happened in the 800 block of Hancock Street SE around 8 p.m. Sunday.

Police say the woman showed up to someone's house covered in blood, banging on their door. Before police could arrive, the woman got into a car and left the scene.

A short time later, she showed up to an area hospital where she died. The car used to transport her has been taken as evidence.

Detectives worked throughout the night and did make an arrest of the boyfriend in regards to this death investigation. Police say they believe she may have been shot, but will determine an official cause of death Monday with the medical examiner.

The woman's identity has not been released.