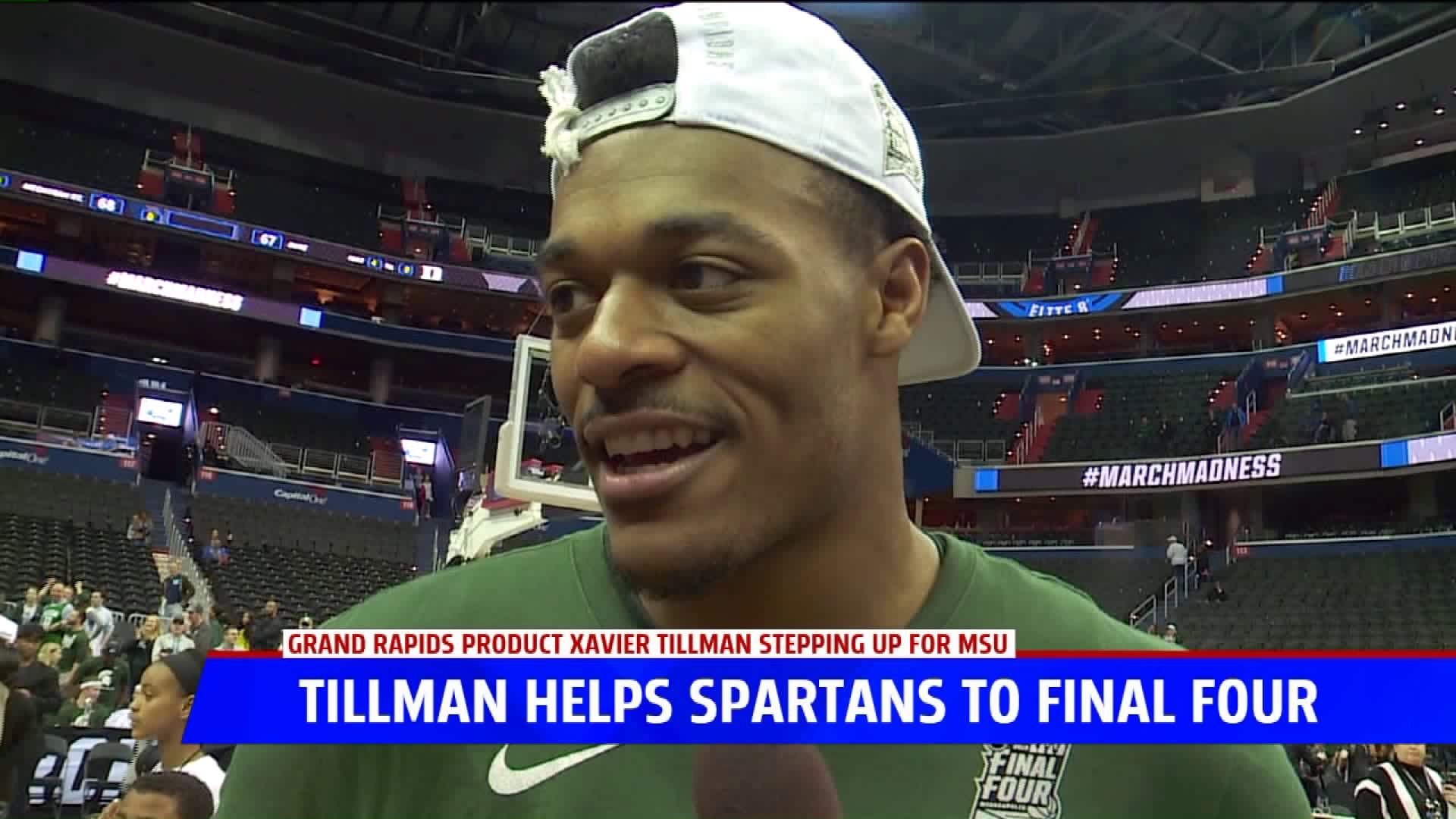 WASHINGTON D.C. -- "It's unreal," Grand Rapids Christian alum and Michigan State sophomore forward, Xavier Tillman said when asked how it feels to go to a Final Four. Tillman matched a career-high with 19 points and snatched nine rebounds, all against national phenom, Zion Williams.

The Spartans had to battle back throughout the game, which was back-and-forth and saw 16 lead changes, the last coming on a three pointer from Kenny Goins with about thirty seconds left.

"That is what we've been doing this whole stretch, we've just been showing toughness even against Bradley when they had us close we showed toughness to fight through that," Tillman added.

Tillman knows how tough the Final Four will be with the first test coming against Texas Tech on Saturday evening in Minneapolis.

And to see Kenny Goins hit the three to help propel Michigan State to victory was unlike anything else.

Tillman is excited to get to Minneapolis and experience it for the first time.

"Never been, but I'm hoping to enjoy it!"