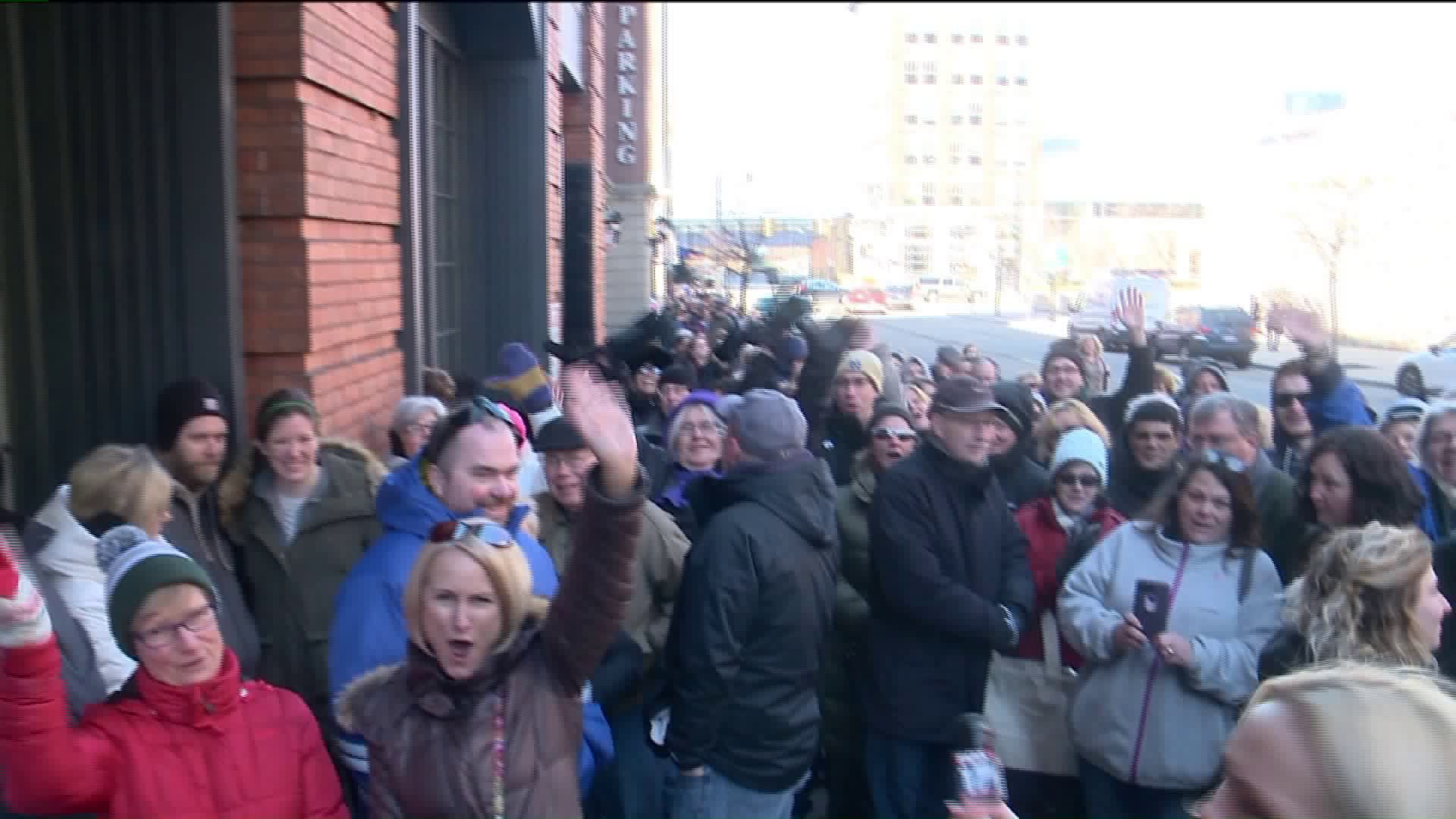 New season ticket holder, Pat Rapolevich notes, "To be able to see all this in Grand Rapids is fabulous!"

This is the first year local broadway fans have been given the option of standing in line for tickets.
The box office was scheduled to open at 10 a.m, but early birds were in line as early as 5 a.m.

"We’ve never done this before, we’ve never had a line up like this. I didn’t have enough numbers, so we’re recycling and all these people have been very patient while we work through it, and we’re gonna sell a lot of tickets today, and that’s really an exciting time," Lloyd said.

The season ticket each person was waiting for gives access to five broadway shows.

Those shows are: "Escape to Margaritaville," "Roald Dahl’s Charlie and the Chocolate Factory," "Disney’s the Lion King," "Fiddler on the Roof" and the ever-popular "Hamilton"

This is the first time some of these notorious shows are coming to Grand Rapids.

"It’s still definitely a splurge, but it is in some ways a better deal, you don’t have to pay for hotel and travel and all that other stuff," said Keri Milkovich.

It’s an opportunity many found worth waiting for.

Like many, Pat waited in the cold for hours Monday, but as she left, she was asked if it was worth it.

She replied: "Oh by far, the lineup this year is fabulous, so to have these tickets right here in Grand Rapids? You can’t beat it."

More information on tickets can be found on Broadway Grand Rapids' website.