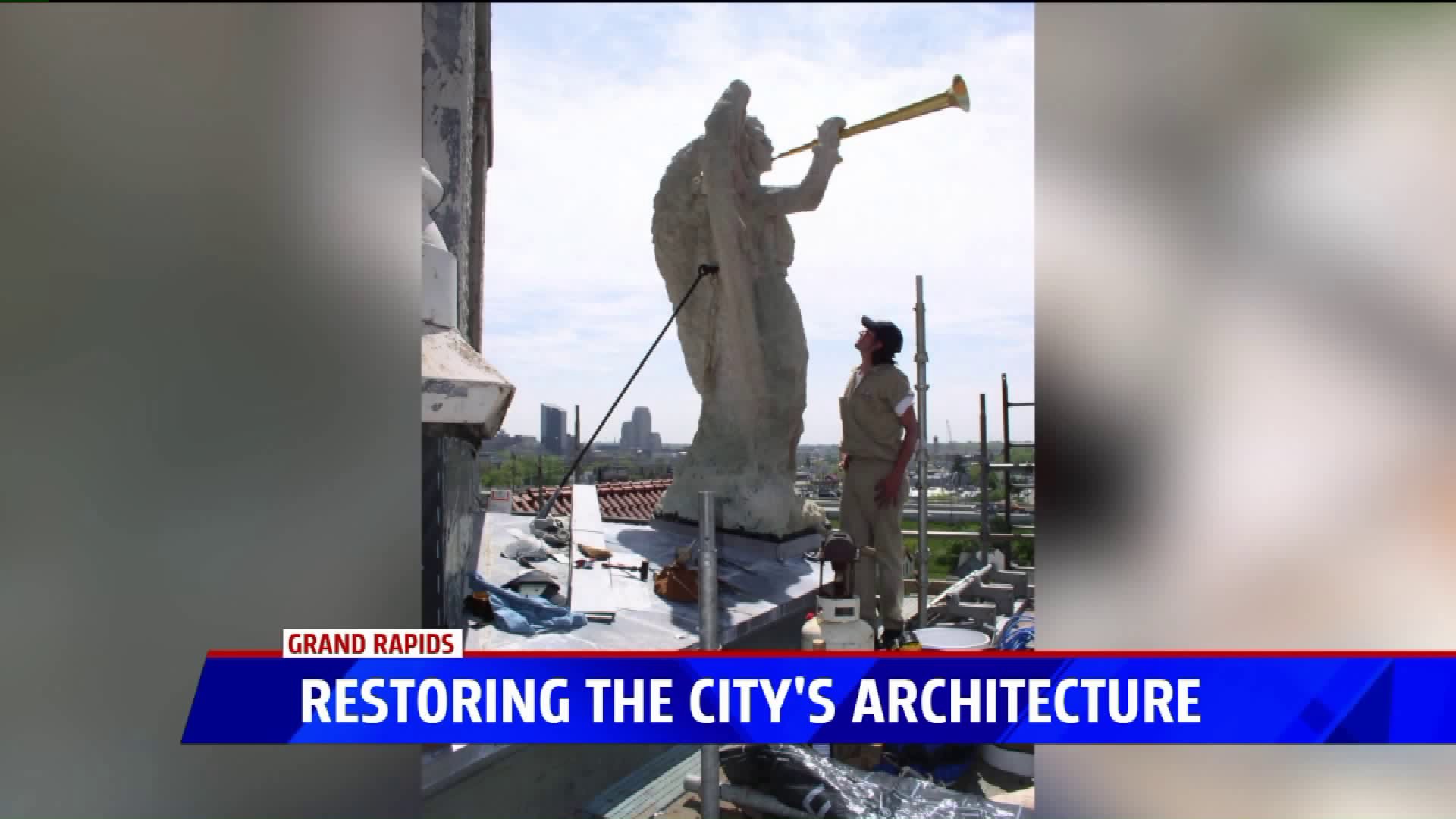 Julie Dunmire introduces us to the man who uses his special talents to keep many of West Michigan`s historic architecture standing tall.

GRAND RAPIDS, Mich. — West Michigan is full of beautiful historical architecture, but it turns out just one man is responsible for keeping our landmarks in pristine condition.

Chris Schichtel is one of just a few metal workers in the entire state who knows how to repair and restore the key pieces of some of Grand Rapids' oldest buildings.

While the times have changed, his job hasn't. He replaces copper roofs and fixtures by hand.

While you might not recognize Schichtel, you’ll recognize his handiwork.

“Especially like the church, St. Adalberts, I remember as a kid going there, so being able to work on it, that was pretty cool,”

Replacing the roof at his childhood church just one of the many projects Schichtel has had a hand in. He says he shares a special bond with the buildings. He often spends spends weeks, even months getting things just right.

“I found a guy's name, that signed it, when he did the metal work. And it was dated almost 100 years to the day, so I signed my name next to it too and put the date”

A lot of this stuff only needs replacing every 100 years, which is why Schichtel doesn’t mind the extra elbow grease.

Schichtel knows it takes time to make something built to last.

“There’s so many little nuances to the metal work, and then when you’re teaching someone, it’s like 'wow there’s a lot to it.'"

Schichtel and his team actually take up the pieces of those roofs not welded together, instead soldering by hand in the air.

He says he’s glad to help some of the younger guys learn. It saves his knees and keeps the craft going.

So when those buildings need fixing in another 100 years, someone will still know how to do that type of work.