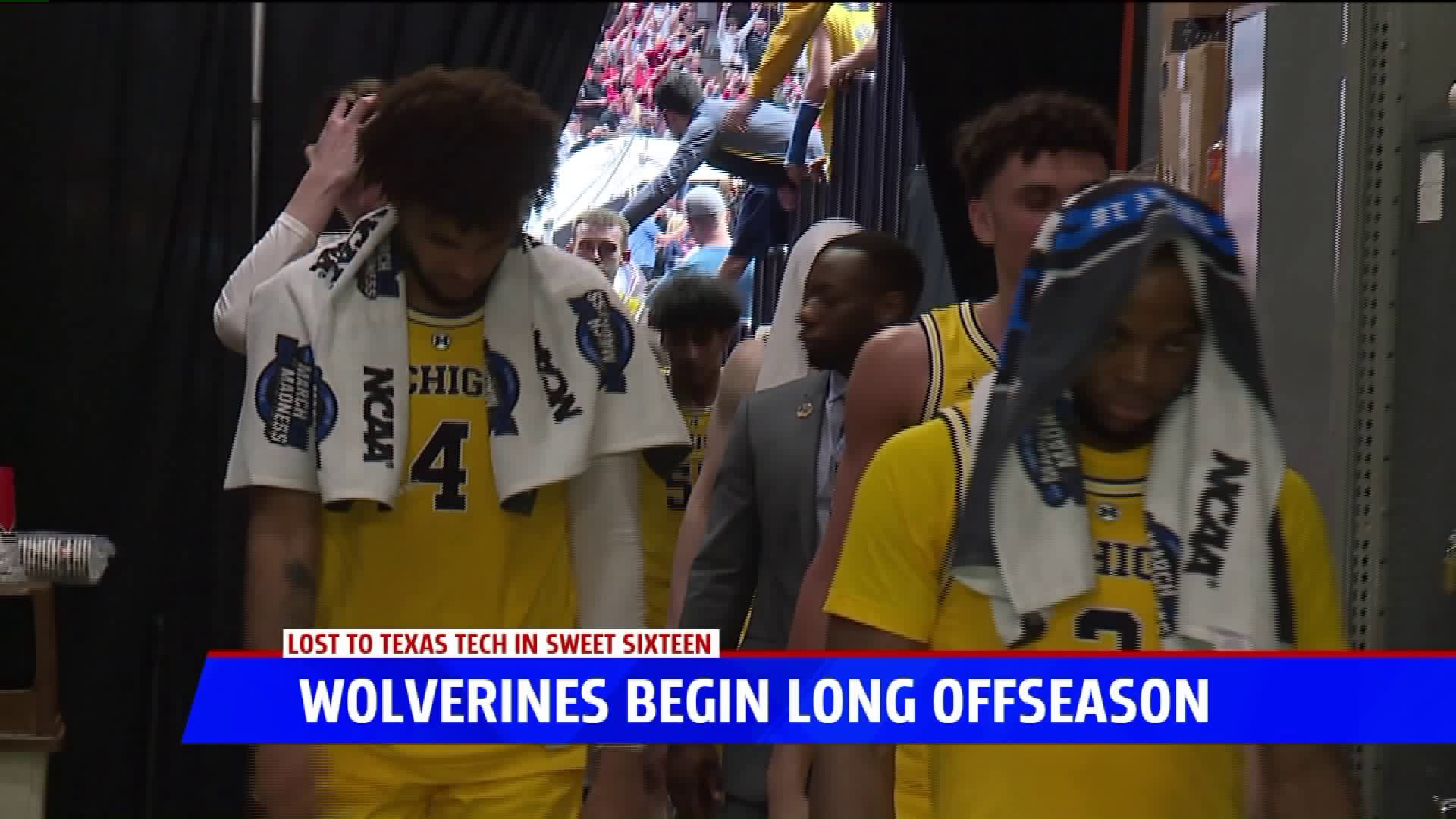 ANN ARBOR, Mich -- After Thursday night's 63-44 loss to Texas Tech in the Sweet Sixteen, the Michigan basketball program is entering a lengthy offseason.

"For a few weeks after the season, it is really an empty place for me," head coach John Beilein said after the game.

Beilein himself admitted how much he struggles after the season ends.

"I have to figure out what to do with myself for a couple of days," he laughed, "usually I just go recruiting and get out of the house because otherwise I'll mope around the house all the time."

However, the future for Michigan basketball is bright. Pending the NBA draft, the Wolverines will return all but Charles Matthews which means over 82-percent of the team's point production for this season will come back as well. The Wolverines are looking at a core of Ignas Brazdeikis, Zavier Simpson, Jon Teske, Jordan Poole and Isaiah Livers once again next season, who all gained valuable experience over the past few weeks in the Big Ten and NCAA tournaments.