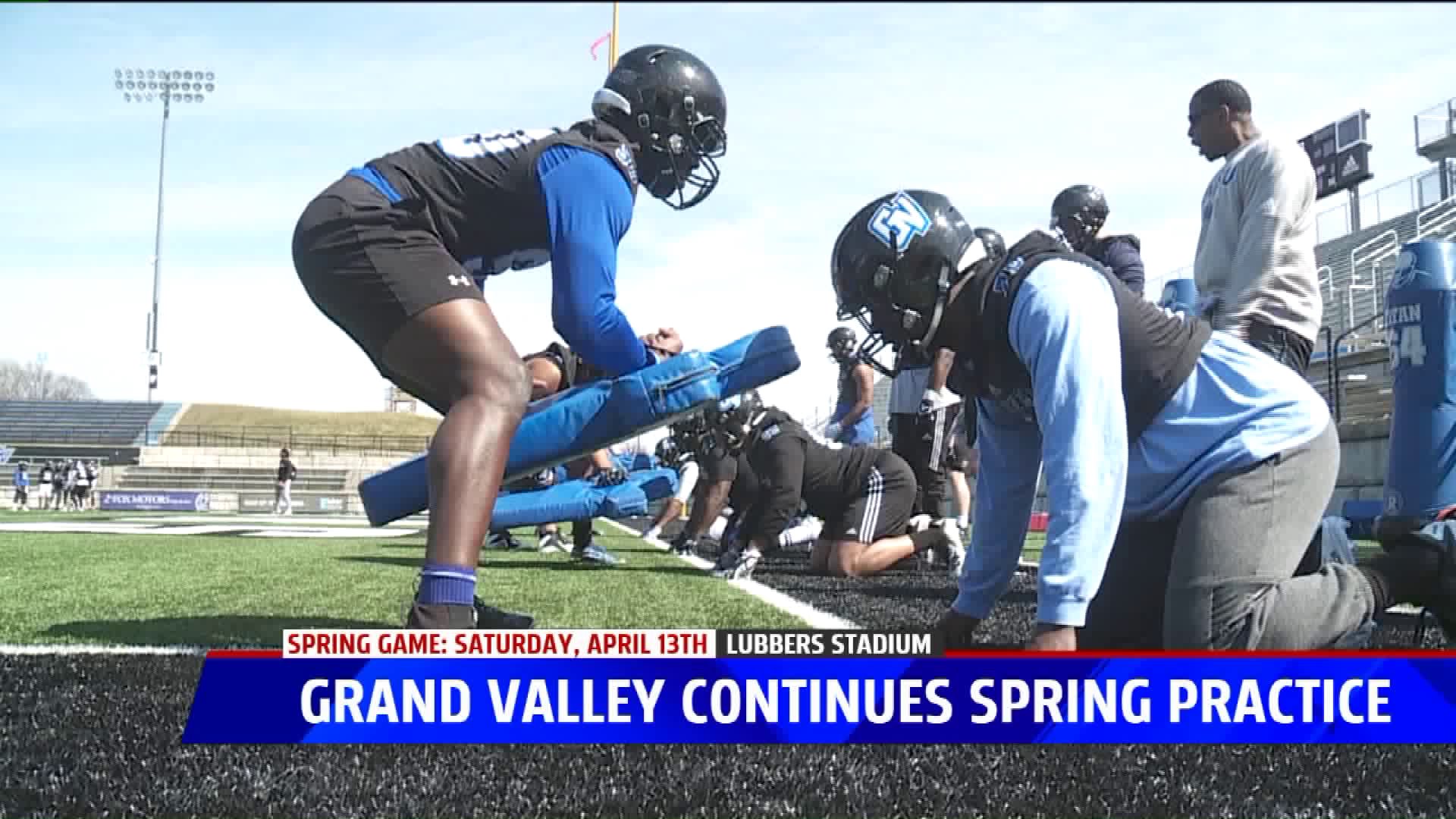 ALLENDALE, Mich. -- Even with the football season several months away, teams are back on the field putting in work. For Grand Valley State, the team is saying goodbye to a dominant senior class and welcoming open competitions at several positions.

"We're competing against each other," head coach Matt Mitchell said, "but it's like playing backyard basketball against your brother. You might throw some elbows against each other, but you're going to go in and eat dinner together and have some fun. It's intense out here, but I think we have a good squad of people that respect the work that's being done."

Rockford High School alum and Lakers linebacker Tyler Bradfield understands the competitive urge. "Everything is a competition," he said. "Every spot is up for grabs. None of them are settled, so you have to earn it every day out here. That's kind of the vibe we're getting from the coaches."

The Lakers will have their spring game on Saturday, April 11, at Lubbers Stadium.