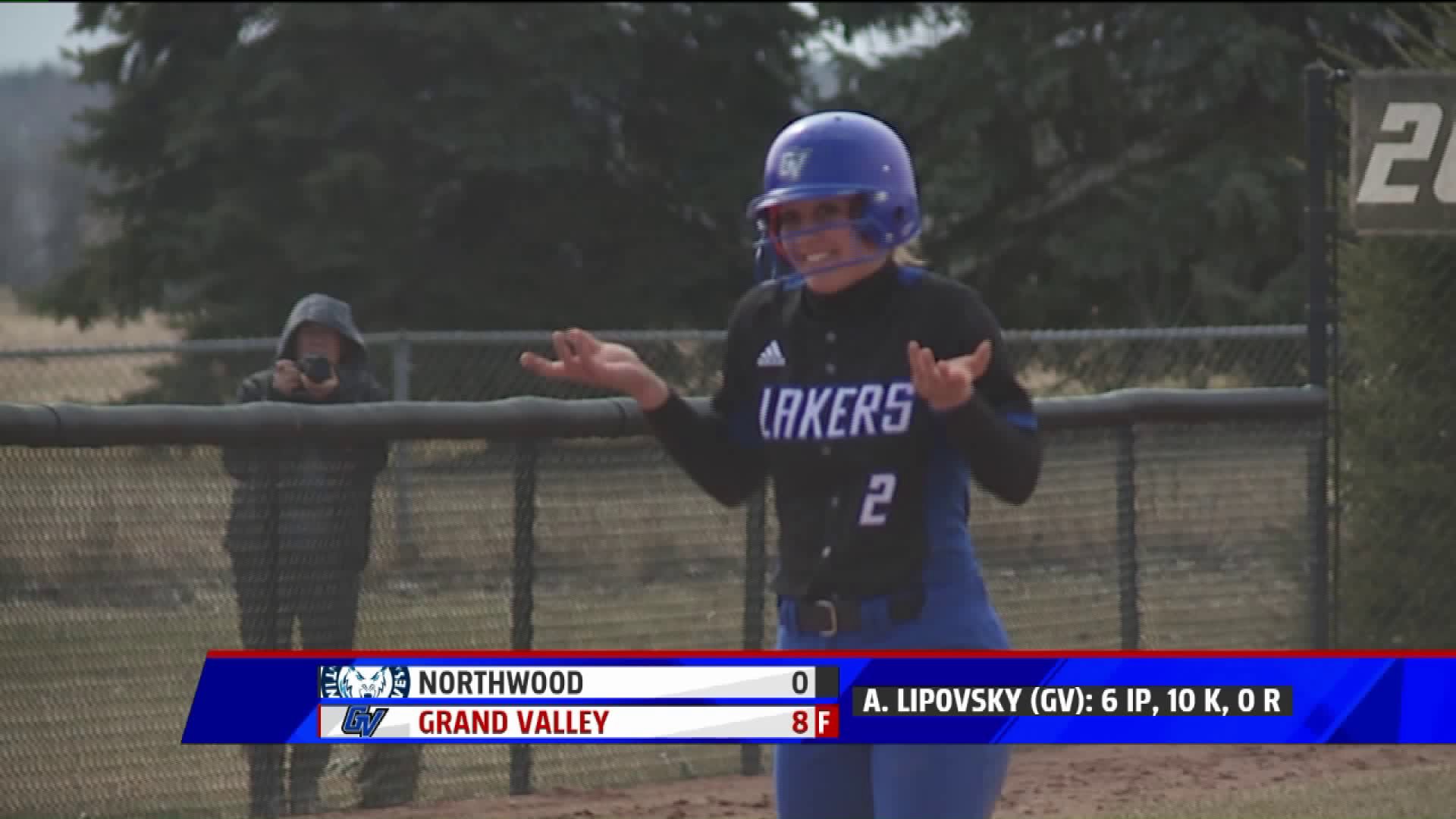 The Lakers have been impressive both offensively and defensively all season long, and they showed that in Game 1 against the Timberwolves, using six scoreless innings from senior All-American Allison Lupovsky to propel them to an 8-0 victory before a 14-13 win in Game 2.

The Lakers have now scored 174 runs in 26 games this season as they improve to 23-3 overall, while the Lakers also have a team ERA under 1.

They'll host Saginaw Valley State on Thursday and Ferris State on Sunday, both in doubleheaders.