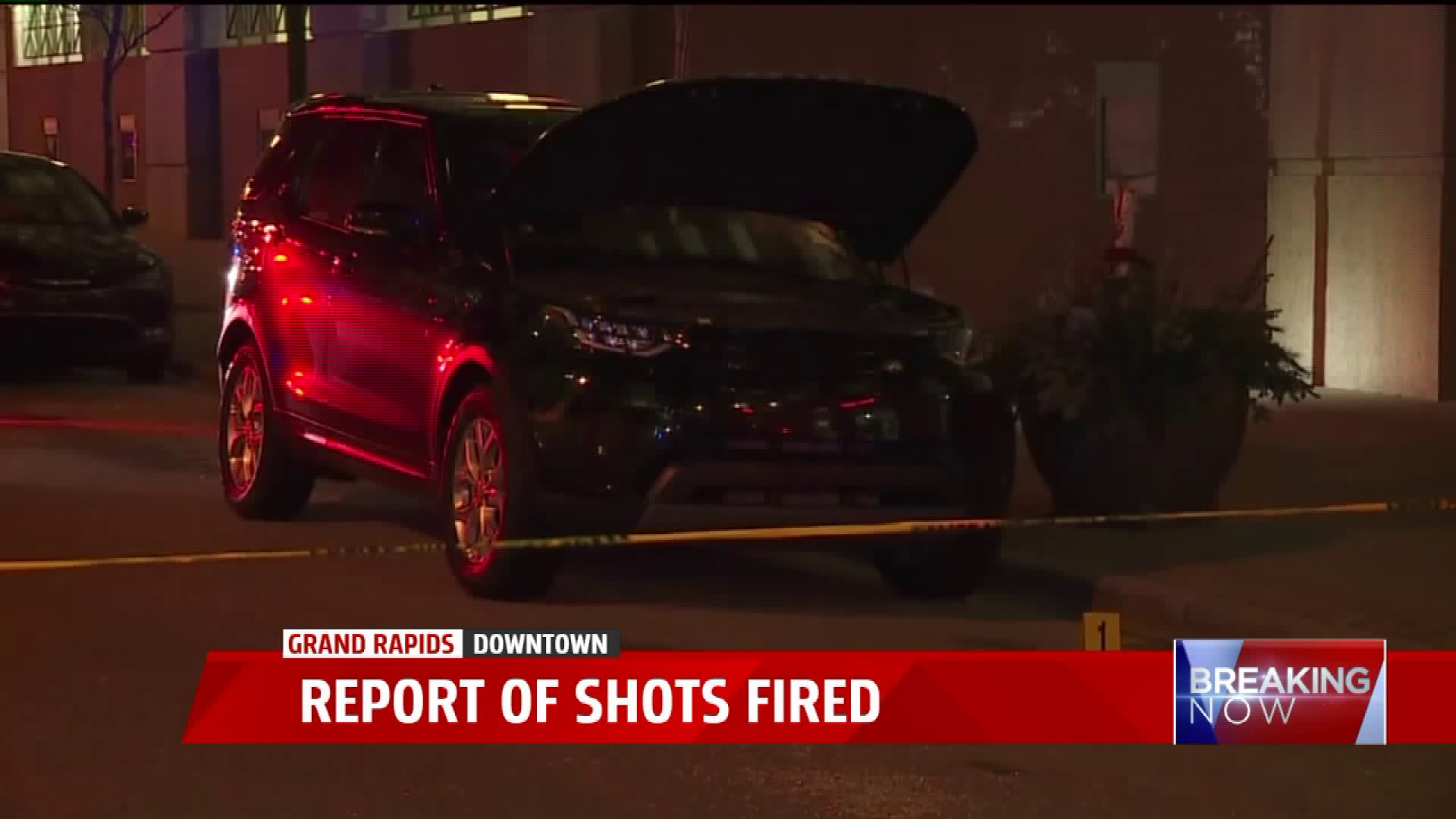 GRAND RAPIDS, Mich.  -- Grand Rapids Police have blocked off Ottawa Avenue at Louis Street downtown, after receiving a report that shots may've been fired near a parking garage Tuesday night.

Grand Rapids Dispatch Authority tells FOX 17 police are investigating a witness report only, and there's no confirmation yet that shots were actually fired. The report came in just after 10 p.m. Tuesday.

Police did take evidence from a vehicle near the Ottawa Fulton parking ramp. The driver of the vehicle was allowed to leave the scene in the vehicle, after police were finished taking evidence.

FOX 17 has a crew on the scene. Video showed  multiple evidence markers in the street.

A downtown concert let out at 10:30 p.m. tonight (Tuesday) at 20 Monroe Live, complicating nearby traffic flows.