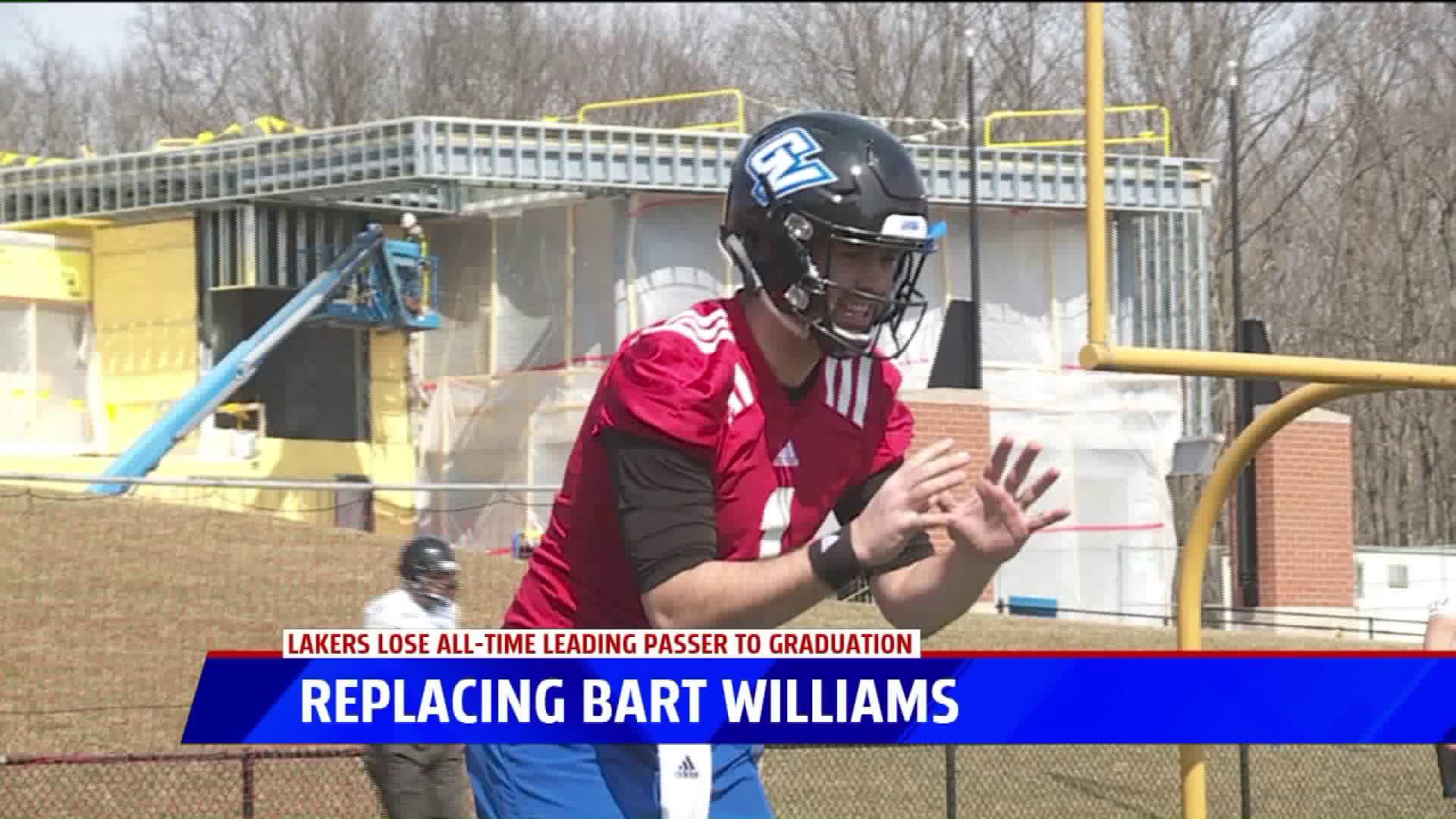 "It's a positive and a negative," GVSU head coach Matt Mitchell said. "Obviously, the negative is you lose the all-time leader in Grand Valley history and all the experience."

On the other side, however, Coach Mitchell and his staff get to find out what kind of talent they have at the position. "It's also energizing as a coach when you have other guys with other skill sets," he added.

The front-runner to replace Williams at quarterback is Cole Kotopka.

"I have to step up personally and perform well during spring ball this year," Kotopka said, "I have to step up and lead the guys, we have young quarterbacks, a really young offensive line, some inexperience at wide, so I'm just making sure everyone is lined up and knows what they're doing, just leading that way."

Kotopka appeared in 11 games for the Lakers last season and was frequently used as a running threat at quarterback, which brings a different look to the Laker offense.

"I want to do stuff other than just make throws, hopefully make plays out of nothing," he said.

Kotopka's athletic ability is something the Laker coaching staff is hoping to use a lot. "We're trying to kind of adapt our offense around all of our players, but especially at the quarterback position," Coach Mitchell said. "There will be some things that we couldn't (do) with Bart. That's not a knock on him, he was really good at what he did. These other guys are going to be good at what they do, and we want to make sure we can showcase what they're good at."

The NCAA allows football programs 15 spring practices and each day can set one player ahead or behind of another.

"It's very competitive," Kotopka added. "A lot of people think we're just going through the motions, but there are a lot of jobs going into the fall that need to be won, and they're won during the spring."

The Lakers will have their spring game at Lubbers Stadium on Saturday, April 11.