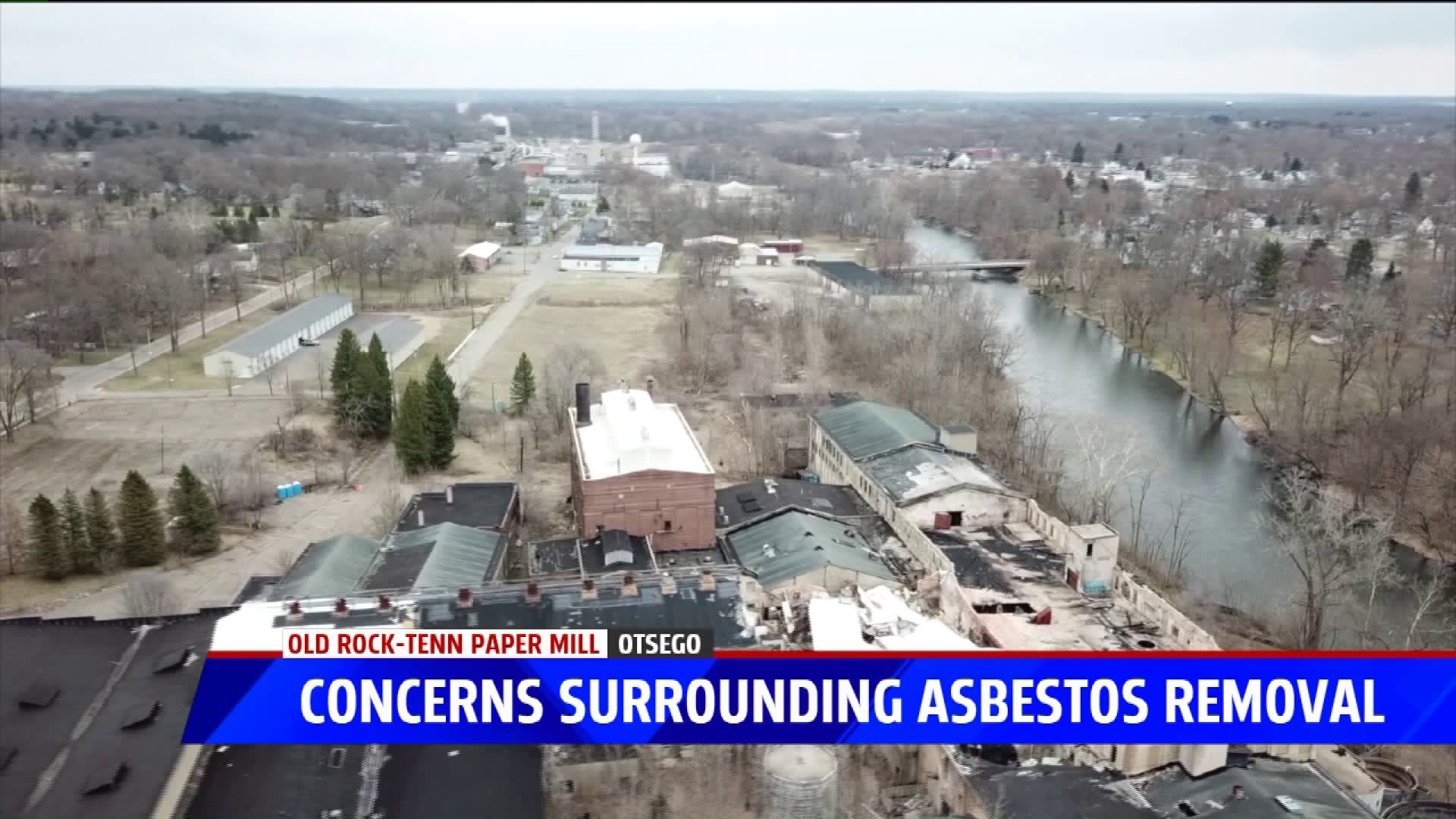 OTSEGO, Mich. - Dozens of residents in Otsego brought their concerns to a public meeting held by the EPA.

The meeting comes days before demolition is set to begin at the old Rock-Tenn Paper Mill off Helen Avenue  in Otsego. Asbestos has been identified in one of the buildings on site known as the 'power house.'

The EPA described the inside of the building: riddled with loose asbestos and other health hazards.

As the demolition project is set to begin, residents voiced concerns at the meeting Tuesday night that asbestos particles may enter the air and nearby Kalamazoo River.

The EPA tried to relieve those concerns by explaining that they will remove any loose pieces of asbestos. Then, the organization will wet the interior of the building so dust particles don't go flying. Any water will also be filtered as it leaves the demolition site.

Some residents, including Loree Bagley, came to the meeting because of a personal connection. Bagley's father died from Asbestos.

"I hope everything is on the up and up," said Bagley. "That's where I am putting my faith."