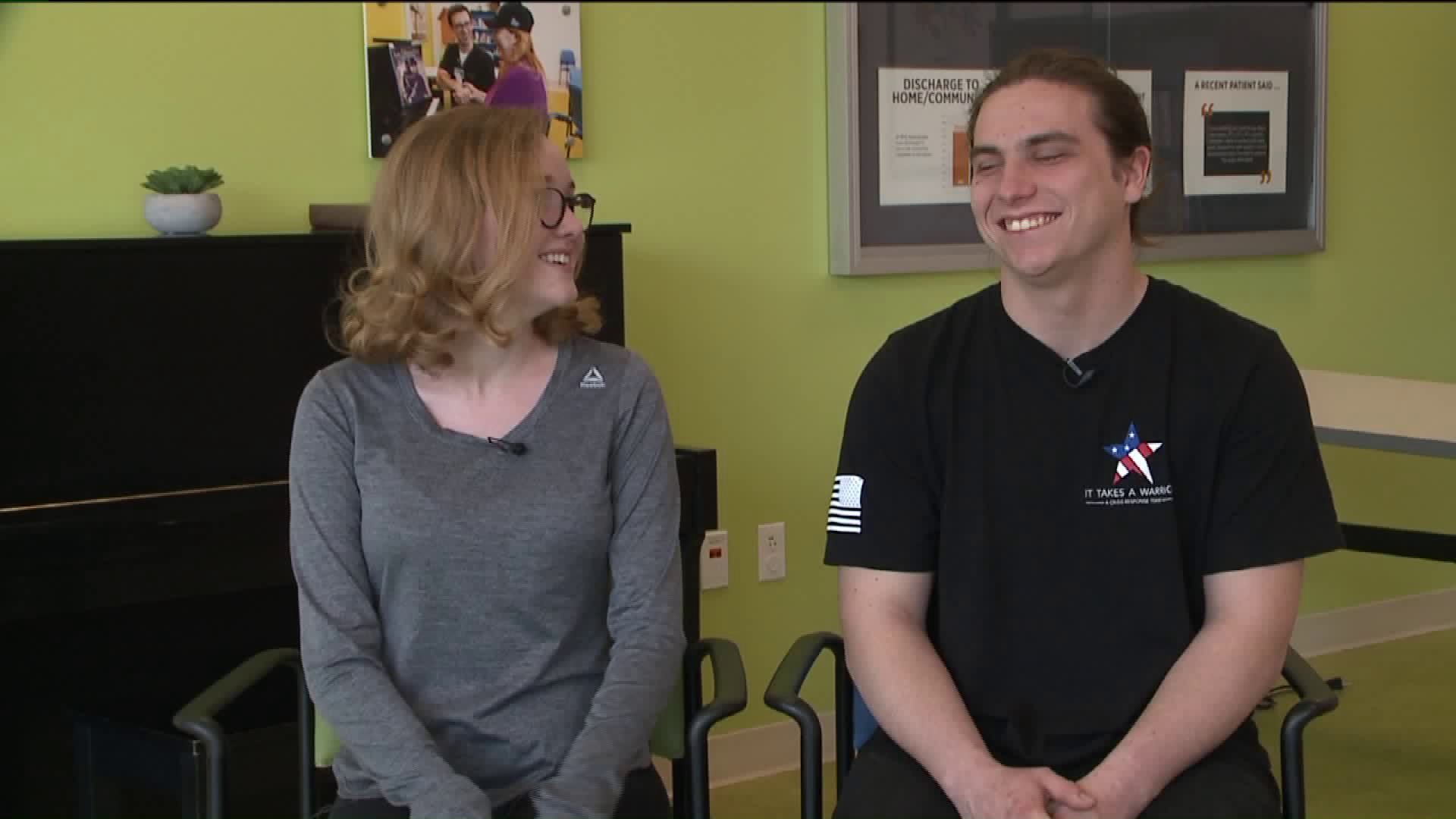 GRAND RAPIDS, Mich. - 22 year old, Olivia Satala tells us, "I didn't expect anything like this to ever happen to me."

She's referring to the last four months of her life.

It all started in December.

Olivia says, "So I was completely healthy, I was doing regular college student things, I was working going to school and I was finishing finals, and noticed tingling in my finger tips. I assumed it was just from all the writing I was doing taking notes and studying."

Olivia explains, "The doctors kept say I was having a migraine, and then the next day I would be on the phone with my parents crying and saying, ‘I wanna die, I don’t wanna live through this, I’m in so much pain!’."

After five trips to the doctor Olivia was finally admitted to the hospital.

It was there that Olivia was diagnosed with the rare Guillain-Barre Syndrome, a syndrome with no cure that attack’s the bodies nerves, paralyzing you.

In January she was sent to Mary Free Bed for physical therapy, her boyfriend of 2 1/2 years, Devan Jaime was by her side for each part of her treatment.

He says, "It’s not like I wanted to be home because it’s not home without her there, so I always just wanted to be with her."

Every attempt at a step, every shot, every test, Devan was there.

It was one month into rehabilitation in February, when all hope seemed lost, that he decided to give Olivia a little extra... encouragement.

"We were talking, and it was a rough day, and she didn’t quite understand why I was doing what I was doing, so I decided to show her."

So what did he do?

Olivia explains, "On the 24th, after a pretty intense, emotional break down, like hitting a low point, Devan asked me to marry him!"

After months of being numb, Olivia says that surprise proposal sparked something within; "'Cause I didn’t want to do anything anymore, I didn’t think I was getting better and then within five minutes I was like ‘Well let’s get started!'"

Today Olivia is moving better than she has since the first day she was diagnosed.

With her now fiancé by her side, the young fighter is ready for a new chapter together, she even jokes, "Now I have to walk down the aisle, and I don’t want to do that in a walker, sooo..."

Olivia is hoping for a full recovery from Guillain-Barre Sydrome.

She and Devan leave Wednesday, April 3rd for Saginaw where Olivia has six months of out patient therapy.

After that therapy the young couple plans to move back to Grand Rapids where they’ll be very busy because their wedding date is officially set for October 19th, 2020!