Parker Meadows becomes the next top prospect in West Michigan 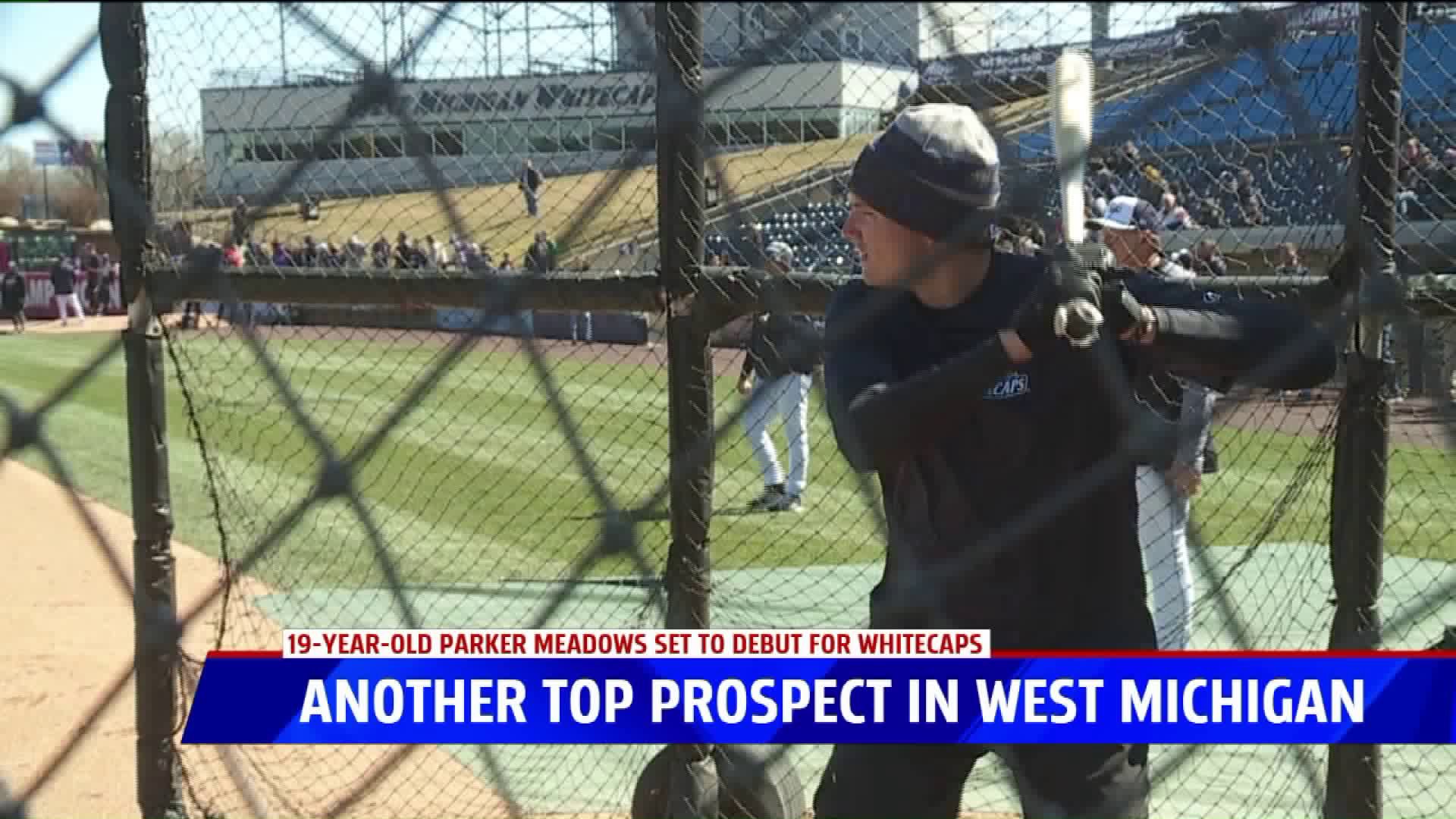 GRAND RAPIDS, Mich -- It's hard to believe that just twelve months ago, Parker Meadows was playing high school baseball in Georgia. After being drafted 44th overall in the 2018 MLB Draft by Detroit, he chose to sign with the Tigers instead of playing college baseball at Clemson.

"I think it was a pretty easy thought process," Meadows says, "I heard how good the Detroit organization is, obviously Clemson is a great school but i think this was a better fit for me."

Now, Meadows is getting set to begin his first full season of professional baseball right here in West Michigan and has become the talk of the Whitecaps roster.

A lot of baseball fans will be keeping their eye on Meadows this spring but he's not letting that pressure get to him.

"You know, that's something you have to take in, but I'm just really excited [to be here], I've heard the atmosphere here is great."

Baseball America has Meadows listed as the seventh best prospect in the Tigers organization and Whitecaps manager Lance Parrish understands why.

"He had a great spring," Parrish said, "I think he opened a lot of eyes, he's a tall lengthy guy and has a ton of ability, runs very well, plays center field very well and swings the bat very well."

Parker is the younger brother of Tampa Bay Rays outfielder, Austin Meadows and continues to benefit from his advice and experience.

"He's helped me a lot with the mental process," Parker said, "he was in the minor leagues for about five years and told me to keep that level head, don't get too high on your good days or too down on your bad days."

Parrish is hoping to have Meadows around for a while here in West Michigan but in minor league baseball, you never know what to expect.

"I'm hoping we get to have him for a while but whenever somebody does good they get moved up so hopefully we can keep him," Parrish smiled.

The Whitecaps open their season on Thursday and Friday at South Bend before the home opener at Fifth-Third Ballpark on Saturday at 4:00 PM.