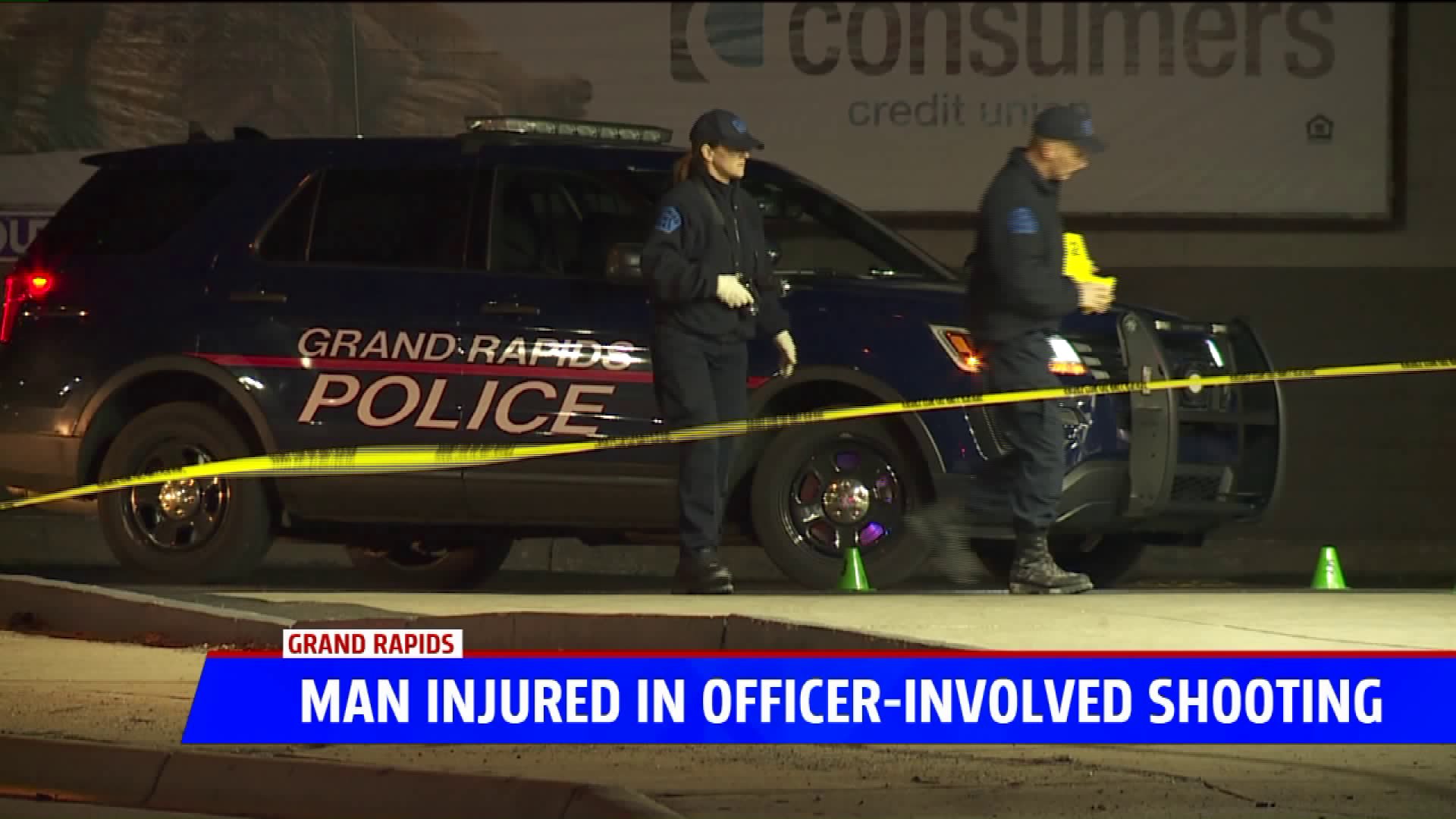 GRAND RAPIDS, Mich. -- A 30-year-old man is currently recovering from surgery after an officer-involved shooting in Grand Rapids.

It happened around 12:30 a.m. at the Marathon Gas Station near the intersection of Leonard Street and Alpine Avenue NW in the city's northwest side.

We're told officers were dispatched for reports of a suicidal man armed with a handgun. When they arrived the found the man and made contact with him.

At one point, an officer ended up firing rounds towards the man, striking him. He underwent surgery and is in stable condition.

No officers were injured, according to police.

The man's name has not been released, but employees at the Marathon say he is a regular and had even done odd-jobs at the station at one point.

MSP is taking over the investigation into what led up to the shooting and the officer involved has been placed on administrative leave, which are both standard protocol.

If you or someone you know is having suicidal thoughts, contact the National Suicide Prevention Hotline 1-800-273-8255.