Whitecaps host open workout for fans ahead of season opener 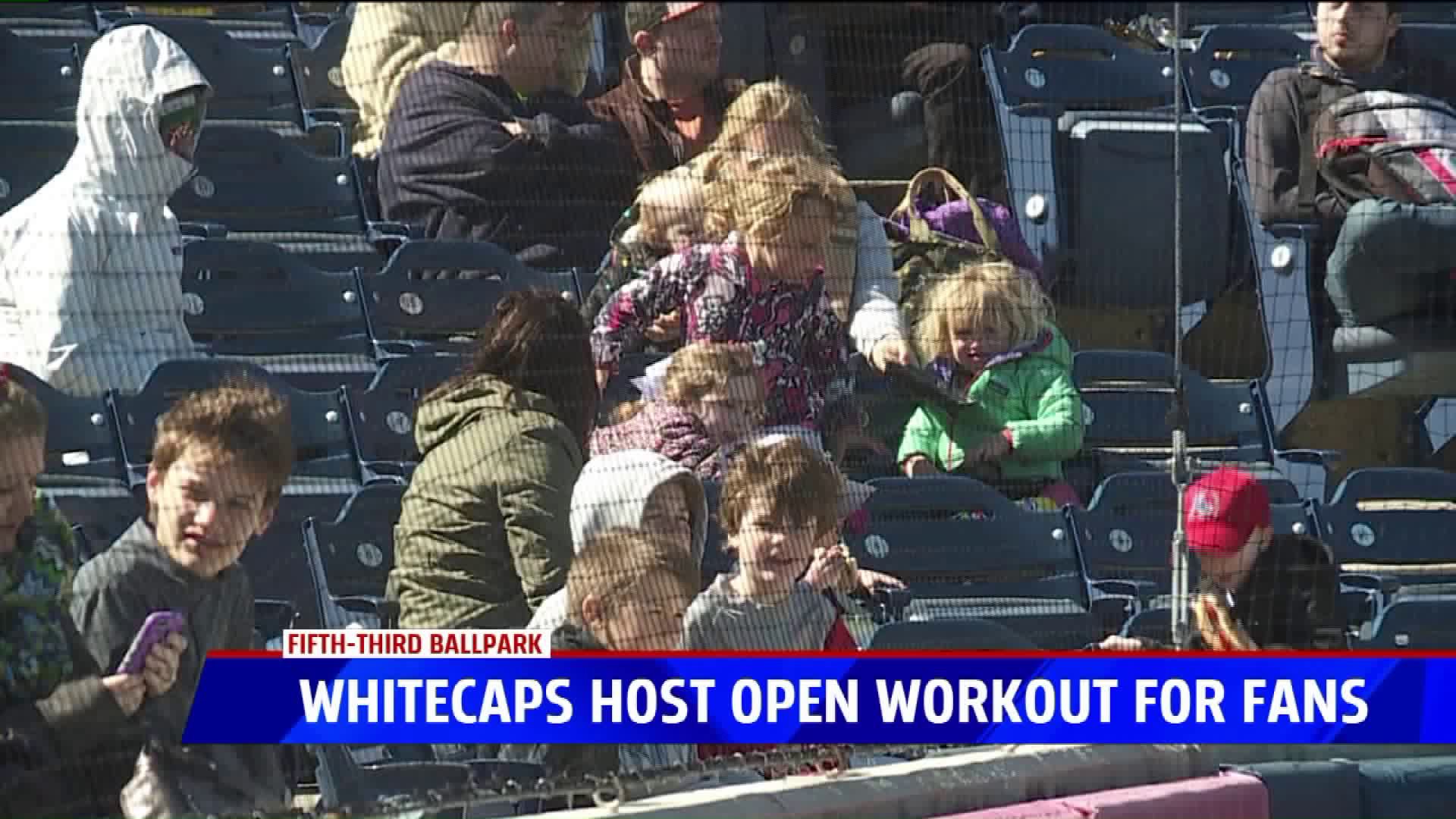 COMSTOCK PARK, Mich -- Baseball season is back. The Whitecaps hosted an open workout on Wednesday afternoon to give fans an early look at the team, ballpark food, and much more.

"It was a little bit cold but it was a good day to be out with the sun shining, I talked to other fans about the Whitecaps and hopefully what will be a great season," Whitecaps fan, Maury Geiger said.

With a lot of local kids on spring break, it was fun for all ages. Mary McCarty attended the workout with her two sons, both who play little league baseball.

"It's a beautiful day and we love the Whitecaps," McCarty said, "we have two little leaguers here and to see how they're practicing is great. We love to see the coaches and how they're giving feedback so we can say 'hey even the big guys get feedback.'"

It was a windy day and a bit chilly at the ballpark but it didn't stop many fans from coming out.

"It was obviously cold," Scott Parker said, "the wind didn't help but it's just fun to see them practice, I love the game, played it since i was five years old for nine years so I love to be around it."

The Whitecaps home opener is Saturday, April 6th at 4:00 PM.