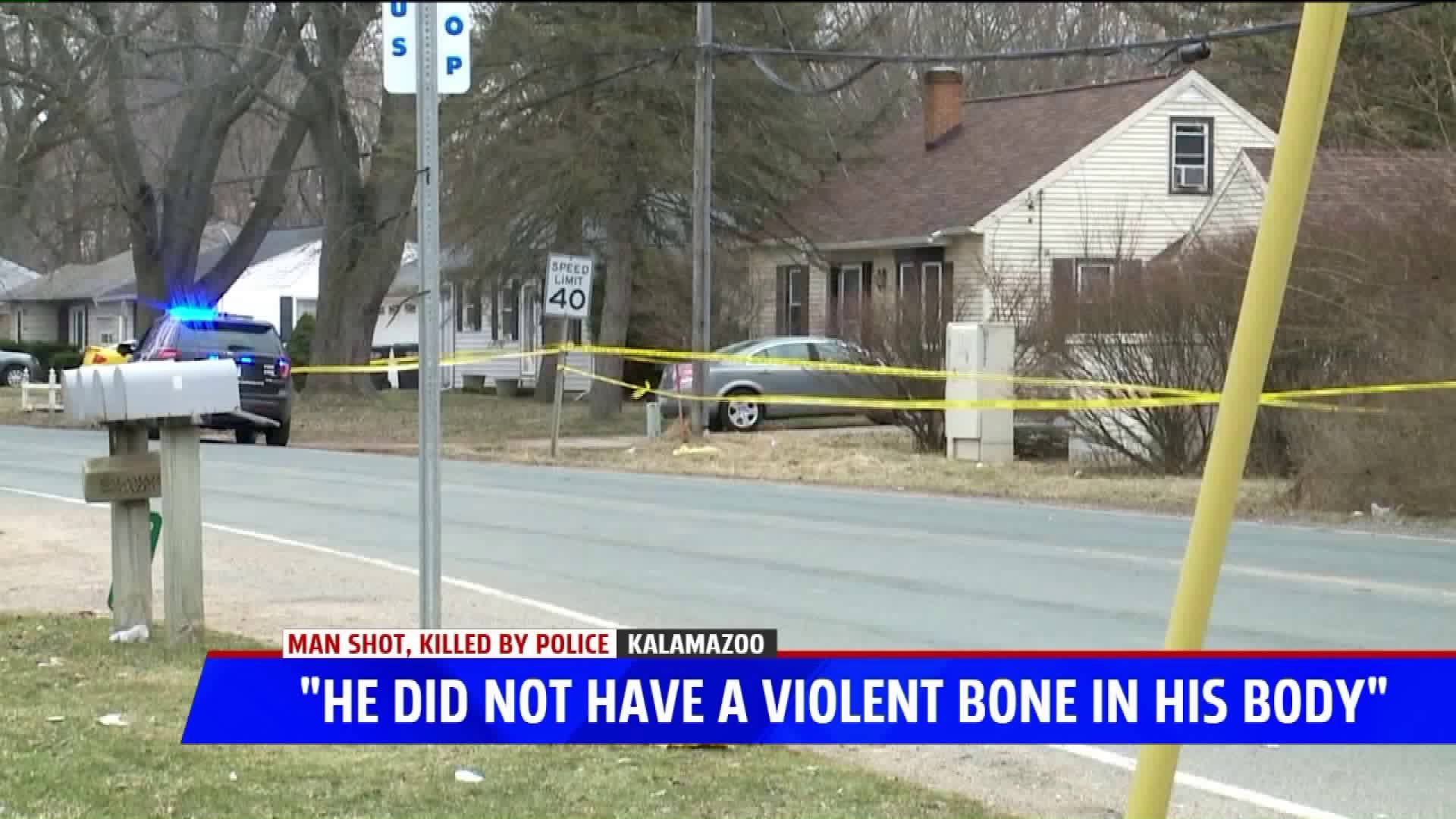 KALAMAZOO, Mich. - A Kalamazoo family is mourning after a loved brother, father and friend was shot and killed by authorities Thursday.

Thomas Verile, Jr. was wanted for violating parole after nearly hitting two law enforcement officers with his vehicle, just days before the standoff with police.  Verile had a prior history of breaking and entering and weapons charges.  Michigan State Police say they were looking for Verile because he had multiple warrants out for his arrest.

His family tells FOX 17 that they don't want to remember him through court documents or through his mistakes, but as a good-hearted and loving person.

Nicole Soule, Verile's sister says that he loved everyone and made everyone smile.

"He made everybody laugh, whether you knew him or not," says Soule. "He was the class clown. I mean, he did not have a violent bone in his body."

They say they were surprised to find out their brother was shot by multiple officers in a house off of G Avenue in northern Kalamazoo Thursday.  Investigators have said Verile made threats to police and said he had a weapon, but was found to be unarmed after the shooting.

Soule admits her brother made mistakes, but says that they don't think he acted like police are saying.  And if he did, they believe it was only because he was scared.

"I think he just got himself in a corner and didn't know what to do," says Soule.

Police say they don't have much to add from their earlier statements as to what led up to the shooting.  The investigation is continuing.

The Verile family is raising funds to cover Thomas' funeral costs. You can donate to their fund here.