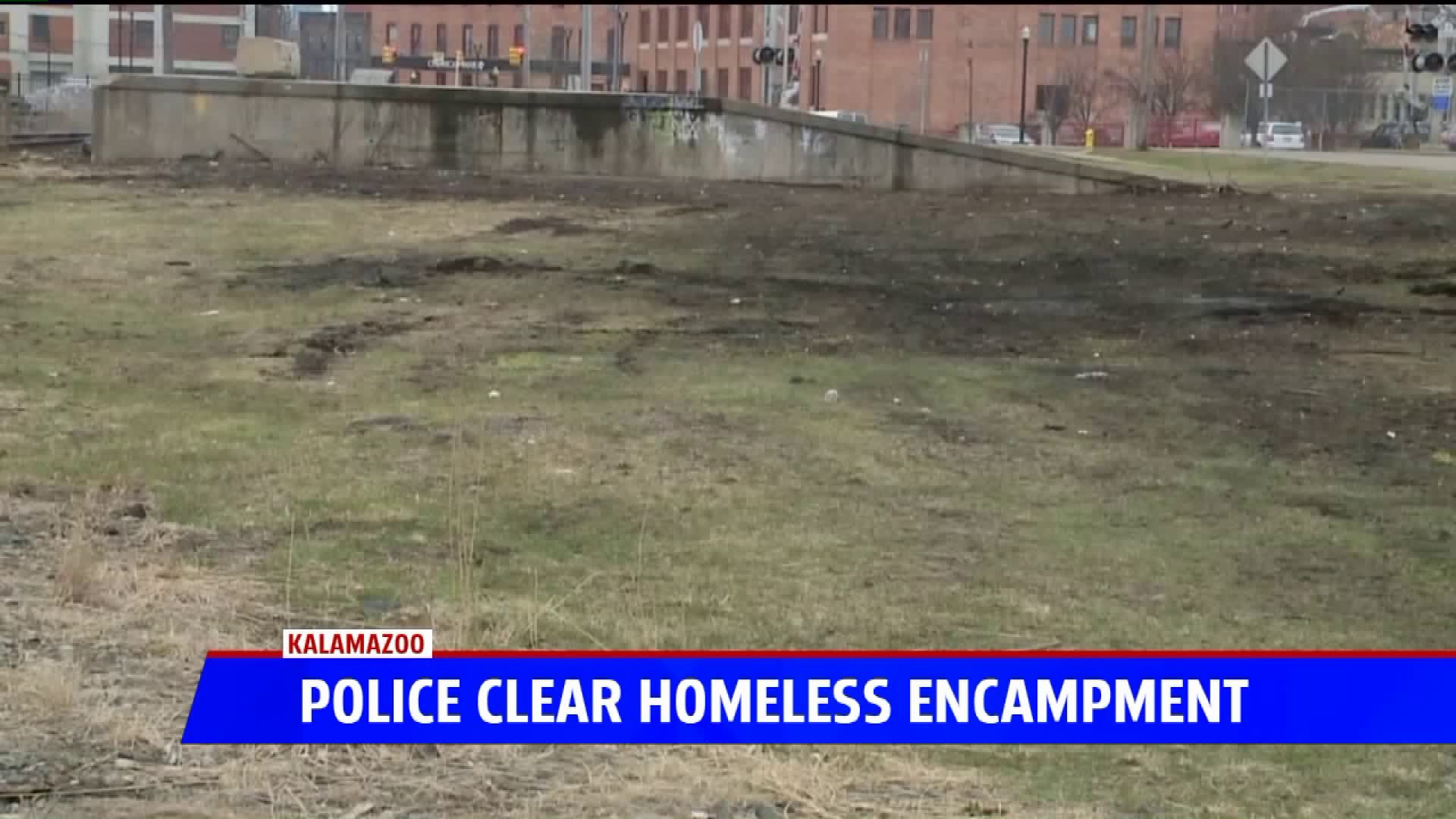 KALAMAZOO, Mich. - Several people living in a homeless encampment were removed from the property in Kalamazoo Friday afternoon.

The Kalamazoo Public Safety reports that at about 8:00 a.m., they removed several occupants from an encampment in the 500 block of N. Pitcher at the request of the property's owner.  No one was arrested and no citations were issued.

Officials say that the people living at the location had been offered social services since January. They were also offered assistance in moving from the location today.

The Public Works department also assisted in removing debris and garbage from the site.