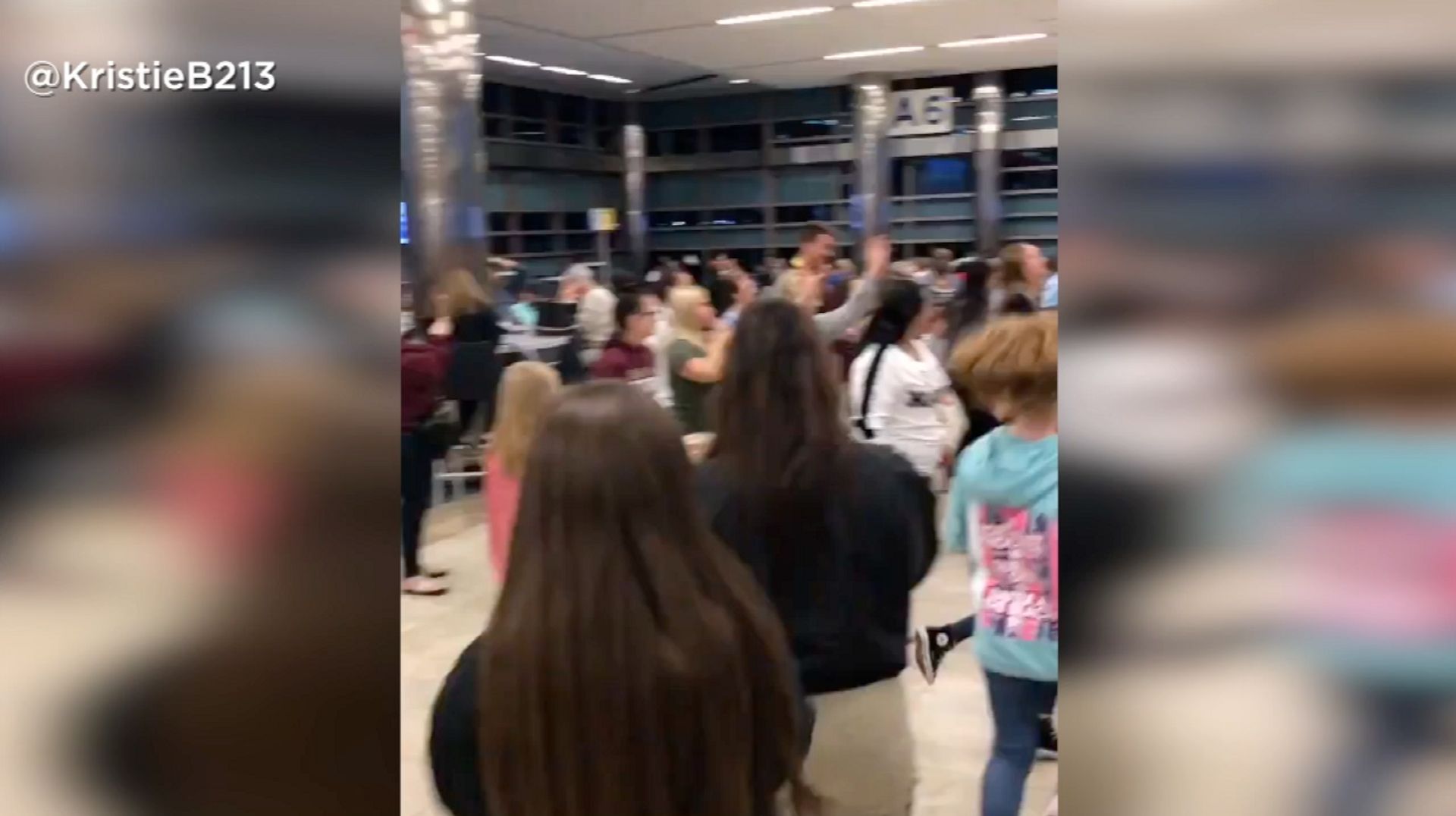 When one New Jersey cheer squad’s flight was delayed home, a Spirit Airlines employee became a temporary new teammate and danced with them at the airport.

Several South Jersey Storm teams competed at the annual Battle at the Beach cheer competition in Myrtle Beach over the weekend. According to mom Kristie Brown, who traveled with her 6-year-old daughter to cheer on the competing teams, the group’s flight to Atlantic City was supposed to depart at 9:45 p.m. Monday. When it was delayed until 10:30 p.m., they decided to pass the time dancing.

"One of the coaches [just] picked up a speaker, turned some music on, and the girls just started dancing," Brown said. "Next thing we know, we look over and one of the employees just jumps in and starts dancing with the girls."

In the video, you can see the employee standing in the middle of the group wearing a yellow and black shirt. If you have trouble spotting him, wait a minute. You'll see him answering his walkie talkie during the dance break.

Spirit Airlines retweeted Brown's video and identified the guest dancer as agent Robert Dillon. Brown also said she received vouchers from the airline for the inconvenience caused by the delay.

"There's always so much negativity with airlines and airports, so it really just made everyone kind of smile and laugh, and the girls continued dancing and had a good time," Brown said.

Our flights are mostly on time, but when they aren’t…we make the best of it! Huge shout out to Robert Dillon at @flyMYR who kept our Guests entertained while they patiently waited to board their flight! #WhenLifeGivesYouLemons @AC_Airport https://t.co/AWKSFW1JSp