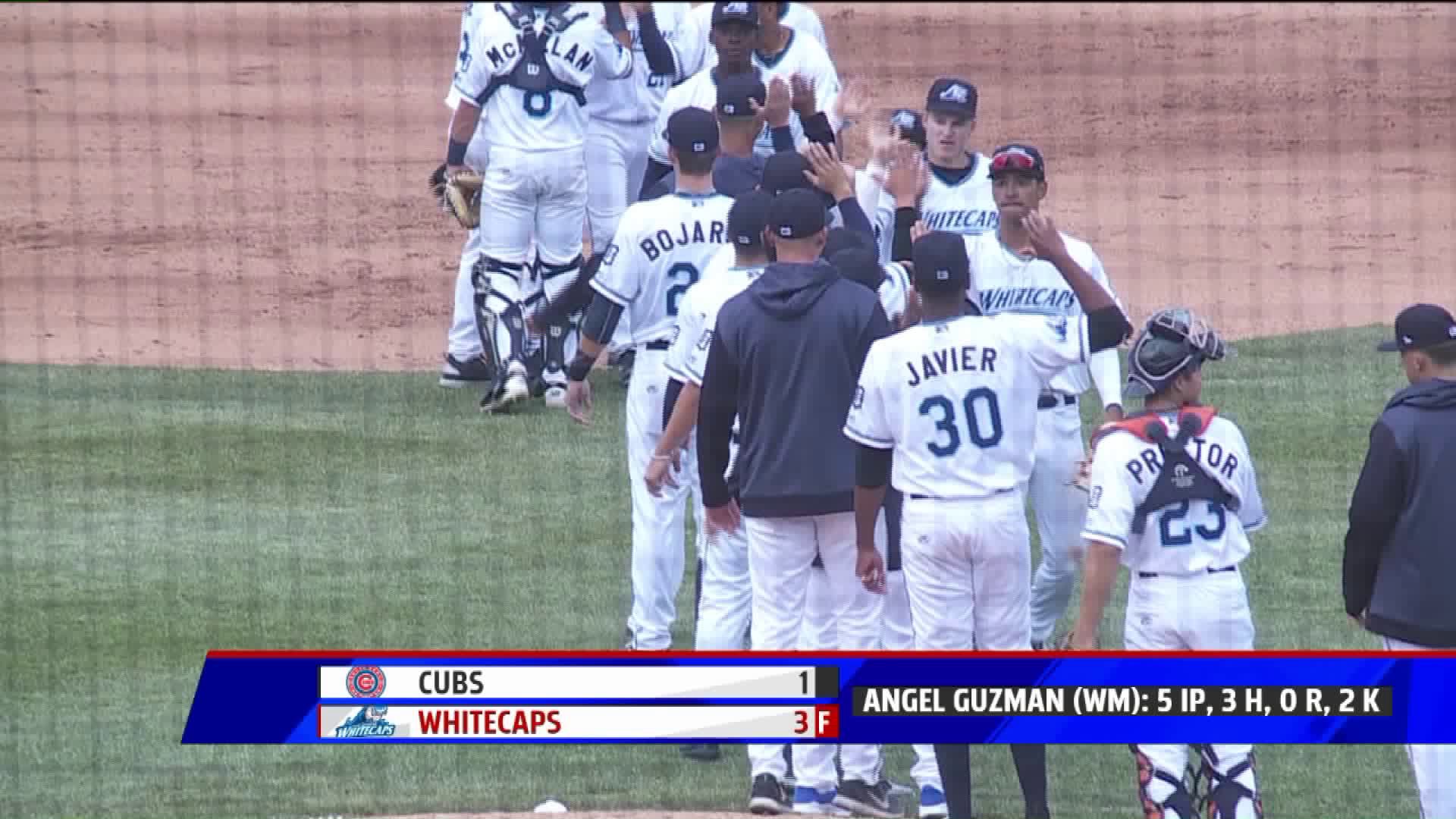 COMSTOCK PARK, Mich -- In front of an outstanding crowd of over 6,000, the West Michigan Whitecaps picked up win number one on the 2019 campaign, 3-1 over the South Bend Cubs.

Whitecaps starting pitcher, Carlos Guzman threw five scoreless innings while allowing just three hits and striking out two. Meanwhile, the fifth inning proved to be the difference for the 'Caps when Sam McMillan and Avery Tuck both had RBI doubles to right-center to make the score 2-0. West Michigan would take a 3-1 lead into the ninth inning where Angel Reyes took care of business in a two inning save.

While picking up the first win of the season was nice, Whitecaps manager Lance Parrish was impressed by not only his team's play, but with the weather as well.

"It's amazing," Parrish laughed, "I'm probably more amazed by the weather after last year what we had to endure, I put all these clothes on because I thought it was going to cool off but it seemed like it was getting warmer as the day went on. Hey, I'll take it any day of the week, it was beautiful," he added.

The Whitecaps young roster had a chance to take in Opening Day and a ballpark full of fans.

"I mean everyone talks about how awesome it was," 20-year-old catcher, Sam McMillan said, "it was really cool, a lot of fans, a lot of energy, they're really good baseball fans too, they're in the game so that was awesome."

At this time last year, Whitecaps center fielder Parker Meadows was playing high school baseball in Georgia, so this was a change.

"It definitely lived up to the expectations," the 19-year-old said, "I was expecting a lot of fans, a great atmosphere so it was a lot of fun."

West Michigan is now 1-2 overall on the season and will take on the South Bend Cubs again on Sunday afternoon at Fifth-Third Ballpark at 2:00 PM.