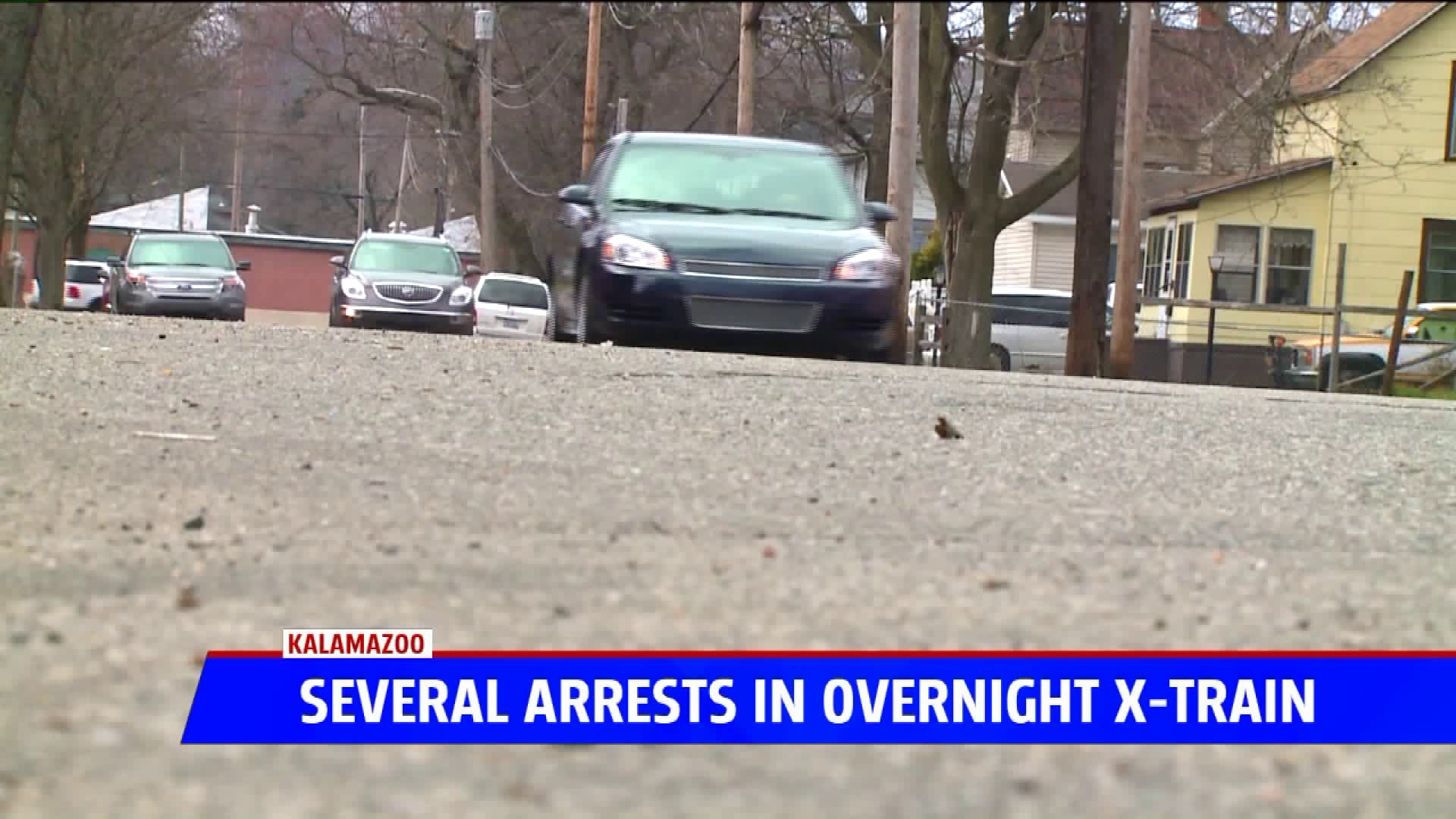 KALAMAZOO, Mich. -- Several people are behind bars after multiple investigations involving what police call the "X-Train."

The Kalamazoo Department of Public Safety reports that calls came in crowds, fights, and shots fired between midnight and about 3:30 a.m. Sunday morning.

At about 12:05 a.m. officers responded to shots fired near the area of Florence and North Westnedge Ave. They found a woman and after investigating arrested her for various assault and gun-related felony charges.

About an hour and a half later officers investigated the area of Princeton Ave and Norway Ave for more shots fired. They found a dozen shell casings that they determined were shot from a moving vehicle.

Officers then stopped a car at about 2:40 a.m. along the 700 block of Douglas ave. In that investigation they found the 22-year-old driver had an unregistered handgun as well as ammunition. He was arrested for charges related to that gun.

Finally, at about 3:20 a.m. officers were called to a hit and run near East Frank and North Burdick St. They failed to find anyone at the scene, but located one of the cars involved further down Burdick near West Patterson. Police found the car had taken heavy damage to its front end and arrested the 39-year-old male driver from Kalamazoo for operating while intoxicated.

If you know anything about any of these incidents or the "X-Train," you are being asked to call the Kalamazoo Department of Public Safety at 337-8120 or Silent Observer at 343-2100.