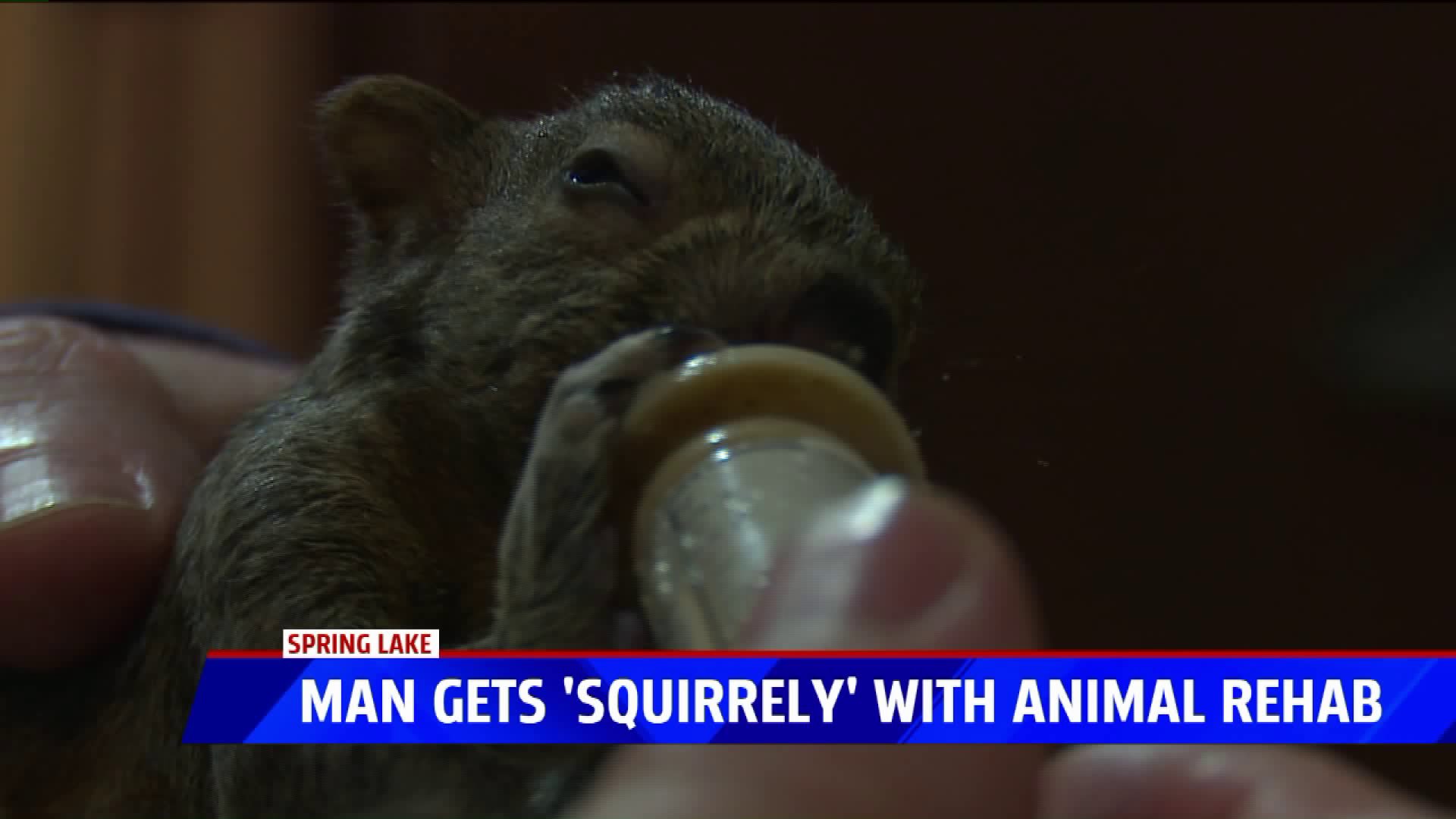 He does all his operations at West Michigan Squirrel Rehab out of pocket, saying he has the financial means to make it happen, and he doesn't want people to shy away from asking for help when they find baby squirrels, because people might feel obligated to donate.

It's a complicated process. Brad has special feeding syringes and zoological-grade formula for the squirrels he rescues. Since he started operations about six years ago, he has saved around 60 squirrels.

“For the first few weeks of having the babies, you don’t get much sleep,” Brad Boyink said.

This definitely not a job for just anyone. The baby squirrels need to be fed every three to four hours through the night. Brad even takes them with him to work so they don't miss a meal.

“People think they can do it actually end up killing the babies, because they have all the good intentions but they don’t have the training,” Boyink said.

Brad says a lot of the time, baby squirrels aspirate if left in a beginner's hands. That's why it's important to call someone with certification and training with the Department of Natural Resources.

Brad says he does it because he loves the little animals.

"Everything deserves a chance. I give them the best chance I can,” Boyink said.

Find a licensed wildlife rehab location near you here.