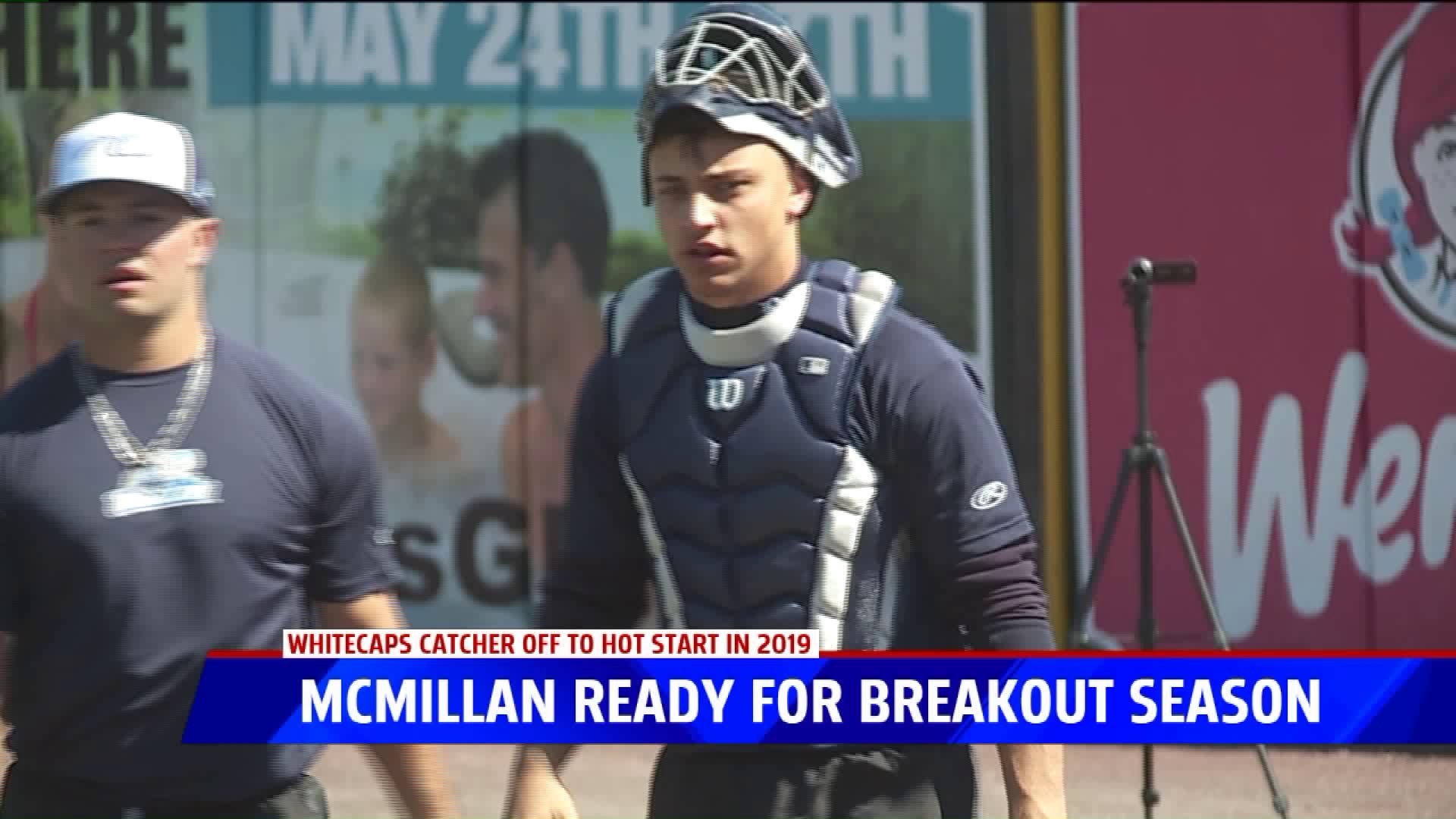 "Catchers are my big project," Parrish said, "Im looking forward to working with Sam, I think he has a bright future and has a lot of talent. We'll just see how far we can push him this year but I'm looking for big things."

Meanwhile, Parrish is the ideal manager for a catcher looking to advance in his career, like McMillan is.

"Having him around is awesome," McMillan said, "anytime you get to be around him in Spring Training and work with him, you really have to pay attention because he had the career he had and obviously he knows a lot. I'm really lucky to be able to work with him this year," he added.

McMillan was drafted out of high school in the 2017 MLB Draft and was selected in the fifth round by the Tigers. After a lot of consideration, McMillan opted to sign with Detroit rather than going to college to play baseball at Florida.

"It was a lot of it was talking with family, I was happy with either one, I felt like they were both really cool and I ended up going with the Tigers and it's been a lot of fun," McMillan stated.

The journey for the Florida native hasn't been easy. During his senior year of high school, his father passed away unexpectedly.

"He was always proud of me, he was always at every game he could be at and he was really my number one fan, I know it sounds cliche but that's really the truth."

Now, Sam is over 1,000 miles away from the rest of his immediate family who are located near Live Oak, Florida.

"I keep pretty close with my mom and brother and I think it's made our relationship stronger and I'm very thankful for that," he added.

Last season wasn't easy for the Tigers prospect. McMillan hit just .158 in short-season A-ball Connecticut but turned a lot of heads in Spring Training over the past few months.

"What I saw last year and the difference he's made this year, he's grown an awful lot," Parrish said about his catcher, "he seems a lot more relaxed and confident behind the plate."

The Whitecaps offense has struggled out of the gates this season but McMillan has already homered and added an RBI double in the home opener. More importantly, he's enjoying the Whitecaps roster and the chemistry the players have.

"It's going into my second year now, I was fortunate enough to be around some of the new draft guys last year in Connecticut so I feel like we're familiar with each other. We all have really good relationships and that just makes it even more fun," McMillan added.