Holland family waits for charges in death of mother of five 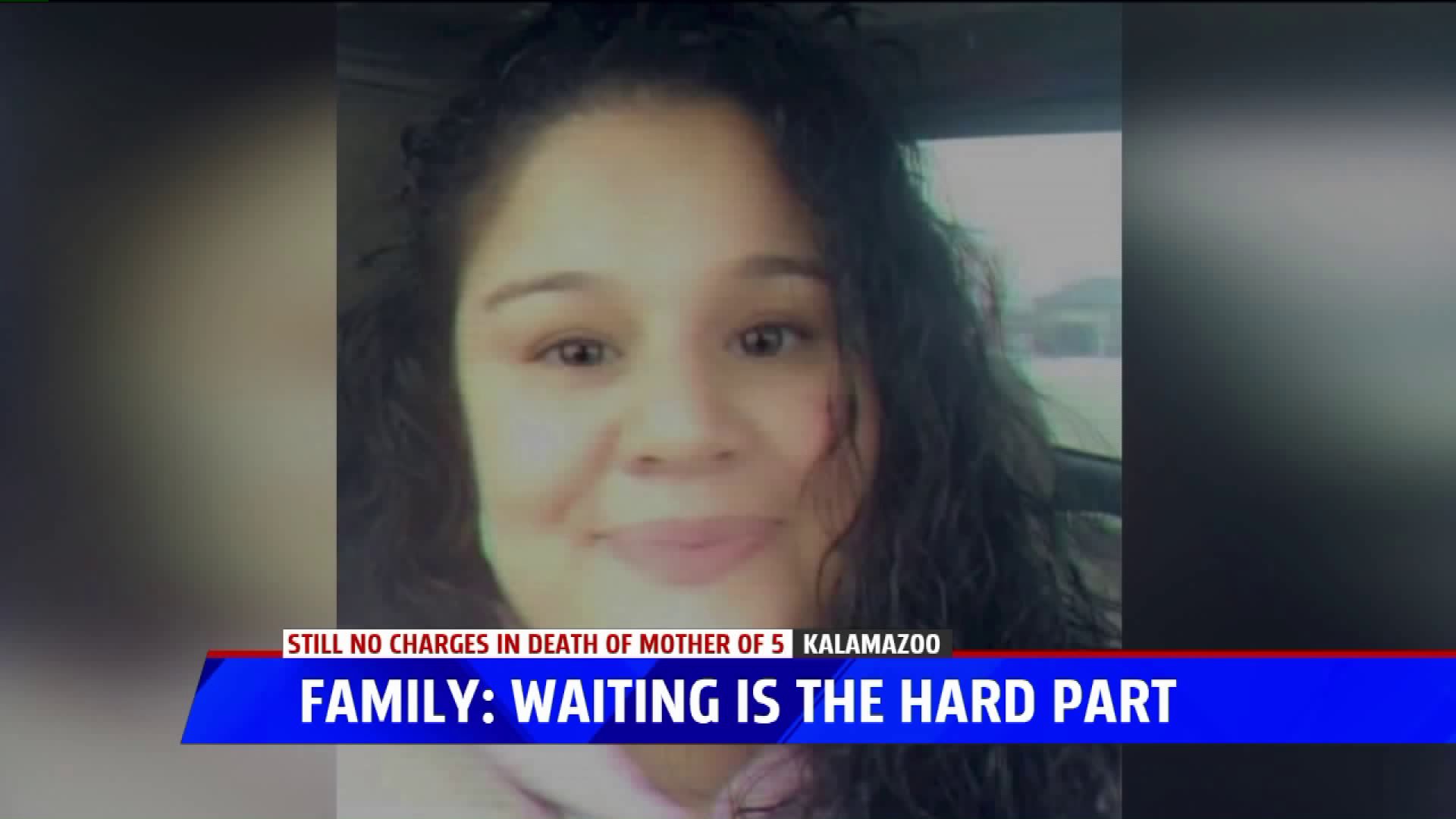 HOLLAND, Mich.-- It’s been more than a month since a mother of five was found dead in a home in Kalamazoo.

Nikkole Riojas was found dead in her home by four of her children. Her family says they'd like to see charges brought against the person-of-interest, and estranged boyfriend, Anthony Ozomaro.

According to family, Ozomaro and Riojas dated for several years, having two children together. But, friends tell us they started having problems.

On the afternoon of Friday, March 8th, police were called to Riojas' home and found the 35-year-old dead inside.

Ozomaro, 32, was later identified as a person of interest, and when officers tried to talk to him, he ran, and was eventually arrested after a standoff in a vacant home. He is being held on multiple charges, including fleeing officers and drug offenses.

But, a month after Riojas' death, no one has been charged in her death. Her family saying waiting is the hardest part, hoping those charges could bring closure.

"I hope he goes to hell. I don't give nothing for him. He deserves, everything he gets now. He just damaged my whole life and my kids," says Grace Sandoval, Nikkole's mother.

"Waiting is the hard part, not knowing, not knowing what's going on," adds her cousin, Shonda Smith.

"It's hard. It's really hard for me. I don't even know how I'm doing, but I'm doing it just for my kids, I need my kids," says Sandoval.

Kalamazoo Public Safety tells us that there are still a number of things they are looking into before they can bring charges.

Ozomaro is currently being held on Fleeing Police and Possession with intent to distribute, after a bag of meth was found in his home.

As for her the children, Riojas' mother tells me she's making an effort to keep the children together. Find out more at this link.